Happy New Year! May you and yours have a blessed 2019.
My new year started with 2 octopuses and 3 scorpion fish....it's all good.
My friend said perhaps the octopuses were scared off by the fireworks last night. HA. And that could be true! They would definitely wonder what was going on. 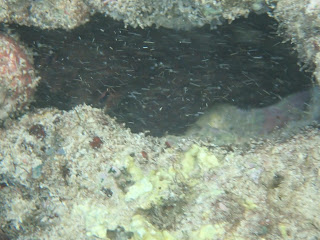 You can see the water quality was not the best, but the eye of #1 is to the left...just above the little bulge of the rock. So about a third of the way over from the left. 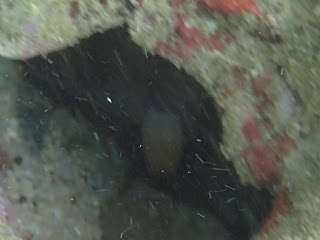 #2 was showing siphon and a bit of brown.  It's supposed to be winter here: there shouldn't be that much wave action! But I'm not complaining: some folks are cold and don't get to swim in January. I am blessed. 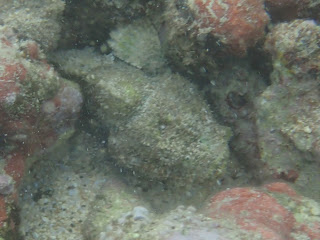 You can see that it's a good hider. I was quite proud to have found this scorpion fish: it didn't move at all. 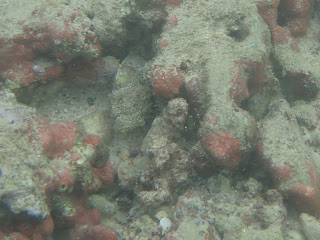 And this is what I first saw. Would you have spotted it? (Just to the left of the red rock in the middle.) 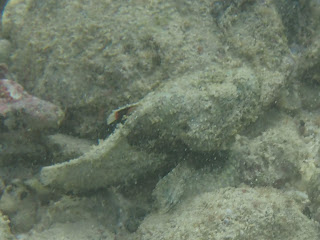 This was Scorpion Fish #2. This one did move, trying to escape me. ha. I do think they are even better at camouflage than the octopus. 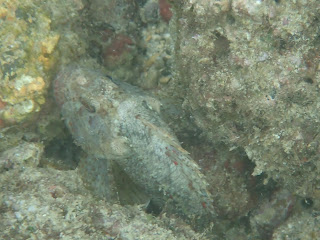 Spotfin Scorpion Fish, actually the 1st of the 3 scorps that I spotted. 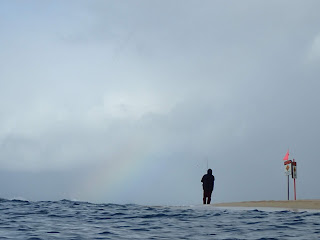 This very dedicated female fisher was there quite a long time.  I doubt she caught anything, as there were people swimming in the deep side and the fish tend to move away....but the rainbow was nice too. 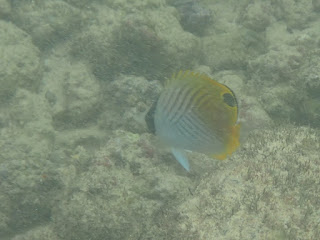 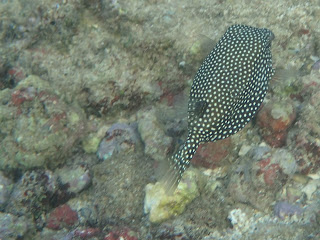 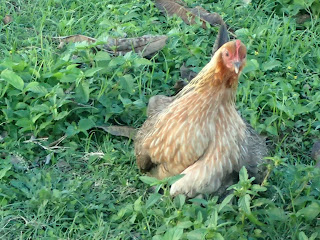 This hen was acting very oddly, until I realized that she was hiding chicks under her wings. She was loath to move, so as to not have to reorganize those hiding underneath.. 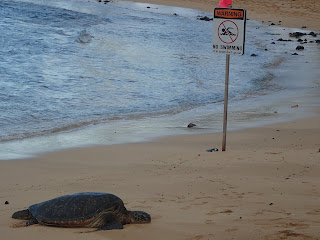 Apparently, this honu believed the sign. We all agreed it was left over from last night's fireworks, so I went in anyway. 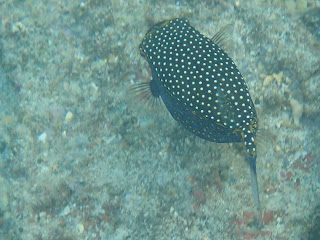 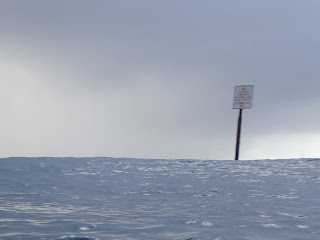 Rain offshore. It reached us, which was ok with me as I was already wet from swimming. 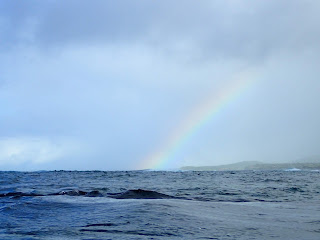 Another shot of the rainbow 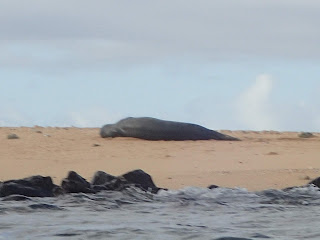 Seal resting comfortably on the island. No one walked out there to bother it either. Thanks God!
Nice start to the new year.