Yesterday, I was involved in a possible crab accident.  Today, they might have gotten even! 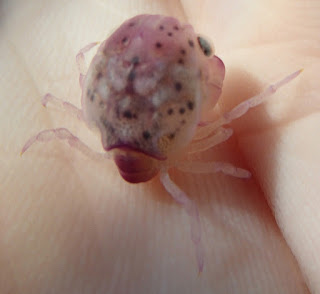 This little guy (much magnified in this photo) grabbed onto my ear.  Feeling it, I picked it off, took its picture and let it go.  It floated off...no idea what it is! I'm hoping crab spider (the nearest I could come to an i.d. on the interwebs), but I'm afraid it might also be some kind of ocean louse.  if you know, please let me know!

There were of, course, many palm trees and clouds. 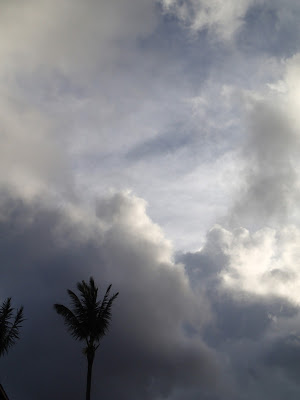 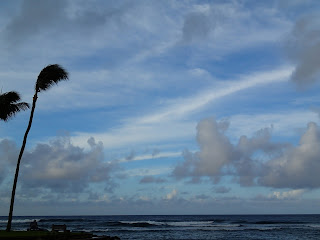 It doesn't hurt to have the ocean in ANY photo! 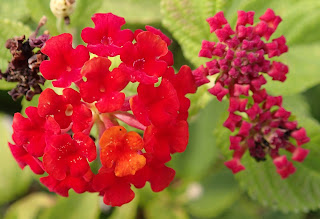 These flowers were so interesting.  Bits separate from the flowers.....reminds me of some I saw in France... 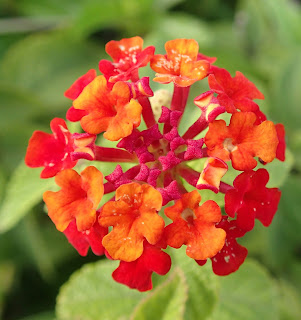 You can almost see them as little sugar stars...the ones in the middle.  Quite an interesting combo.


We had a bit of a double rainbow at the beach in Poipu.  Coupled with one octopus, two seals, 2.25 hours of swimming...there isn't much better than that! 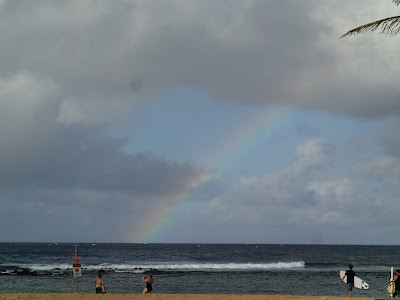 The double part was very faint... 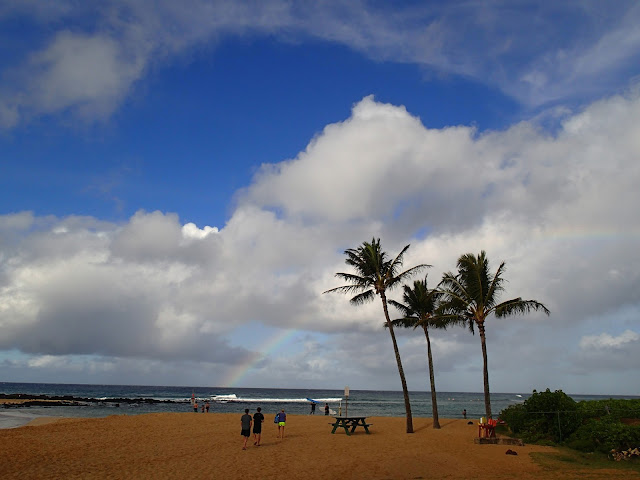 And as my sweetheart would say, there was a "lump seal"...since they laze around on the beach, that's what we call 'em... 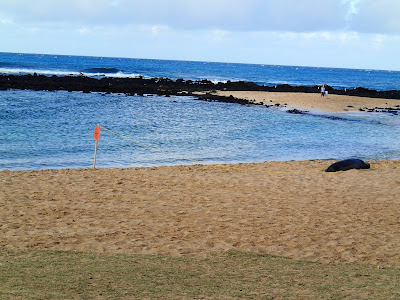 The problem sometimes is that people approach them when all they are doing is napping....it is hard to tell they are alive.  So we have volunteers who rope off the area, to keep out curious folks...they are protected, legally, too, so it's all good.

And 3 diff kinds of hawk fish: 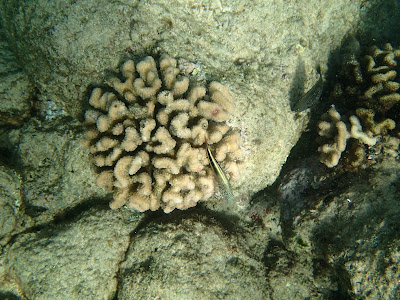 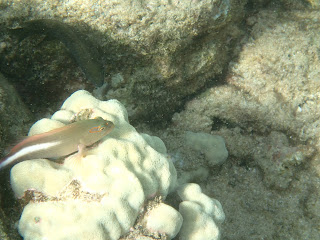 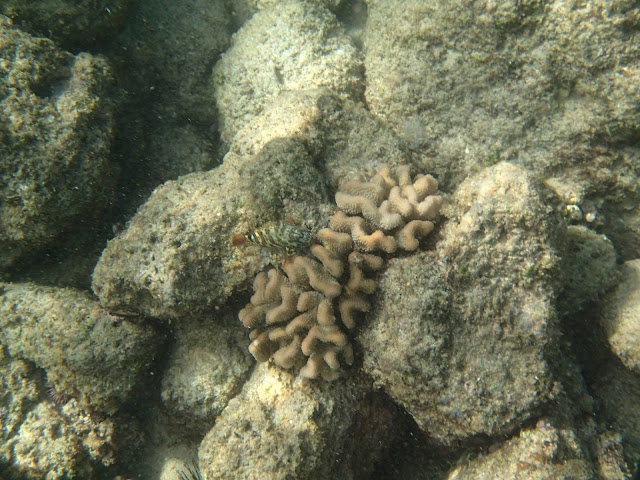 Love these guys!  Also, they stay pretty still, so it's easier to catch them on camera......

The one and only octopus hid pretty well, so the photo is NOT fabulous! 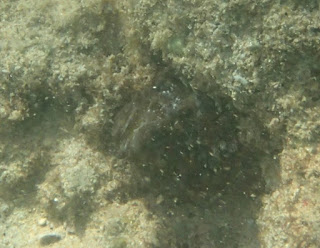 Should I call it an Eagle Eye challenge?!
Did also see a flounder! Peacock kind... 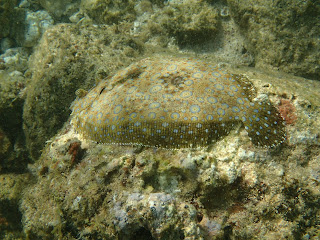 A smallish one, but still cool... 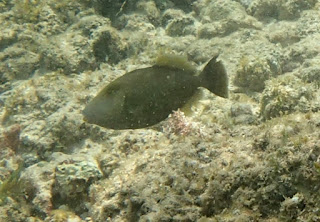 If you know the type of Trigger this is (or know someone who will know), please let me know... It hid quickly and for quite a long time, so this is the best shot I got.. 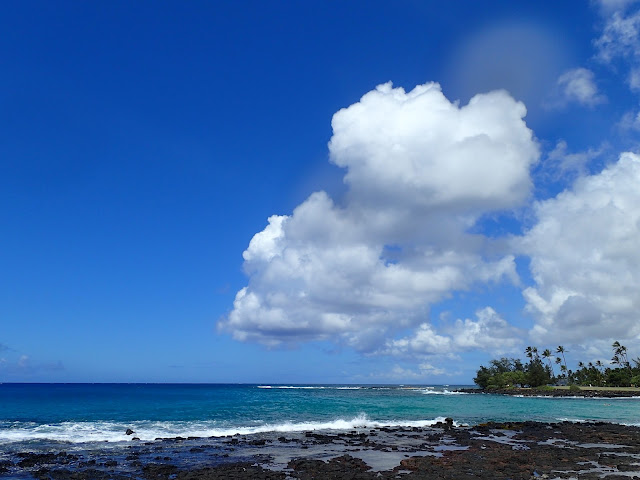 And if you lived on Kauai, you would know that there's a love/hate relationship with chickens.  They wake you up (well, those that sleep beyond 4 a.m.....) and they stroll across the street and make you wait.  After all, you don't want to run over a chicken.  There'd be a mess! 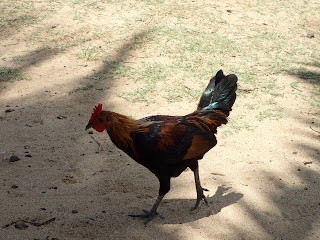 Some of them are quite beautiful.  If you can look without telling them to shut up.  Tempting, but again, they don't listen anyway....

Let me know what you think of the blog in its new form. And thanks for reading. Go on out and appreciate all that God created!

Posted by octopigirl7 at 6:50 PM No comments:

Clouds when I've been up for hours already!


Clouds here on Kauai are always pretty fascinating.  to me, at least! 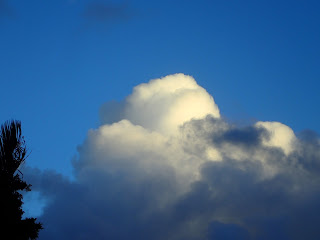 I am trying out a new blog spot...wordpress was telling me that I was getting too big for my britches, so I'm working to see if this new one will be good.  My own domain, too: kauaianew.blogspot.com
I think.

And since I just now started this new thing, I haven't figured out how to "design" the blog. This I will discover!  Perhaps I will leave it as it is, and let the photos decide the colors. We'll see...I'm hoping there's  way to comment on this.  And that I can get a link to work...I do not want to lose my wordpress followers!

The moon was showing its face this morning, too: 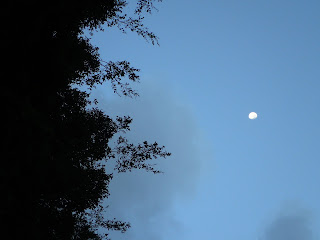 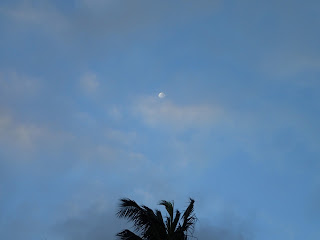 I guess I shouldn't use blue, if I make a background color. HA 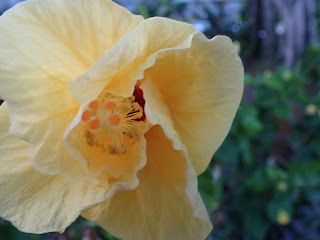 Again making use of the microscope feature, which allows me to get really close. 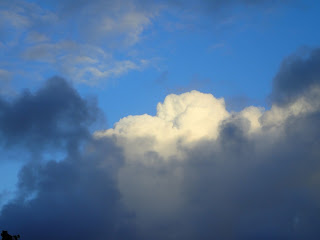 I will send this to some people that regularly read the blog....let me know what you think! And since my usual concept with my hair is to throw my hands through it and rush out the door, that might be the way I design this blog! Stay tuned..
Posted by octopigirl7 at 11:18 AM No comments: