Praise God the octopus have returned!

I know it's hard to imagine that God just sits up there, awaiting my requests to see octopuses. I did ask to see some, using Matthew 7:7 (Ask, Seek and Knock) and by George, I did see two octopuses!

And this was even after the 3 seals were cavorting in the kiddie pond today...yes, I was thinking on Monday and Tuesday that they had eaten all of the octopuses. (It could happen.)

But I was able to spot a couple of the little darlings: 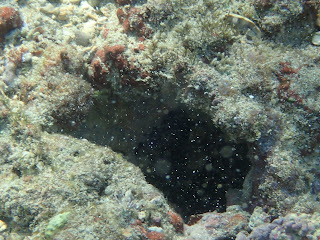 Granted # 1 was hard to see.  But there, nonetheless. And it was, as they usually are, a smart one: I'm sure it saw me, but it stayed well back in its den and didn't venture out to see what I was. Smart, I'm tellin' ya! 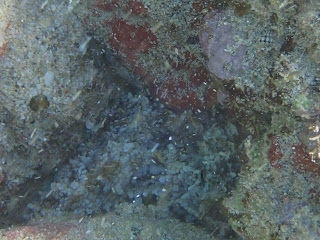 The second octopus also stayed still. It didn't even change color at all. You can just barely see the eye in both photos. Look for the thin white lines radiating out from a maroon colored slit. No one said the good things are easy. 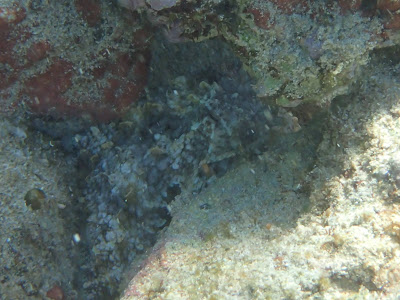 I was very chuffed today to get on Google to look for a supermale Christmas wrasse and was directed to my own website! WOW! I don't remember that happening before. It also showed me pinktail durgons, which are also favorite fishes.

I am very thankful that I was able to spot some octopuses today. I do understand that it's the REAL ocean and sometimes a spot can be overfished.

And speaking of the reality: I looked up a supermale Christmas wrasse because I saw one circling and chasing a Moorish Idol, around and around a big rock! I thought: What the heck is that fish doing?!

I was so intrigued that I forgot to video the experience. But I was able to take a photo of the aftermath: after going around and around and around, the wrasse put on some speed and caught the Moorish Idol! And he ate the sucker! 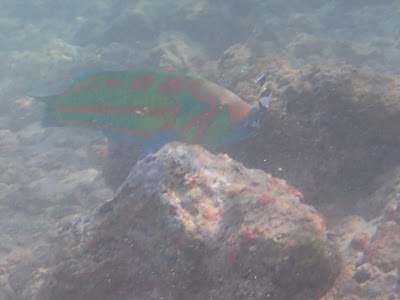 You can see the Idol just outside the bigger fish's mouth. Poor Moorish Idol! 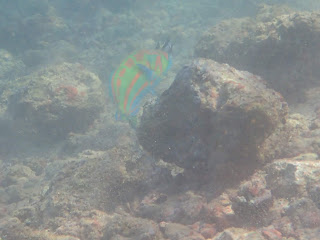 And so you won't have that image stuck in your mind, here is a trio of Moorish idol that I also snapped a shot of, still alive, that is: 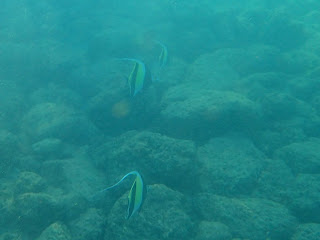 Obviously, the water wasn't pristine, but they are pretty anyway. 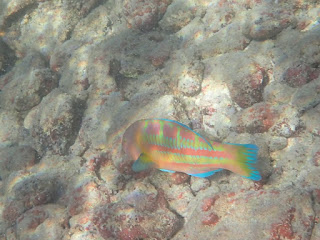 And here's the non-super male of the Christmas wrasse. So pretty with the light on 'em. 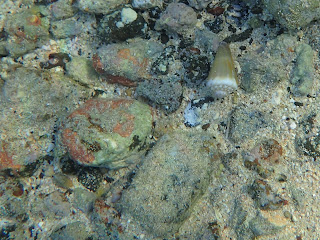 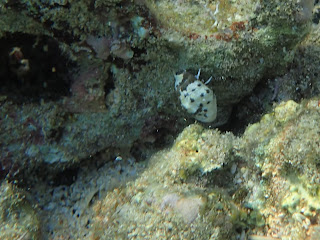 And a Drupe shell that sprouted legs! I think there was a crab inside. Just guessin'. (I didn't pick it up.) 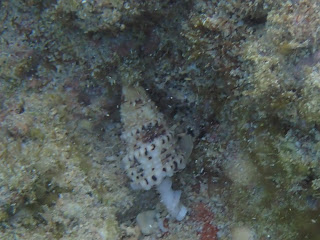 And part of a Horn Shell. I love these shells, with the pretty patterns and shapes. 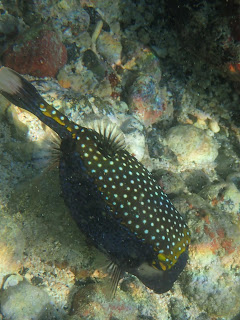 And for my sweetheart, the male Trunk or Box fish of the day. 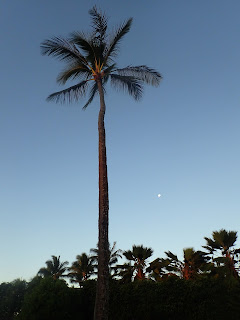 And since I was over the moon about the octopuses, here's the actual moon and a palm tree, too. I was also able to see Jupiter and Venus this morning. I would be more into the astronomy thing, but I have a hard time staying up late. Luckily, I was able to see them with just a bit of sun this morning. 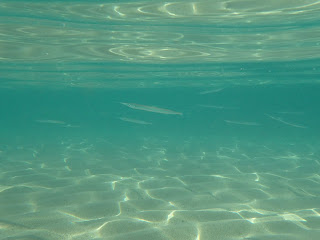 And my needle fish. I like the patterns on the bottom and also the underside of the water. 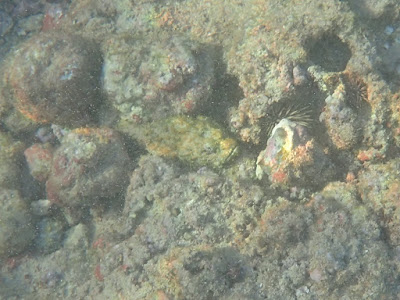 And a Scorpion Fish was awaiting prey. You can see the little guy (maybe 6 inches long with tail) and his partly open mouth. 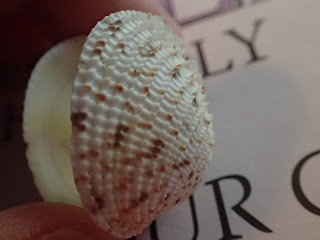 Aren't these shells pretty? Every time someone mentions evolution to me, I think: but if it's all an accident, why are these shells so pretty and so diverse? I can't imagine that shell pattern and color is a life strategy. 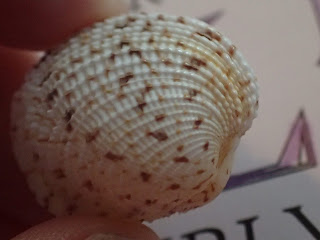 I was able to find both parts of this shell, with no animal inside. 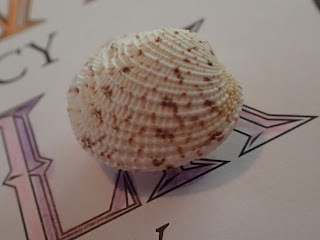 This animal was having a nice nap. Not sure if it was one of those that were cavorting earlier, but I did get out at one point because they came back into the Kiddie Pond. After all, I'm just a visitor. They live there.  I do make one request though: please not to eat the octopuses! 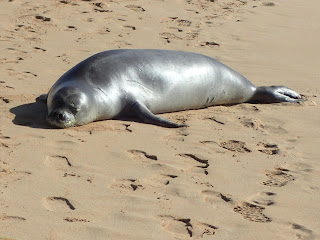 And a Spotfin Scorpion Fish. 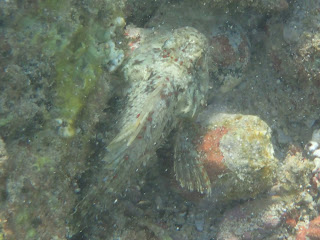 Seals in the water and sun on the rise. 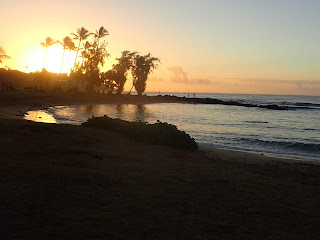 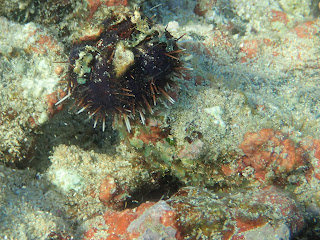 Adorable. And thank you, God, for the octopuses! I do appreciate...