And 4 turtles! One eventually swam off, but I was amazed to see so many cozied up on the beach together. 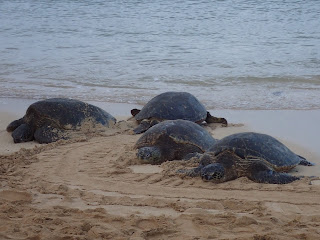 I don't believe I've ever seen so many turtles close together before. You can see the one that had decided it was time to head back out...which it did. 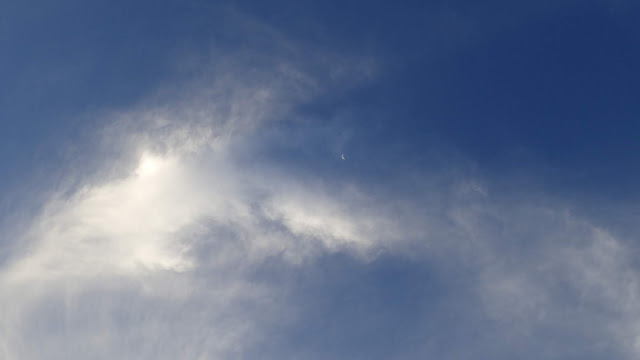 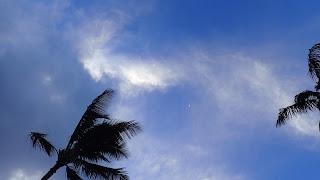 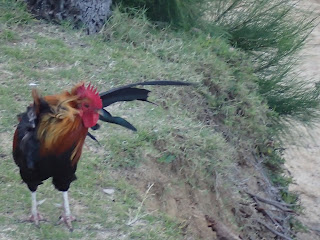 And a windblown jungle fowl...eventually it figured out that it could turn its head into the wind....less ruffling of feathers. 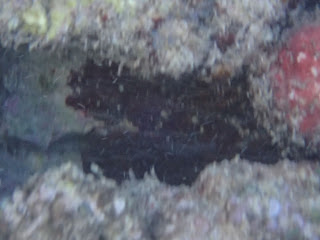 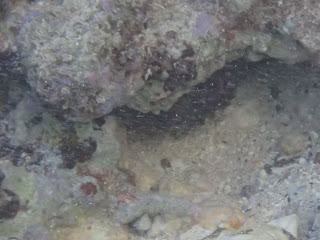 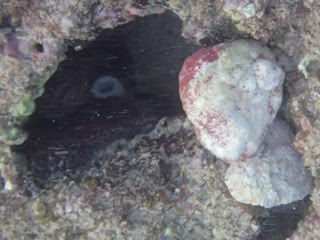 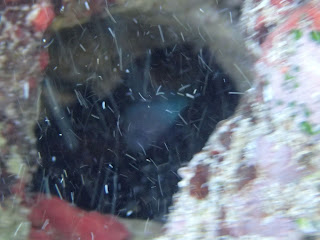 The one below was in the deep side. With the rip current as strong as it was, I didn't stay over there too long. It does take more energy to get back in against the rip. That's why I usually do the deep side first. Today, though, I thought the water would be worse, so I started on the kiddie side. 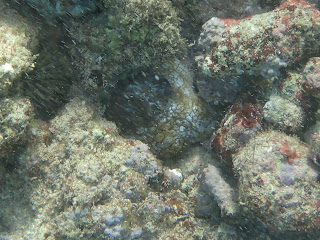 Ambon Puffer fish scooting by. Didn't notice the crab claw until I got the photo home... 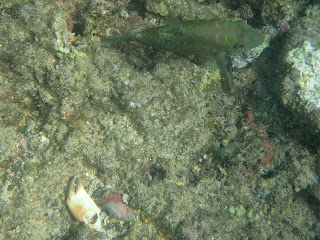 This Humu was trying to hide inside an old octo-den....good luck! With those bright colors, it's pretty hard to disappear.. 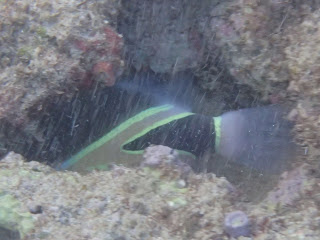 Scorpion Fish #1. The nose is just below the red rock above the center of the photo on the right. I was happy to see it...it didn't move at all, but I spotted it anyway. NOT the usual case! 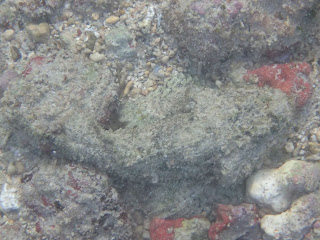 I think this was a Spotfin Scorpion Fish. Unusual color, but the red dots made me think so. 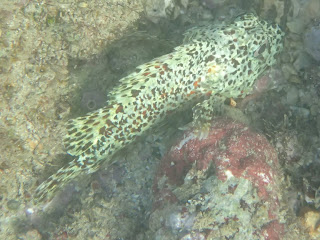 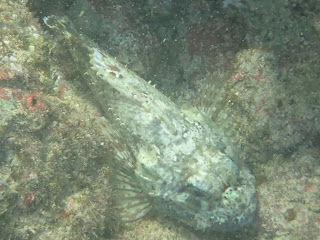 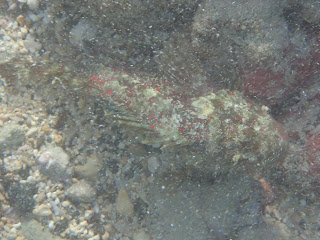 Spotfins #4 and 5...yes, there are two! The 5th is in the lower left corner. The suspected male is in the middle of the frame. He swam after her for a while, but she was antsy, so he gave up. Too bad the water visibility was bad....the video didn't turn out at all well. 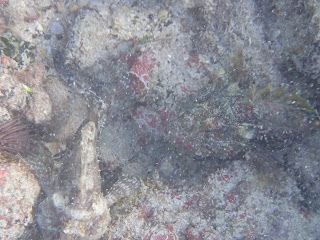 Dead urchin...you can see the long black spines it had... 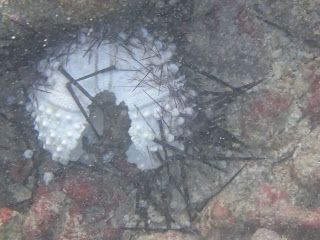 Unusual to swim on Sunday, but didn't get to swim yesterday, so took the op today.
Posted by octopigirl7 at 3:54 PM