Yes, I did see 6 octopuses today. Very happy about that count. And I have also decided that when one of the octopuses doesn't have a good photo, because of bad visibility or some such, that I won't post the photo. I guess you'll have to believe me. But you do, don't you?

So here are the good-enough-to-post shots. 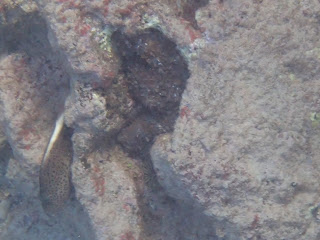 This octopus had found such a great hiding place! The Hawk fish on the left totally freaked the octopus out, though: It flew from our left to where you see it in the photo. The octopus totally shrank down and changed to the dark angry color. I don't think the Hawk fish even knew the octopus was there. It was kinda like when something flies over your head, like a seagull, and you duck. Funny. Unless you are the octopus! 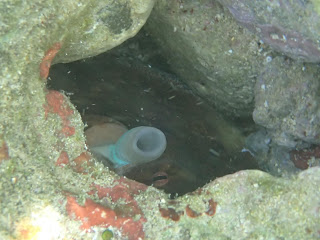 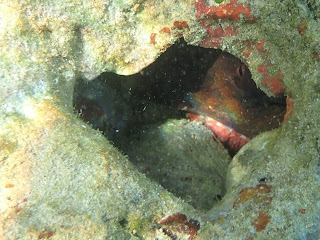 Eyes and tentacles, with a bit of light.

This octopus looks as if it's in a sandstorm because it blew water at me to make me go away. Didn't work, but it was a good try! 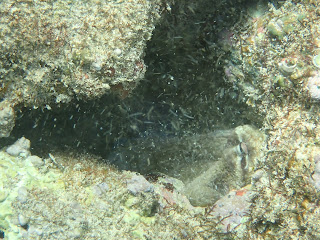 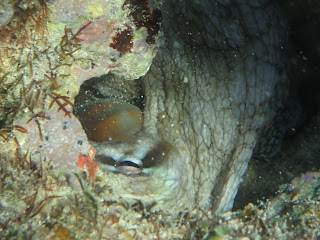 A bit calmer now. The eye is below the siphon (that brownish tube). 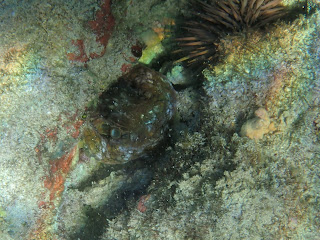 I saw some walkers coming toward his position, so I stayed there to protect it. And actually, it did duck down, so other than being scared, the octopus had chosen its hiding place pretty well. 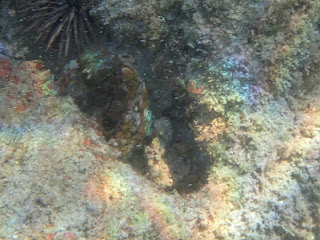 These two male trunk fish were totally locking horns! (To see the short video, go to youtube.com and search for octopigirl7) It was so adorable! 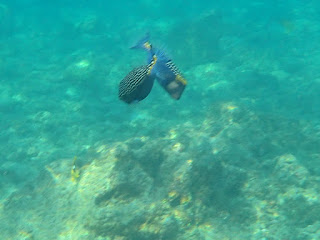 They actually bashed their bony bodies together. Then swam off. I had never seen them do anything remotely so aggressive! 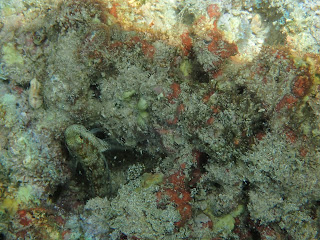 This blenny was hiding in its hole, waiting to see what the big object (me) was.. 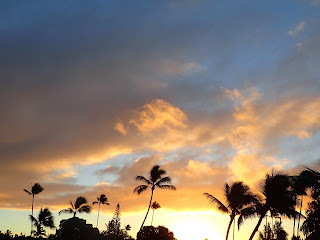 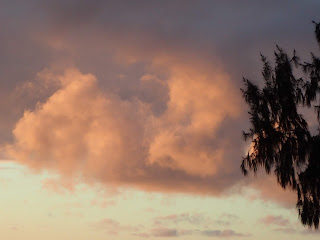 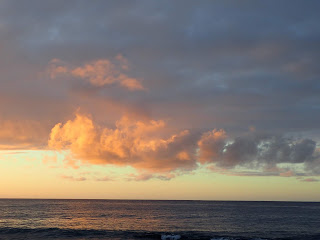 And the earring I found. Still in good shape, so it's either sterling silver or just recently lost. 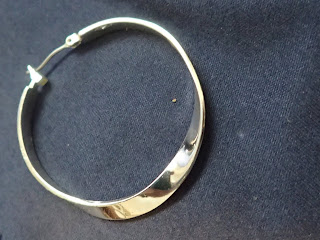 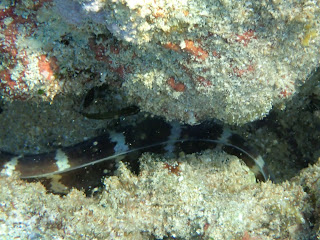 Goat fish looking at me. They, too, wanted to see if I was trouble. 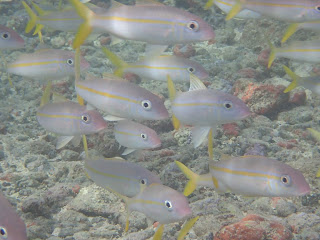 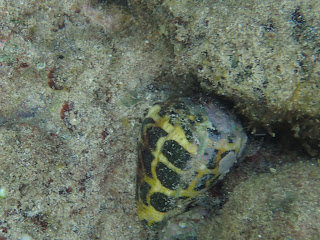 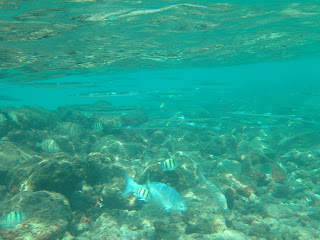 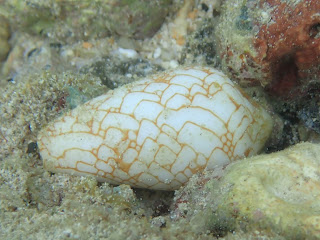 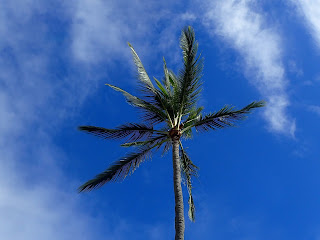 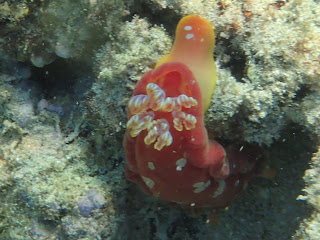 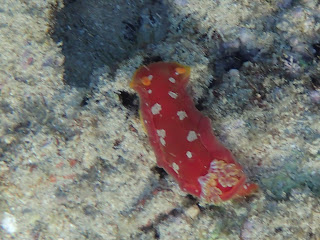 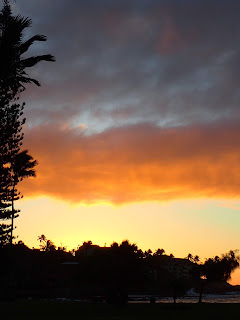 I have God to thank for all the colors, and Olympus for the camera which caught them. 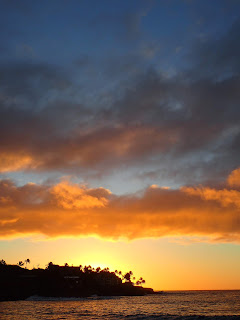 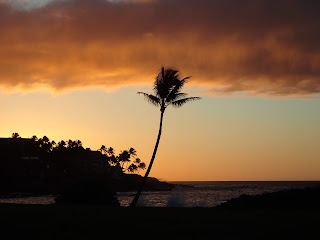 I began to wonder if this octopus, since it has been missing for a few days from this den, might have been starting to brood eggs. Being as how it was so grayish looking. Don't know, though. There is a space behind where it is that has more space in the den, so it's possible. 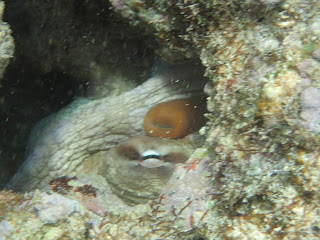 These two seals contemplated landing, but looked up as if to ask: What are all these people doing on our beach?! 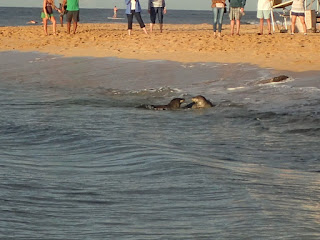 They took a long time to make their decision to land that I went into the deep side. Glad I did, too, as I saw 2 octopuses over there.