No, it's not a baseball game! It's 3 octopuses and 2 scorpion fishes. And nice water.

This guy was lurking near the kiddie pond between a couple of coral bunches. He did not move anything when I took his picture. Pretty amazing. But then, he is an ambush predator! 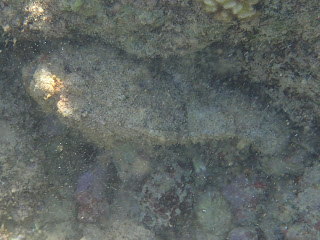 He'e #1. He never changed any colors, so it was rather tough to get him on film since he was pretty much the same color as the bottom. The red rocks helped me "anchor" him in my camera's sights. 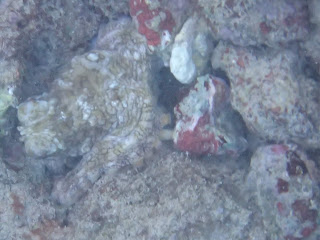 Here is another shot of the same octopus. Mostly out of its den, with just the one tentacle really showing. 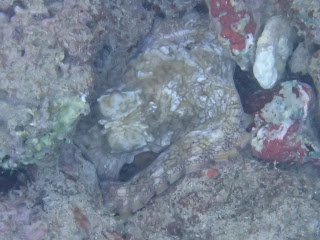 This one is an octopus I have been seeing recently. He changes to that "leave me alone" color immediately. I think since he's in a precarious part of the water, he's not accustomed to people seeing him. 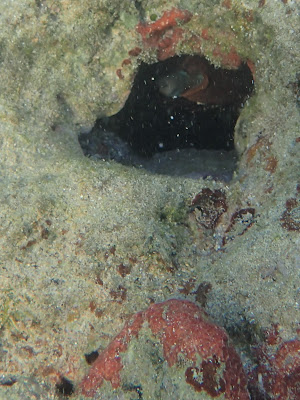 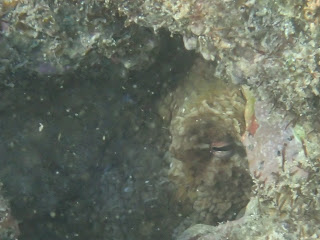 There was a lot of peeking. In the photo below, you can see its eye and a bit of the siphon. 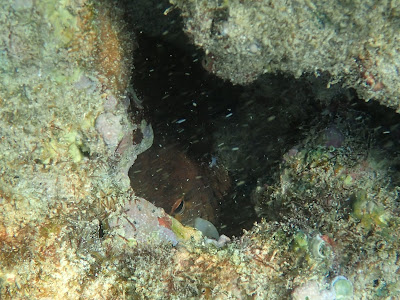 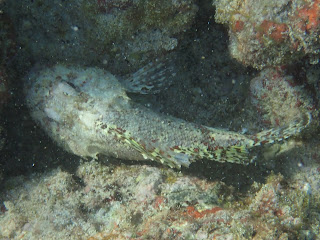 Two Pinktail Durgon's in one group! I have seen this sometimes in groups: the carnivorous fish will hang out with the non-meat eaters, hoping to catch something on the sly. 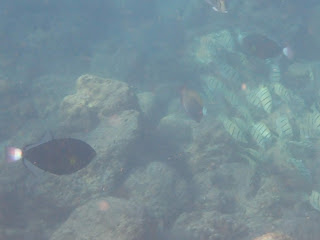 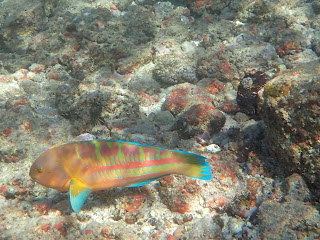 God's Rays sneaking out from behind the clouds. 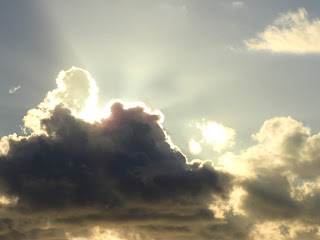 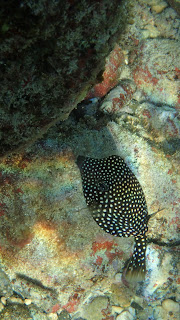 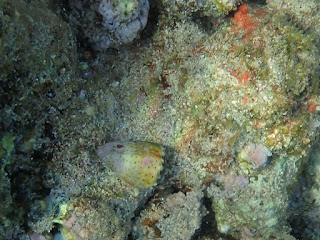 More of God's rays. with the light reflecting on the water. 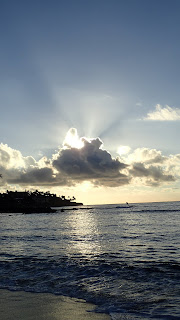 The male of the trunk fish 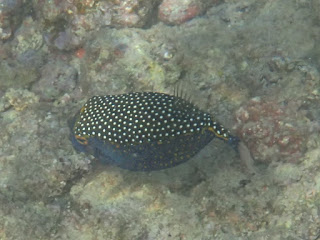 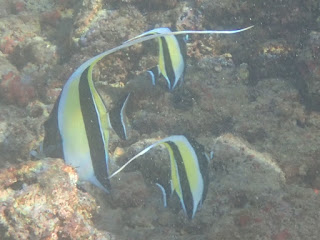 Sadly, one of the needle fish became someone's breakfast or last night's dinner. By the time I swam by again, this was gone. Either gobbled up by another animal or swept away by the current. They are cool fish, usually up near the surface, so this was a rare chance to snap a photo without the sun in the way. 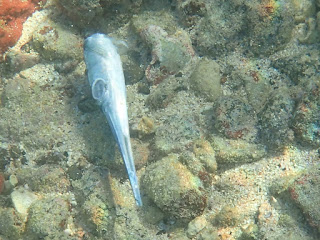 The Pinktail and a closer Damsel fish. I thought it was a cool picture, as the camera caught both fishes. 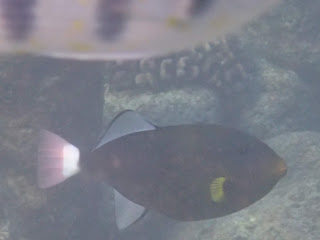 And I saw this Rock Mover wrasse swimming around with its mouth open. I thought it was odd. Then I noted the little purple Hawaiian Cleaner Wrasse, picking off parasites. It worked on the fish's gills, and it seems the Rock Mover was hoping it would clean stuff around its mouth. I didn't see it do so. 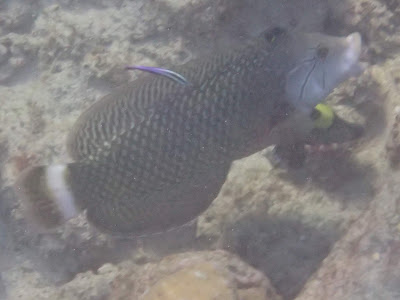 Nice shell with both parts. I didn't pick it up even though I'm sure it was empty because if there are two halves, the shells can be reused by other animals. I have seen someone else's video of an octopus hiding in two shell halves and holding them together with its suckers. Smart, those guys! 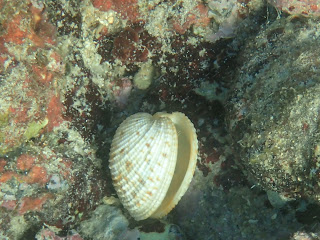 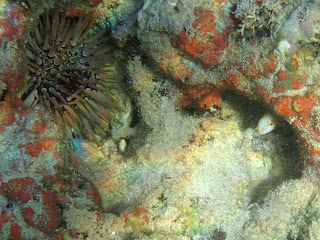 I think this is a Supermale Christmas Wrasse. I've been seeing at least one of these whipping around the reef lately. They are bigger than the usual Christmas Wrasse. Not sure what makes them super male....I'll let you know. 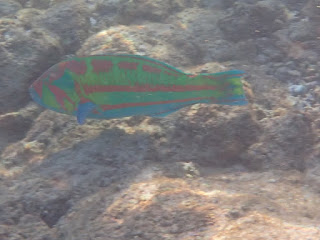 A bit of caution: I have said before that this is the REAL OCEAN! It's not a lake. I still see lots of folks walking around on the bottom, unknowing that there might be a scorpion fish or eel just a step away. I can't teach them all, so if you know someone who plans to visit the ocean, please encourage them to swim over rocky areas and not walk. It's better for everyone! And thanks.
Posted by octopigirl7 at 4:00 PM