Nice swim with no centerpiece

After over a week off swimming due to bronchitis, I finally decided that it was time to get wet again.

The octopus had left town, having decided apparently that I was no longer interested.  Nay, nay, mes amis! But they stayed hidden anyway.

I won't lie and say I wasn't disappointed, but I did see some shells and two Scorpion Fish, so the swim was good, even without my octo-pals. 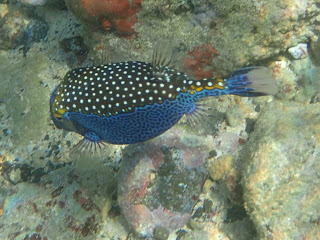 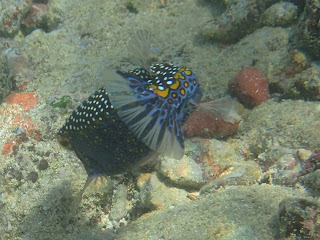 Christmas Wrasse, not to be out-done, also showing nice colors. 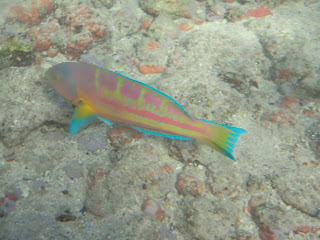 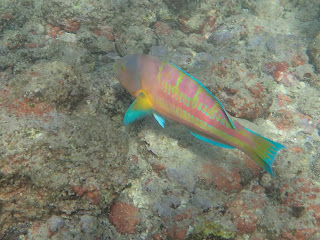 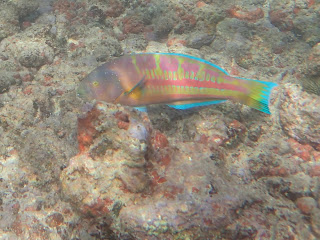 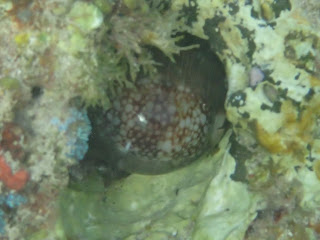 Somebody had crab for breakfast... 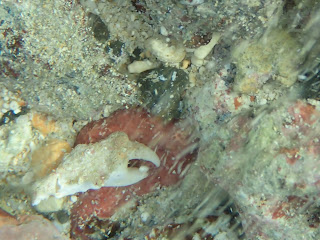 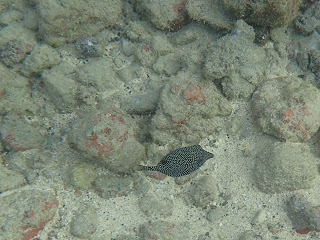 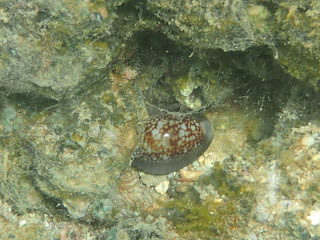 Everybody was hiding! Even the humu...this one had just darted into the hole. 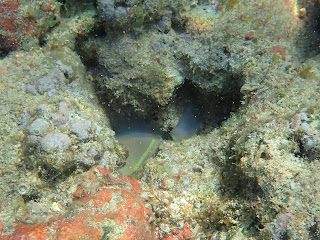 And then backed back out. 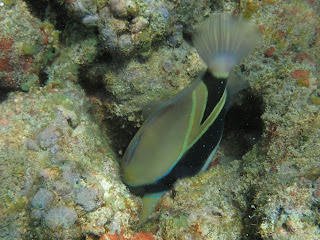 I think these look like a Mohawk haircut. Orange-spined unicorn juvenile. 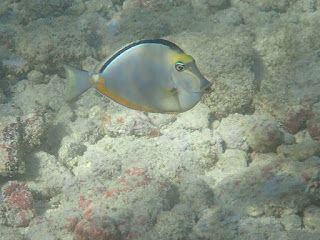 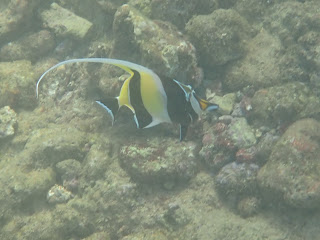 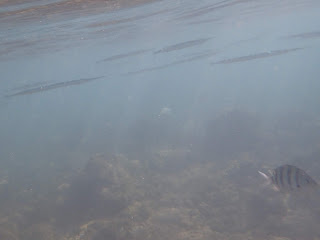 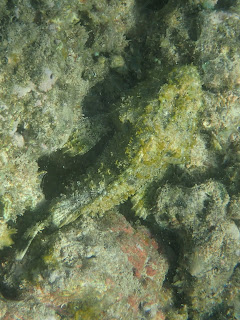 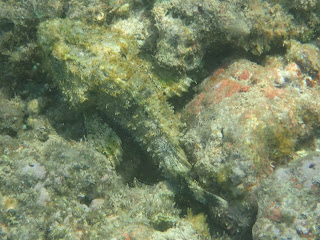 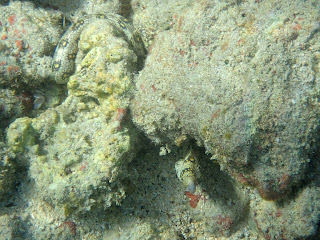 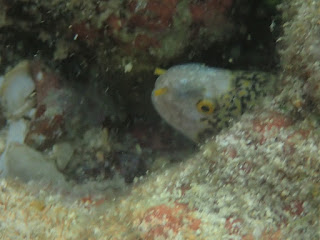 Urchin with its rocks and shells as protection 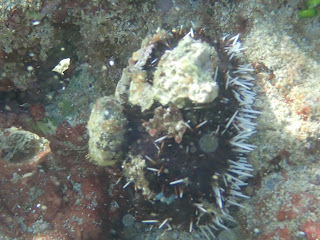 Urchin digging into the red and purple rock 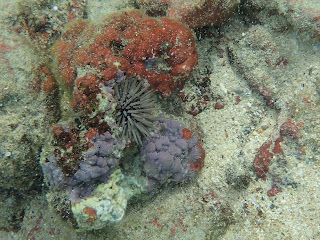 Someone had taken a few bits of this yellow tail coris. Didn't seem any the worse for the wear. 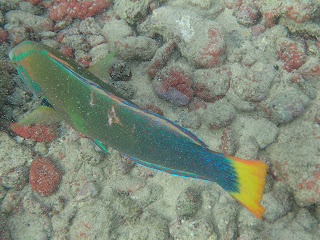 Scorpion fish #2. You can just see the green body and the fin at the end. Well, maybe! 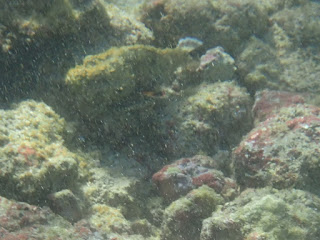 So, boo to bronchitis. But yay to God and nice-ish water! C'mon octopuses! I'm back!
Posted by octopigirl7 at 2:19 PM