Today, I was skunked: no octo-viewings!!! The nerve!
Especially surprising after yesterday's bonanza of 5 octopuses. Ah well. No frogfish either. Perhaps they are off together at a conference. ha.

But I did see lots of turtles. One even swam by me. 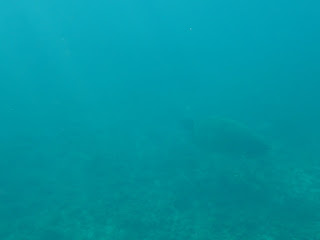 Hard to see, but it was a big one. I didn't want to follow it, so that's the best photo.
But the ones on the beach (5) were easier to catch with my camera: 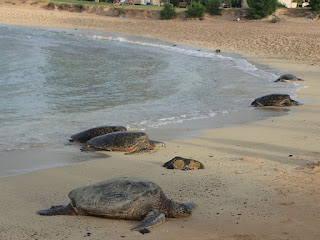 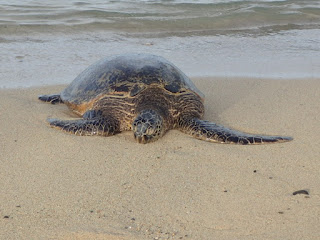 When I thought about it, the turtle is actually a pretty cool design: hard protective shell and all. But sometimes us humans think everything is for us: I couldn't kill one for its shell or its meat. And certainly not in Hawaii, where that's illegal. 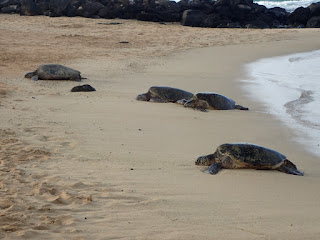 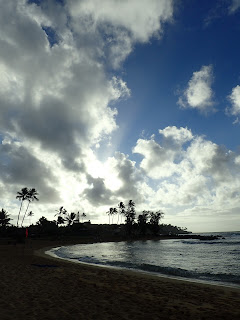 God's rays shining out of the clouds. 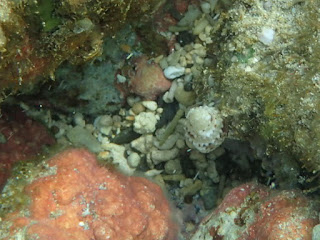 A small Horn shell, adhered to the rocks. I was going for some more pix, but I think it was occupied by a hermit crab, as it moved a bit, then fell to the bottom. 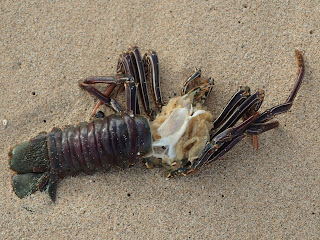 Somebody had a lobster meal. (Not me: I always see them when someone has already eaten it.) 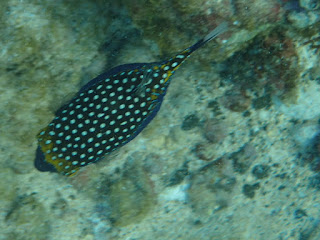 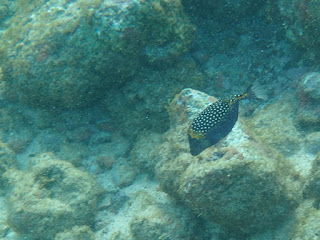 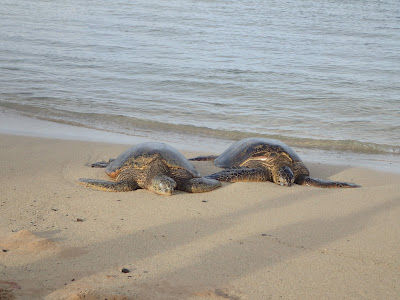 Spotfin Scorpion Fish, skulking under a rock. They look grumpy, don't they? 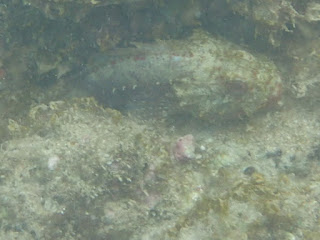 A tiny Humu was concerned that I would pose a threat. ME?! 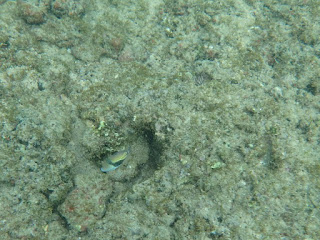 This is the trash I picked up today. The inevitable scrunchy, a surprising plastic cup and the fishing line and lead. My friend won't be getting the lead: I threw it in the trash. 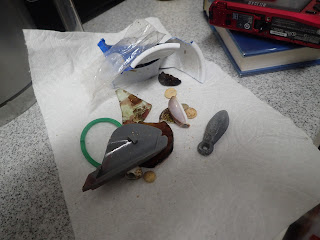 Wana. Don't walk on the bottom! I told a man today that the animals on the bottom don't like walkers: he replied that his wife was floating out to sea. Not sure what one thing had to do with the other. Hubby said I should have explained about a new sport called swimming. HA. 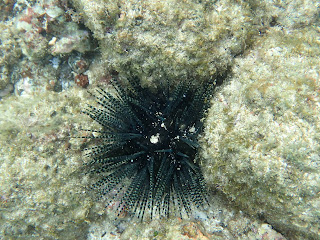 The surfers were far out, but happy. This is why I didn't go very far out on the deep side today. 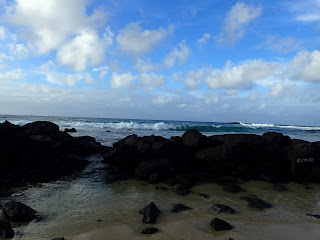 So no octopus, but plenty of God's pretty creatures. Thanks, God!
Posted by octopigirl7 at 4:39 PM