Today, I swam before going to see my California friends, who are leaving today. Sad.

But I saw 2 octopuses and several other cool things. So while sad, I was happy with the swim. And also very happy with the groceries they left me! (Including vodka and champagne. Hope the champagne will last until January 1, when I can drink again. If I want to.)

I saw the first octopus out in the deep side. It was hunkered down in a den with rocks around it. And then the wave moved me and I couldn't find it again! So here's the not great photo: mostly, that's my gloved #1 finger. 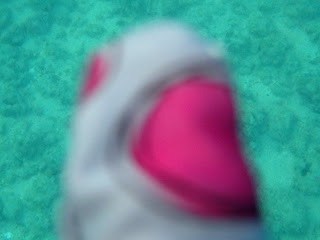 Yeah, it was somewhere in this area! Trust me, please.
#2 was more evident, over in the shallower side: 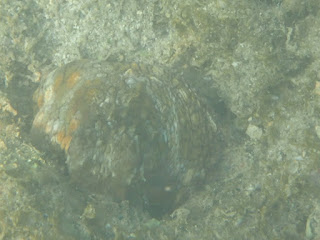 Admittedly, not a fab photo, but documentation is documentation, whether it's a good photo or not.
I did also spot a big flounder, though: 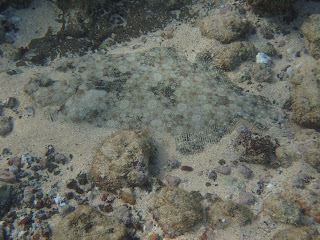 I was very surprised to spot this one, over in the deep side near the rocks. 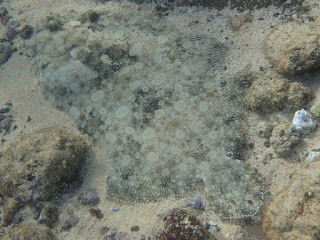 Did you know their eyes start out in life on opposite sides of their heads? 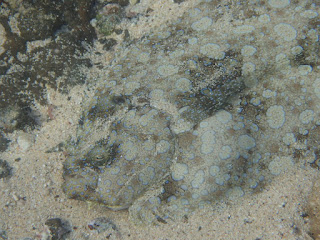 They they gradually migrate to one side or the other. 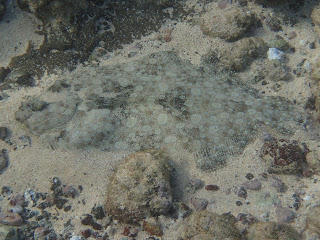 Peacock Flounder. Didn't move at all. Well, except the eyes as they followed my movements. 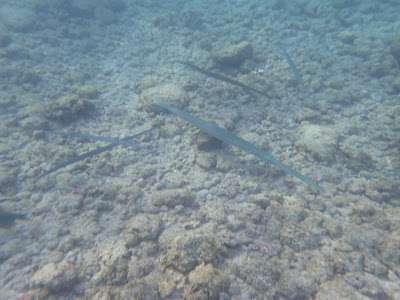 I noticed the big Cornet first, then his companions for a total of 5. 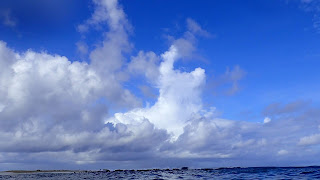 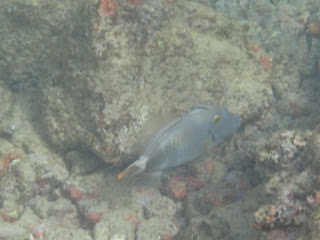 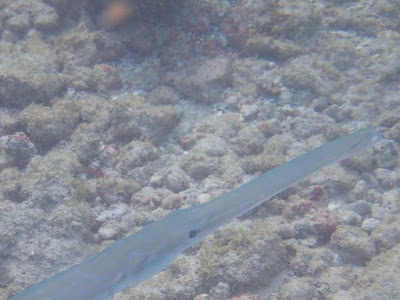 The mouth of the big cornet and its eye 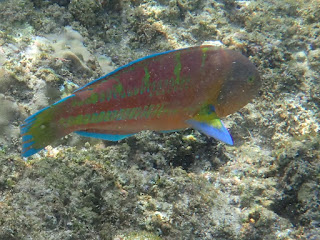 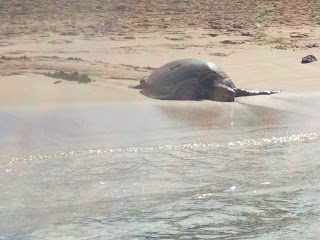 Honu probably getting ready to return to the water. 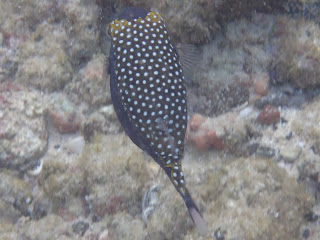 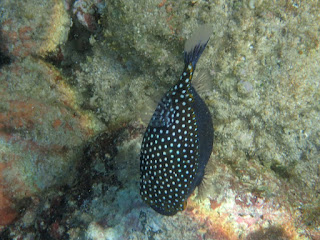 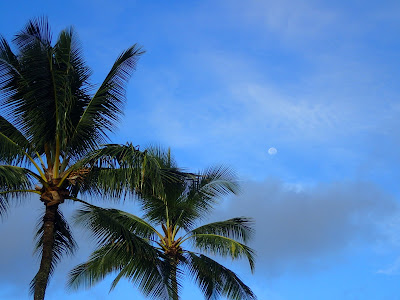 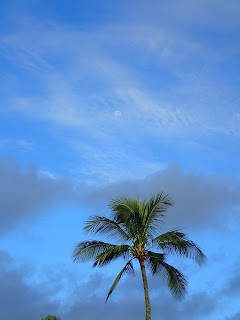 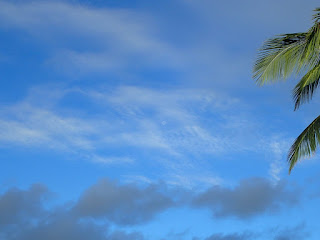 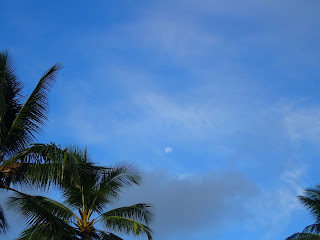 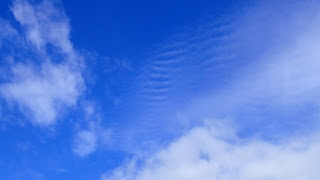 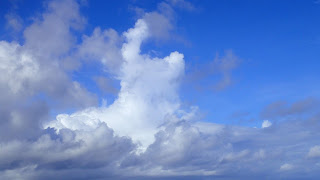 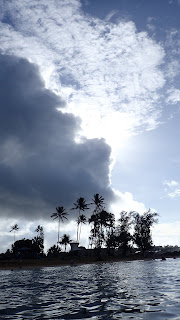 This little pencil urchin was on the rocky part between deep side and shallow, so I shot this as I swam over. 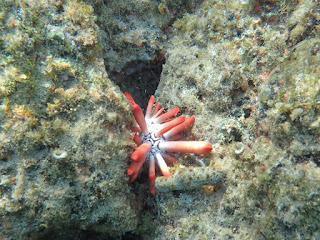 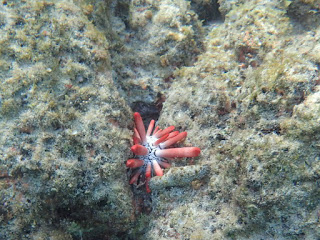 Bubble shell from a previous swim. Love these shells. 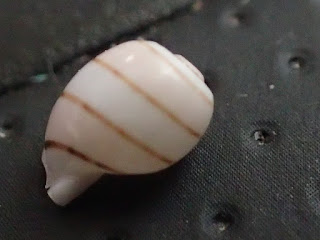 So that's the scoops from today's swim. Grateful for the opportunity. And glad my friends visited. And I looked and looked as best I could with the waves, but didn't spot the frogfish. I hope that he moved and not that someone caught him!
Posted by octopigirl7 at 2:59 PM