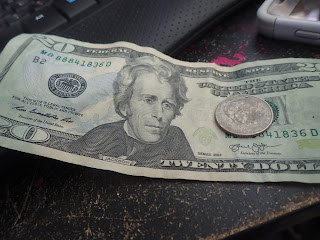 Somebody had money in their pocket and now it's in mine! I can't believe someone lost folding money out of their pocket, but I was able to dive down and snatch it up. That'll help me buy another pair of dive gloves...a wave snatched one of mine this morning. Ah well. 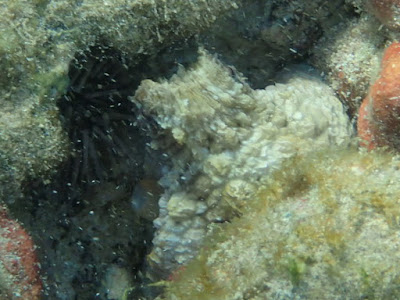 If you don't look closely, you'd almost think it's a rock. 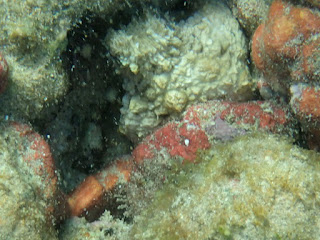 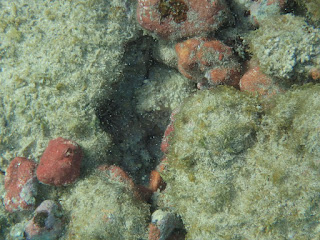 The frogfish wasn't particularly well hidden, especially since it's yellow. 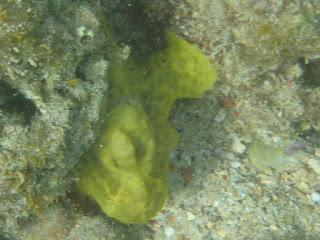 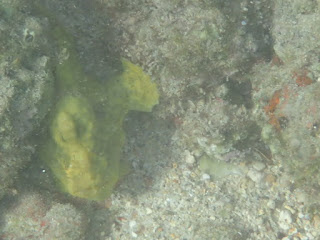 But I was glad the waves gave me a break, so I could get out there. They were slamming today! A smart blogger would have caught a few pix, but... 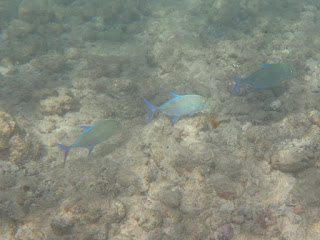 3 Bluefin Trevally in a parade. 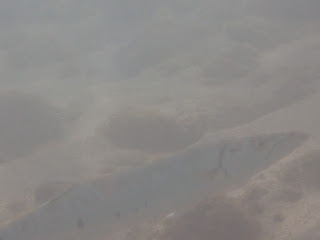 Barracuda was pretty well hidden. I see them rarely, but that doesn't mean they aren't there! They tend to hang out where it's murky/hard to see. 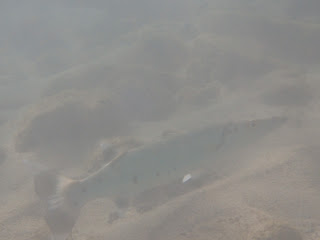 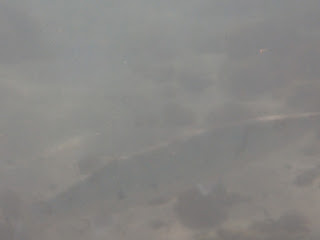 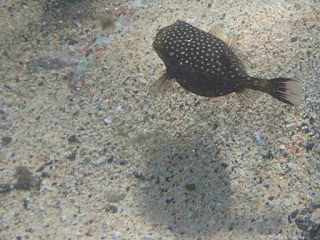 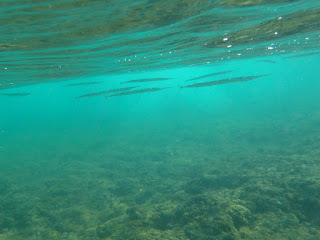 These sticky white things are part of a cucumber, I'm told. My friend, Royden, says if you pull on one of the strings, they will pull back. ha. 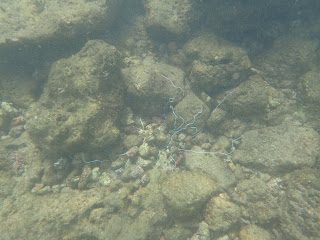 Due to conditions, only 85 pix today, but I'm glad I got any, what with the condition of the water.
Posted by octopigirl7 at 2:18 PM