A break in the waves

Started out in the shallow, Keiki Pond today. My thought was to find an octopus and the frogfish. I was halfway right. (The octopus turned out to be in the deeper side.)

I had to wait for a break in the waves to get out to see the frogfish, but it was there: 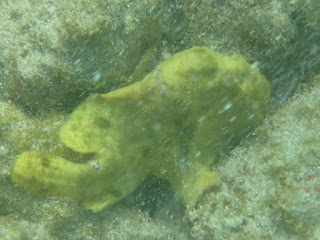 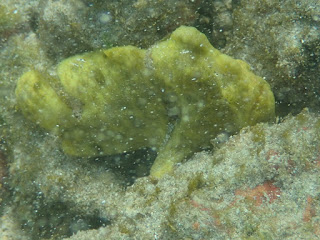 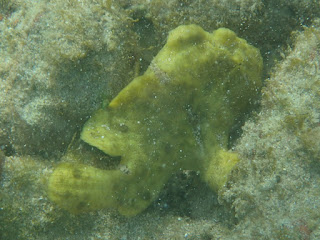 You can see that the water was flying, but i was still able to find the little guy. I am rather surprised that s/he stays in the same general area. But I'm also glad! 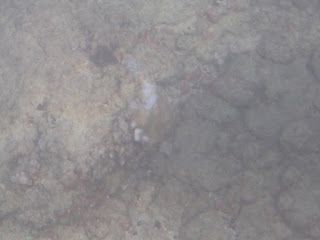 And there's the he'e. The only one I saw. It was in the deep side, so not easy to get down to where it was. Also, the waves were making serious bubbles in the water, so.  That's the best I could do! This was a "repeat" octopus that I have seen before. 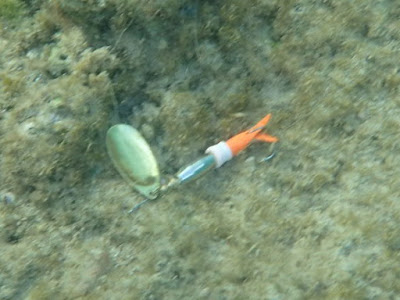 Here's the fishing hook I took out of the water. The darn line was long and hard to keep in my bag, so I felt it every now and then against my leg. The hooks are up near the orange part. Gnarly. 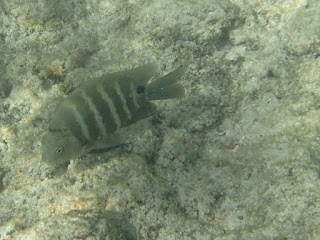 Abudefduf. ha. love the sound when you say it. 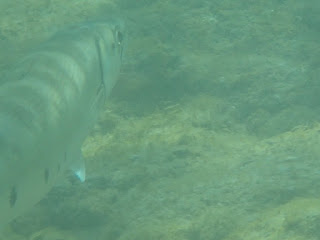 And the barracuda. I told a fisherman one was there; he replied that he had seen one over in the deep side, too. 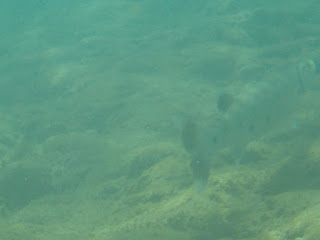 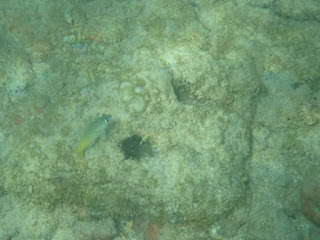 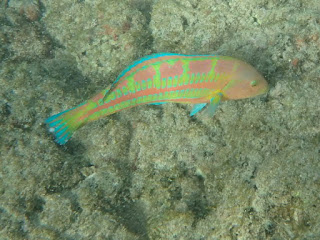 Nice clouds. Interesting to see a person underneath. Makes you realize how huge it was. 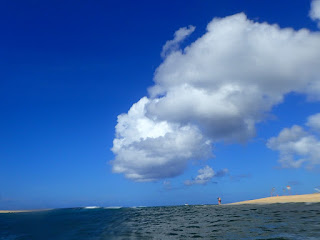 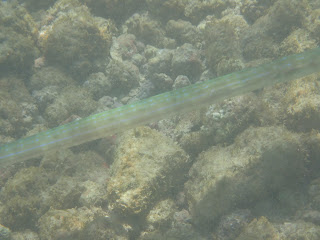 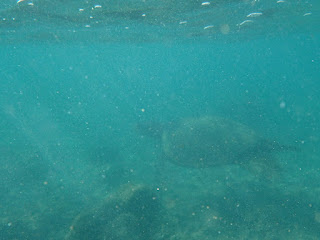 A big honu swam by me. 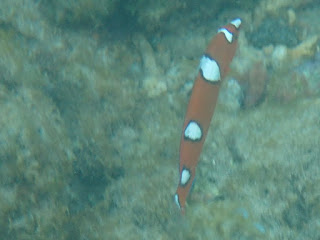 Above, the juvenile of the Yellow Tail Coris. Below, the adult. Amazing how different they are! 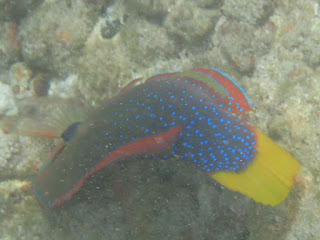 Fleabite Cone shell. Pretty sure it was occupied, so I didn't even think of touching it. And now that I'm looking again at it, you can see a bit of the animal at the top of the shot, poking out of the shell. 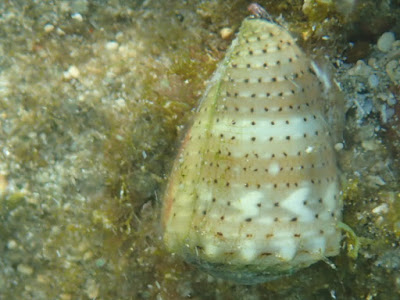 These shells have venom, so it's best not to pick them up.
I had a very nice swim. I can hardly wait for winter, when the water could actually be flat!!!