After the heat of the past few days, a little rain felt good this morning. And since it was early, I was able to get in and snoop around. Well, not in the deeper side, because not only were the waves pretty big, it was also high tide. That's why it's nice to have two swim spots to choose from. So I went into the Keiki side. And found 4 octopuses!

As I'm typing this, I still can't  believe I was able to spot the first one. I actually thought it was a pile of seaweed: 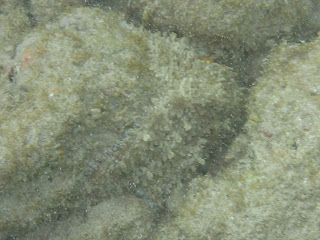 See what I mean? Can you spot the octopus between those 2 rocks? It's exactly the same color as the surrounding rocks. 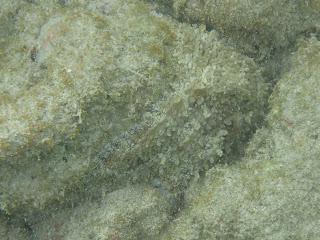 In this one, you can see part of the siphon. 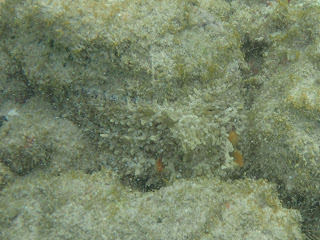 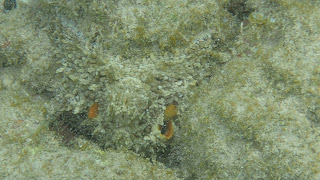 It didn't move. It didn't change color. I could barely see it breathing! 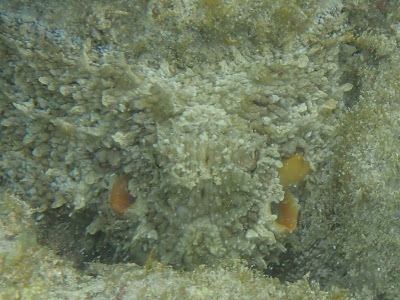 And this is from the other side. It's on top of a rock, now. 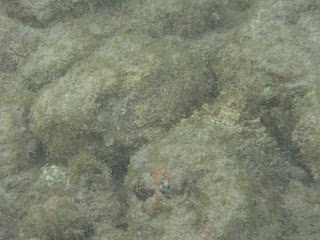 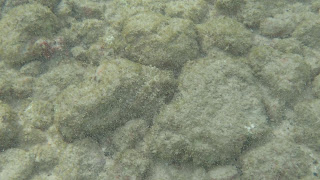 I saw 3 more octopuses. Following is #2. Just below the red rock. You can see the white lines that radiate out from its eye. 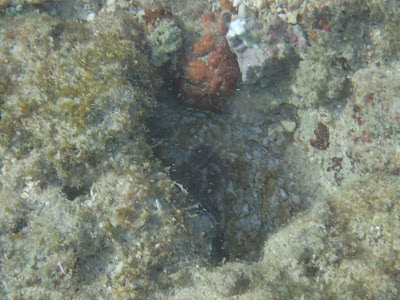 And #3: The eye is visible. This one had turned brown. And slinked down into its den. 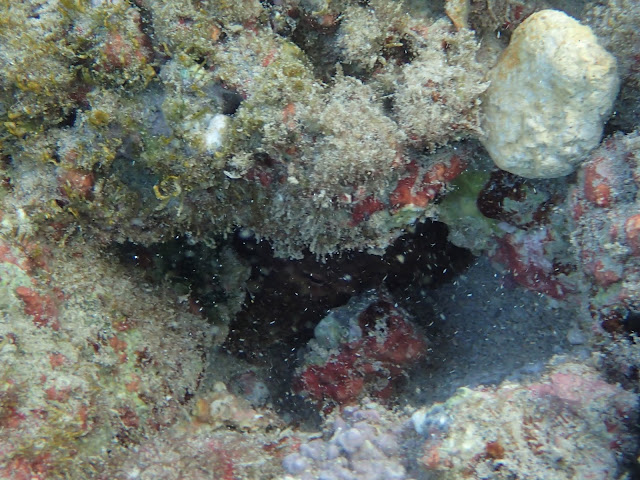 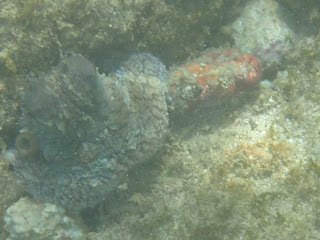 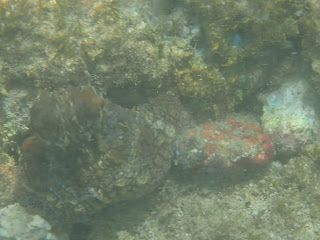 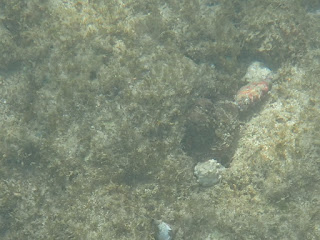 I was happy to see #4, as it is a "regular", so I know where to look for it. Glad the spearfisherman didn't find any of these octopuses! I wasn't able to spot the frogfish, though. Perhaps it got blown about by the recent big waves. I will keep looking, of course. 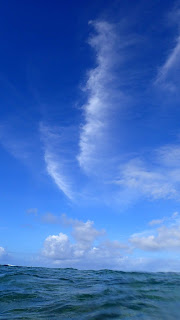 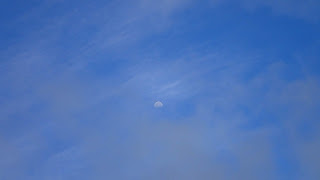 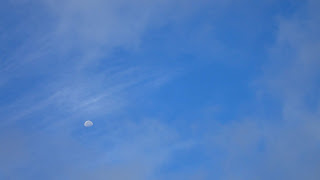 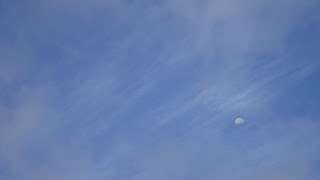 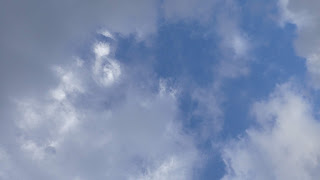 And a bit of rainclouds 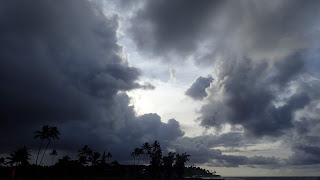 And then a surprise rainbow. 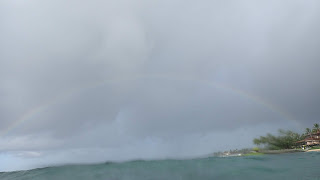 I'm always struck by the juvenile Yellow Tail Coris. So different from the adult. 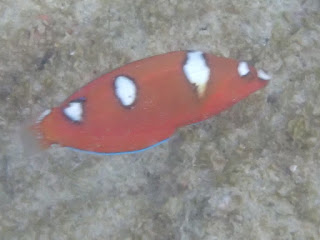 And people were being respectful of the snoozing seals. The one on the left felt the need to scoot its nose in the sand. It later sneezed the sand out. Wish I had caught that on video! 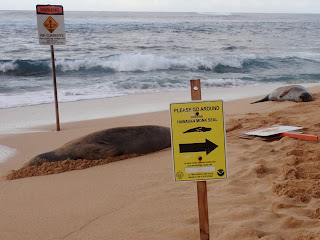 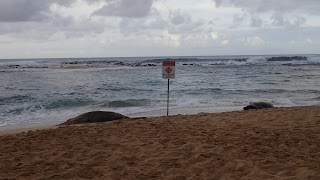 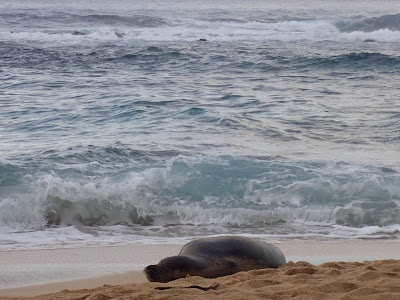 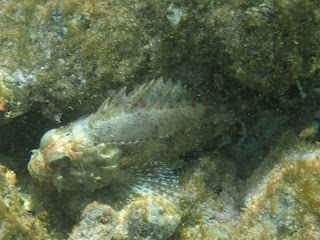 A good swim, even if I was originally concerned there wouldn't be enough light for good photos.