Our morning news had predicted jelly fish swimming in, but I was very happy not to see any! YAY.

And also 4 octopuses and 1 Frogfish. I had thought maybe i wouldn't be able to go far enough out to see the Frogfish, but the waves held off a bit for a few minutes, so I was able: 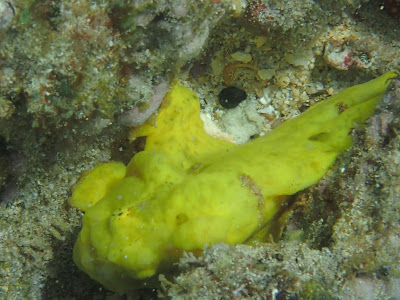 You can see a bit of its eye in the top photo. And in the following one, both eyes and a bit of mouth. 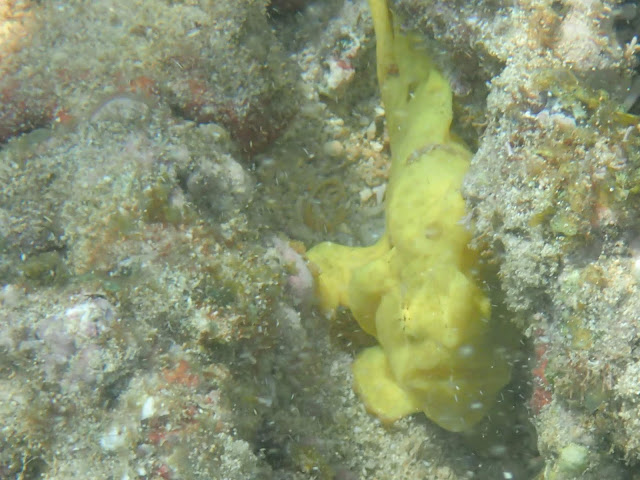 Who knew that a little yellow fish could make my day?!
Well, the octopuses helped, too: 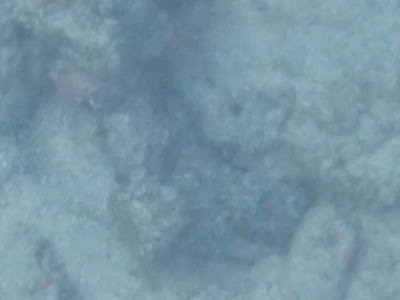 The preceding one is really hard to spot, because it is the same color as the bottom and rocks. It is in the middle of the photo. 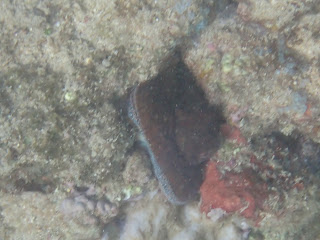 Easier to see, this one was showing some of its underneath skin. 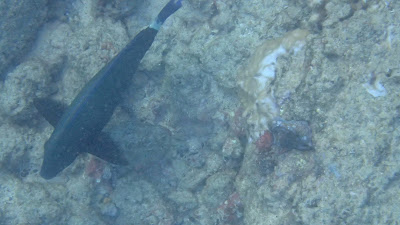 I kept the fish in the picture, so you could compare size. The octopus is near that red rock. 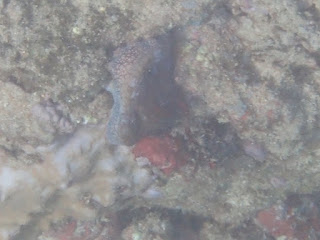 It is rather astounding that I see them at all! Just below center in the one below. 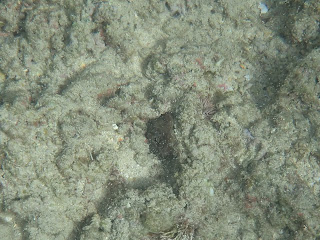 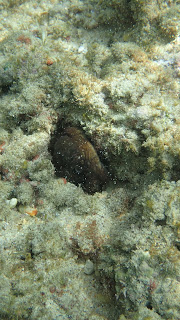 See the tiny siphon? And the eye just to the left. 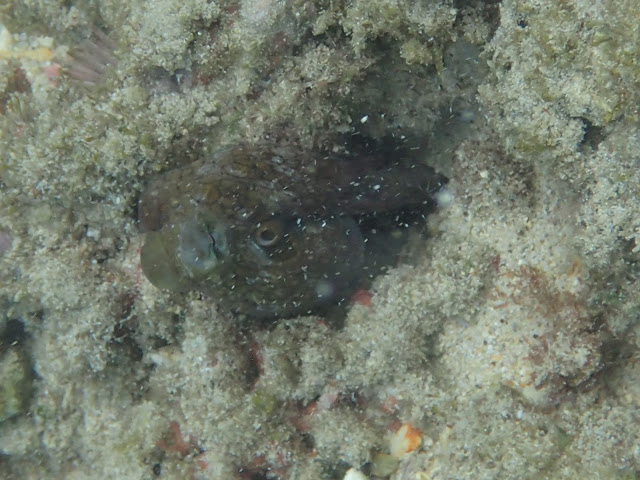 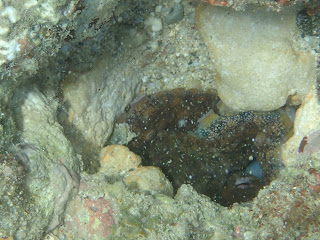 No one said they are bad hiders. #4 below. You can see its eye. 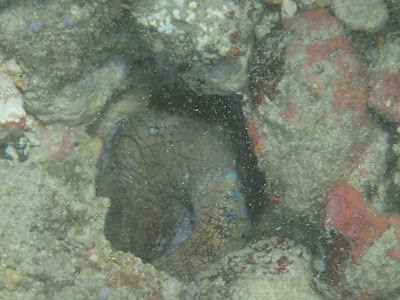 A pair of Saddleback Butterfly 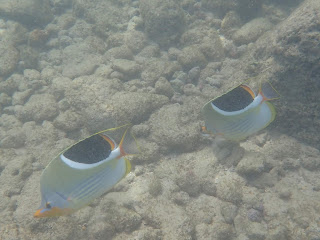 And the Electric Blue Crab showing more of its orange than its blue. 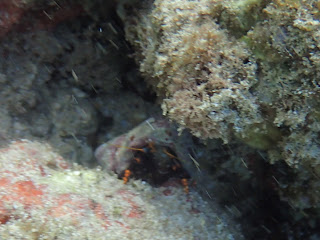 I call this the false cleaner wrasse. It tries to clean fish, but actually bites them, I think! 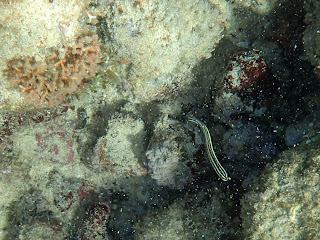 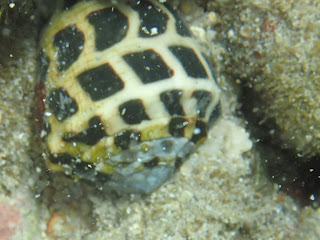 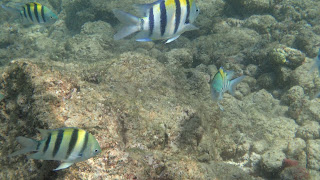 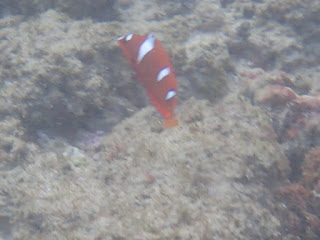 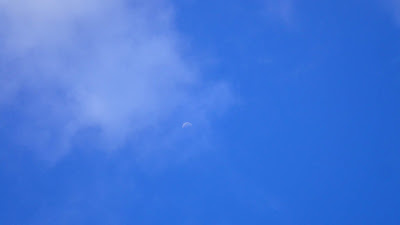 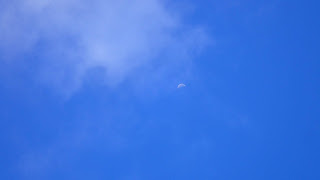 Plumeria. I had another photo, but I also caught the huge fly in it. 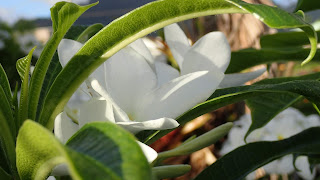 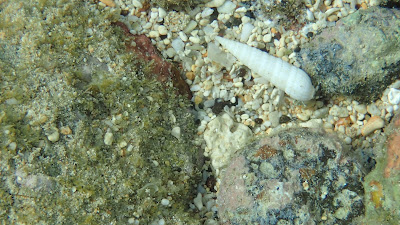 I was surprised by this little honu today. When I got the pix home, realized that it seems something happened to his right fin! Bad bad shark! Or whatever messed with it. 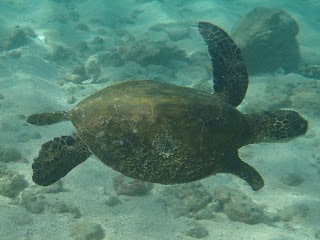 Just glad it was still alive. And very cute. And really, quite calm as it swam by me.
Posted by octopigirl7 at 3:04 PM