The octopus were hiding well and It's Not a Lake!

There will be no octo-pix, as the octopuses were hiding. But maybe because of the people who were walking all over the bottom and even standing on rocks: 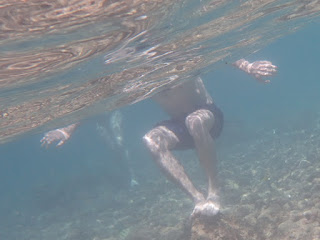 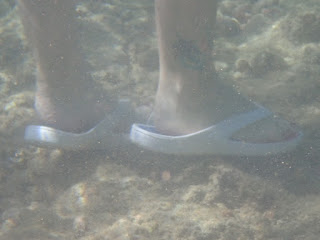 The only good thing about these pix is that I don't need permission to post them, as no one's face is featured. I did speak with the lady wearing the slippers: she said she wasn't a snorkeler! So I allowed as how she should be on the beach and told her that animals live on the bottom. I'm not sure she will change her ideas, but at least she'll maybe think about it next time.

But there were other cool animals featured in today's swim, most notably a couple of Spanish Dancers. 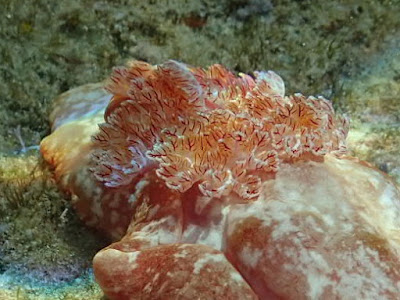 This photo shows why they are called nudibranchs: naked lungs! Pretty, eh? 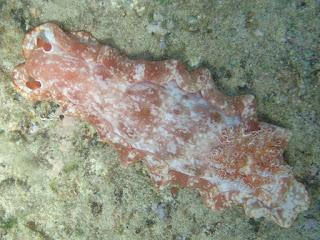 This one was larger and less colorful. I shall look it up: are they still Spanish Dancers when this lighter color? Lord knows there are many, many nudibranchs in the ocean. 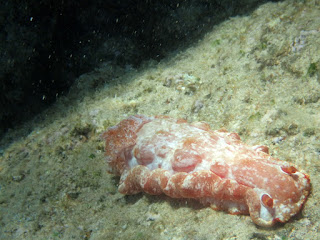 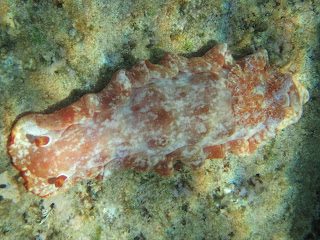 The following one is the one I saw first. Much smaller, but more colorful. 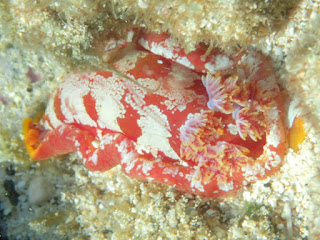 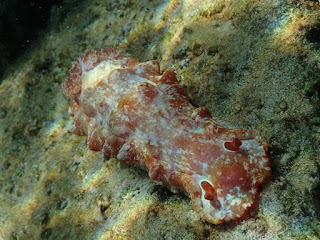 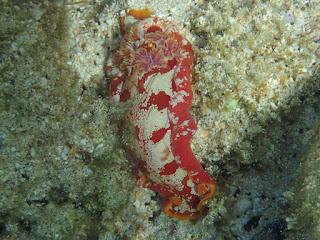 The one above was headed over a cliff, but seemed ok at getting there. 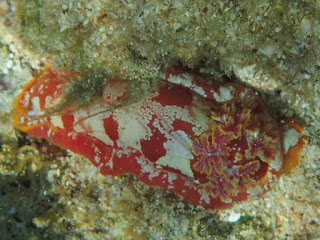 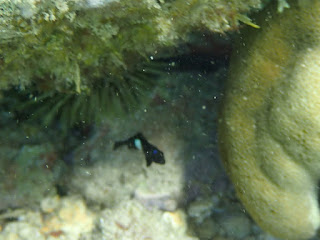 An Ambon Puffer with nice light on its skin. 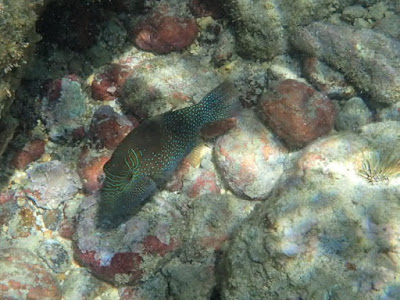 This large cone shell was at first opening side down. The waves bashed it about, which is how I knew it had the original animal in it. These shells have venom, so please don't pick 'em up. 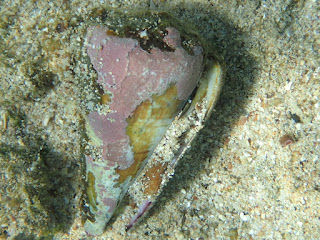 For once, an empty Turban shell, mostly intact. I checked a couple of times to ensure it was empty before bringing it home. 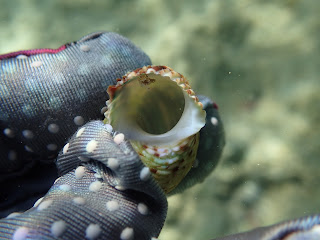 Everybody was hungry: the Bluefin Trevally, goat and convict tang fishes. 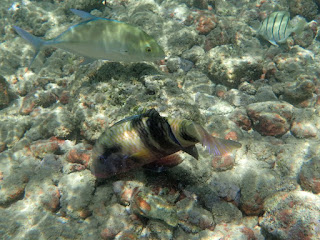 A nice Hebrew Cone shell, buried in the sand. I'm told they come out at night to hunt, so they are dug in during the day. 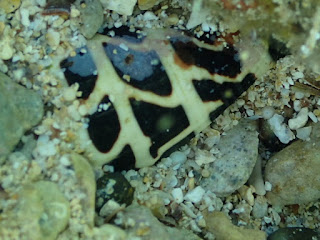 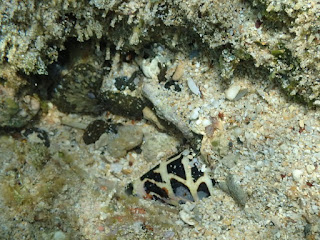 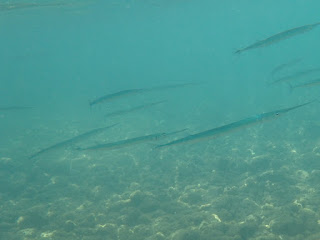 Pencil Urchins. Love the colors. Note that some of the pencils are newer and smaller than others. 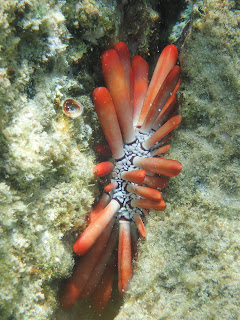 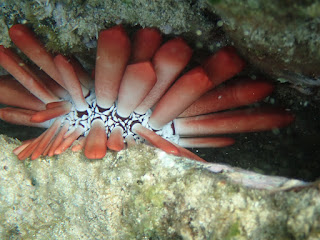 Picasso Trigger on the deeper side, so not as clear. 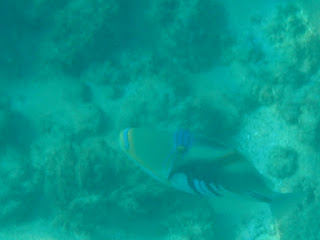 Pinktail Durgon, also on the deeper side. These fish are quite shy, so they'll swim away if you try to get too close. 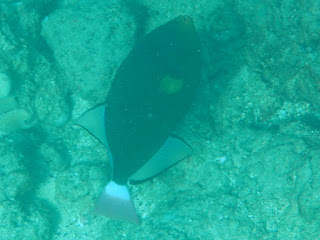 The Rock Mover Wrasse doing what they do: swim near the bottom and rub up against stuff. Perhaps it is trying to dislodge prey? (And they didn't find any octopuses for me, either!) 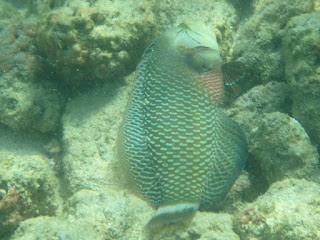 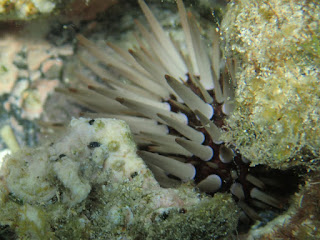 Another fish in the wrasse family that I'll have to look up. 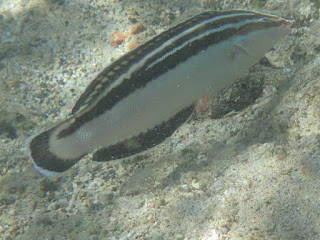 A nice swim with water fairly clear. I get out when the walkers arrive...oy vey!