For those of you who might not know her music, check out Buffy Sainte-Marie! Some of it's pretty, some is anti-war, and all of it is good! She will be appearing in Toronto on May 25, so grab some tix! (I would if I could, but that flight is l-o-n-g!!!)

Today, 3 octopuses, a lizard fish and a spotfin scorp. The latter, 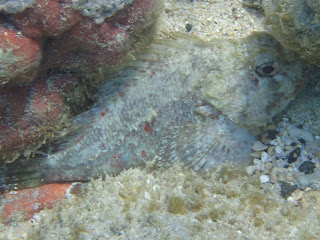 I saw just after I was thinking about warning someone not to walk on the bottom with bare feet. Timing is everything. Luckily for the guy who was doing the walking, I often see these venomous fish hiding under or near rocks, so you would almost have to be trying to step on one. But here's hoping you'll swim and not walk, so that won't be an issue! 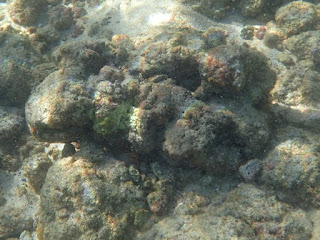 Yes, there is an octopus in the hole in the rock, mashed up against the interior wall. And yes, I did look really hard to be sure...I'd give it 95% 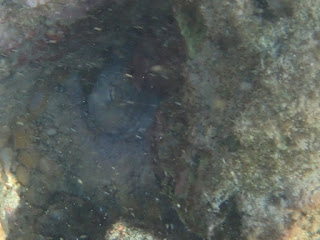 This octopus had that sad whitish color, which I associate with near death...or fear. No octopus is afraid of me, of course, ha, so fear probably wasn't the problem. 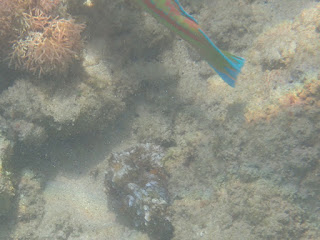 I saw this one with a den underneath a rock. The Christmas Wrasse added a bit of needed color, I thought. 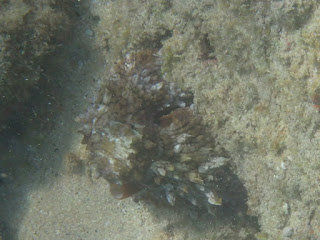 #3 didn't seem to mind me being there too much, but I didn't swoop down really close, either. 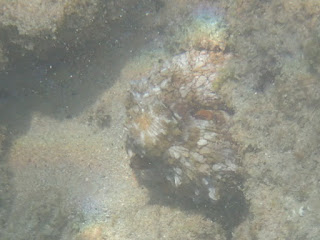 I don't know what it is, but the Ambon Puffer always looks fabulous with light on its skin. 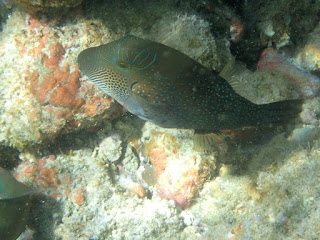 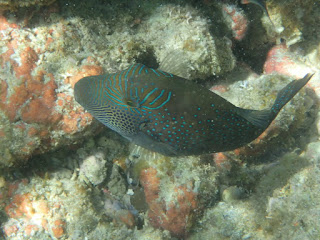 And these are the spines of the Blue Spined Unicorn fish. 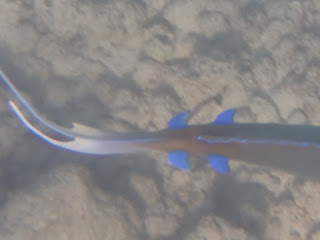 And here's the actual fish, as it swam by. 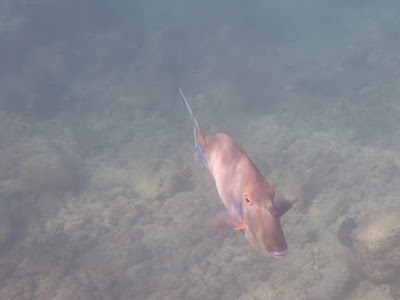 And the dreaded Cone Shell with its original animal inside. I didn't turn it over, so not sure what variety of Cone it is. They are one mean mutha on the reef, devouring fish and other shells. 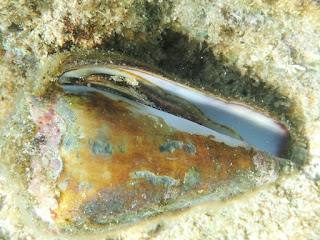 And here's another what not to do: don't follow the Honu! 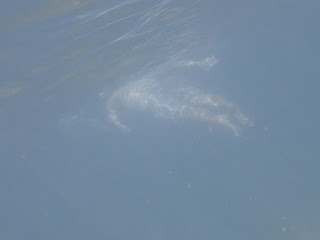 I take my pictures of them while staying still in the water. 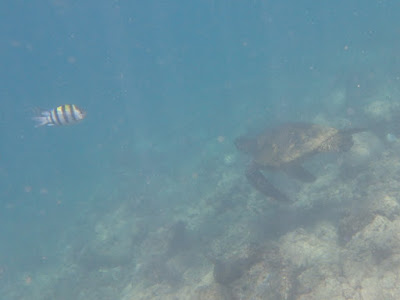 Lizard fish. He stood still for many photos, but then shot off across the reef, having had enough of my snapping, apparently. 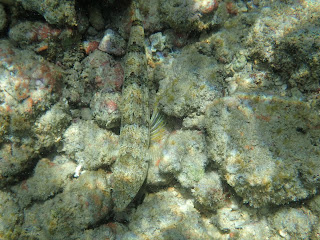 For once, the male Trunk or Box fish from the front! 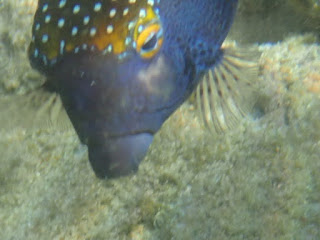 And needlefish. There were many of these, but this was a lucky catch since it was below the surface. 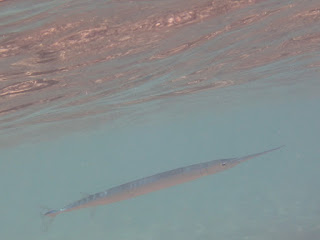 My pals, Sue and Charlie, were kind enough to get this seal up on the beach so I could go in immediately when I arrived....and yes, kidding! We pretty much let them do what they want. It's a law. Well, not hurting or chasing them is the law, actually. 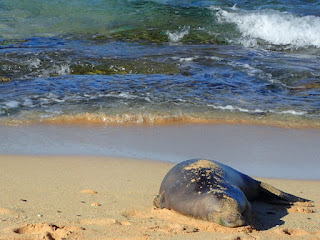 Spaghetti. That's how I think of it, because I can't remember the name of the animal that sends these out. 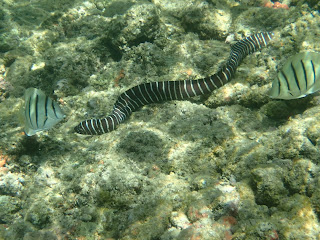 It came out of the reef, then turned around and went right back in. Apparently, not ready for the big world out there. 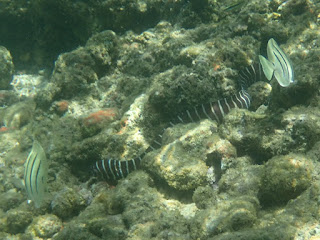 Nice swim. The water behaved for the most part and no one was particularly stupid in their water skills. I'm thankful! And I didn't have to give any lectures, so that's all to the good, too.
Posted by octopigirl7 at 5:41 PM