Is it still called fishing if a fish is doing the fishing?

Maybe the fish would call it shopping. Who knows? 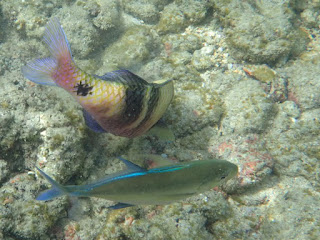 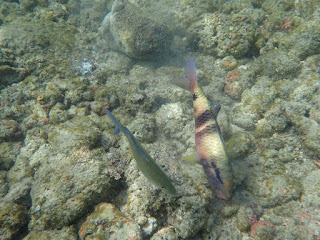 The Trevally seemed quite interested in what the goat fish was digging up. 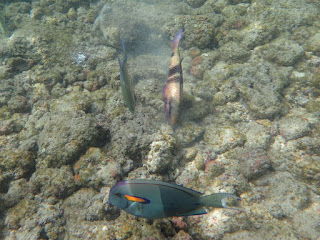 So, it seems time to get it over with: no octopus views today! There were plenty of other lovely things and quite nice water, so I'm not too bummed.  Just a little. 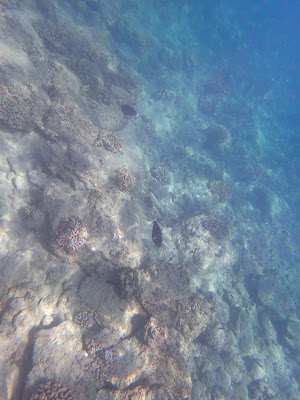 I guess the good thing about seeing no octopuses is that it leaves space in the post for more Pinktail Durgons. (Your mileage may vary.) 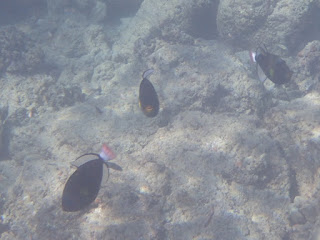 This was in the deep side. It's rather unusual to see more than one Pinktail at a time, so I took full advantage of seeing a small group. 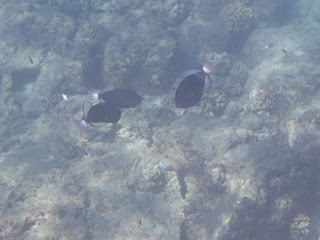 This Pinktail was on hand while the Peacock Grouper swam from one rock to another. 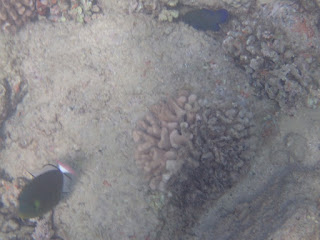 I think it's interesting that the fin on the side is yellow. I guess it would be too matchy-matchy if it were also pink. They would have had to name it Pink-tail and fin durgon... 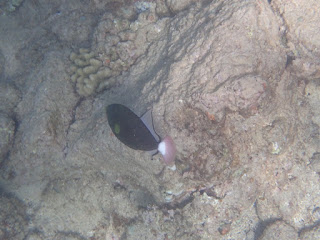 In any case, I really love these fish. They do have some serious teeth, though, so kinda glad they are not aggressive. 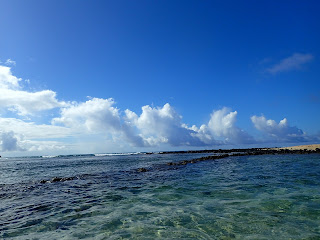 The clouds were very pretty today over the water. Note how clear the water was. The clouds look almost as if they are a train with similar cars, pulling out of a station. 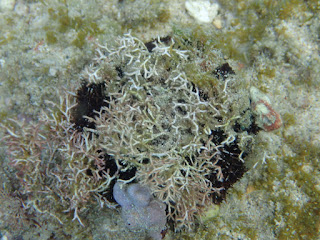 This urchin chose to create its camouflage with plant material instead of rocks.


Instead of the usual Trevally chasing the Snowflake, today the Christmas Wrasse did the honors. Christmas and snowflake do go together. 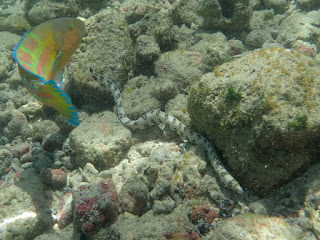 I discovered a possible reason that the octopus no longer inhabits this den. Snowflake eels and octopus are not friends. 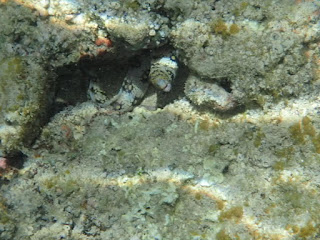 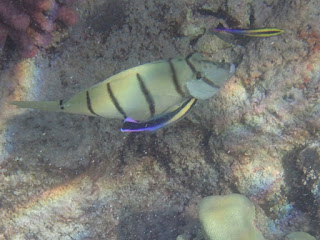 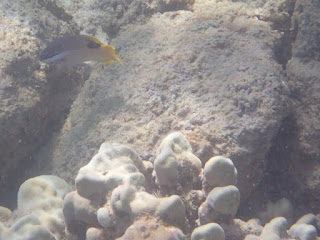 Horn Shell. I think it was probably inhabited, either by the animal or a hermit crab. In any case, I left it undisturbed. 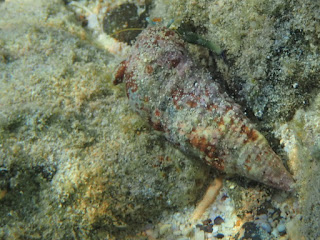 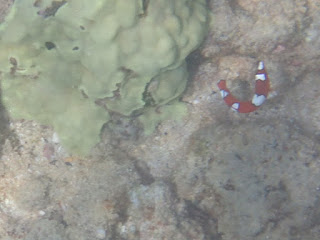 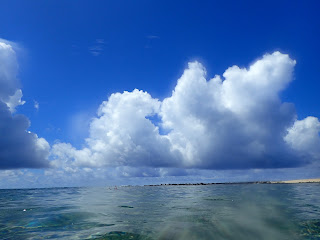 You can see the water was pretty flat, except out near the surf break. The octopus that once lived out there has apparently moved. I hope it wasn't my photo taking that made it go. 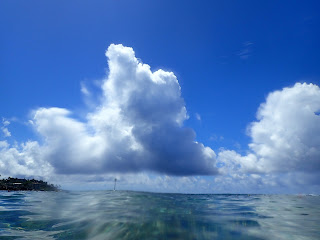 No post would be complete without a Trunk or Box fish. Here ya go, Alex! 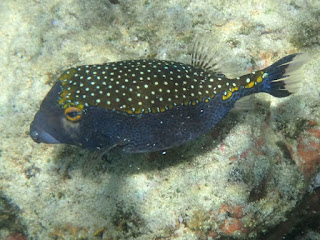 Some needlefishes were low enough in the water that I could catch em with my camera. 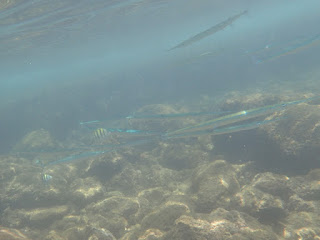 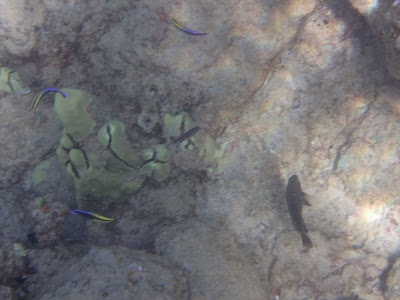 I have been threatening to start a blog about what not to do in the water. Here's the start: don't walk or sit on the bottom! It throws sand into the water and destroys the visibility. Not to mention that it can be dangerous for you: there are scorpion fish and eels and all kinds of urchins that can mess with you! Especially if you put your hands down on the bottom. 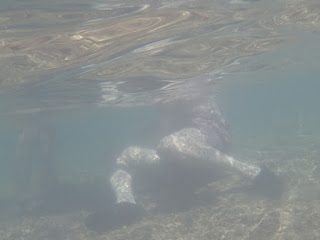 Didn't see the animal that threw out all these white strings. I'm told if you pull on them, they will pull back. HA. 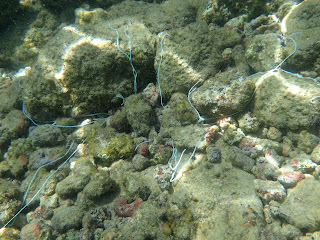 So, a nice swim. I kept myself from telling people off when they did something stupid. Well, except for the one guy who was walking on the bottom with his reef walkers. When I told him there were things that could puncture his foot, he thanked me...and went right on walking. As my pal would say, "Can't kill 'em!"

I also desisted from mentioning to the man feeding the fish that God gives them all the food they need. It's a real shame that some stupid fish and snorkel stores feel the need to sell fish food. But that's for another post.

Be careful out there! Protect the beautiful ocean!
Posted by octopigirl7 at 4:17 PM