Wiggling toward the water 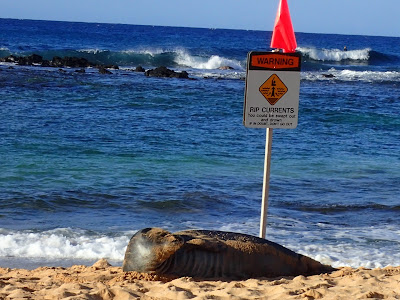 And I thought I had wrinkles! This seal kept looking up and around. Evidently, it decided that the grass was greener elsewhere....it wriggled off and entered the water. Look for the video on youtube at octopigirl7. So cute. 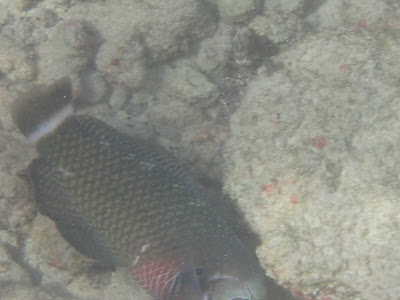 Since the Rock Mover wrasse is there, you might miss the octopus clinging to the rock above and a bit to the right. Yeah, it's hard to see! 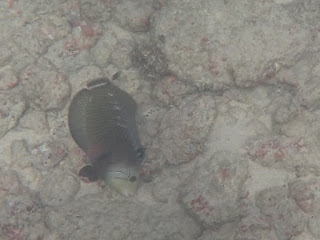 As I said in my post a few days ago, it's the REAL ocean and sometimes there's not enough light. Same fish and same octopus, above. 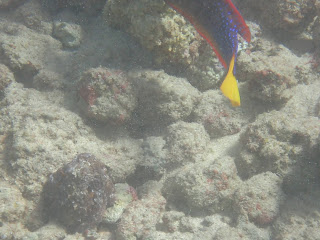 Same octopus, but different fish. The Yellow Tail Coris adds some color to the octo-scene. 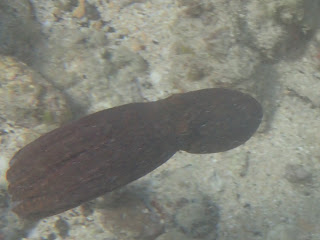 The little octopus #1 got tired of the Rock mover wrasse hassling it, so it flew off. I love how the octopus tucks in the end of its legs, ostensibly to make it harder to bite off an end. 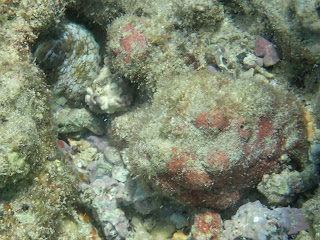 Above and to the left is octopus #2. Oh man, this one was so small and adorable. Hiding for all its worth. It was so small that I had a hard time making sure it was in the photo. It helps to have an identifying rock nearby. 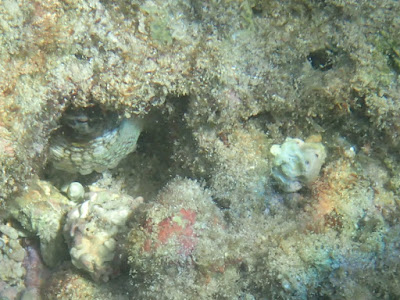 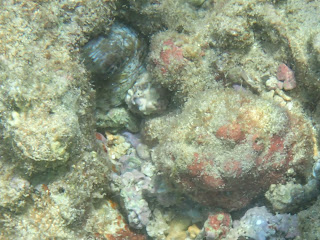 I love seeing all octopuses, but the small ones really make me smile. Hopefully, no one will step on this one, as it was in the Kiddie Pond and people tend to walk on the ocean floor. I have limited my anger to the inside of my brain and haven't let it out of my voice box...yet.

You might think I'm mean, but when you walk on the bottom, not only do you take the chance of hurting an animal (octopus, eel, shell, crab...), but you also stir up the sand, which makes the visibility junk. You get my gist. 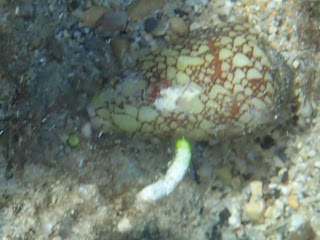 This nice Cone Shell looked in great shape, so that makes me assume it's still in use. In any other shell, I would probably pick it up in the hopes of seeing if it's really still alive. But in the Cones, since they have venom and can hurt people, I tend not to pick them up unless it's obvious they are empty. Which also means they aren't as pretty. But I really can't kill a live animal just because it's pretty. 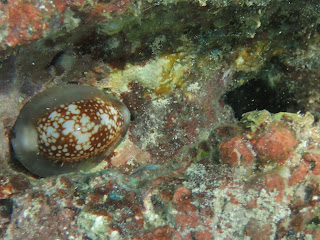 A Cowry shell hiding between two bits of rock. 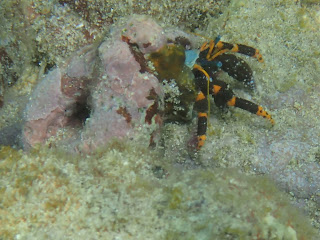 The Electric Blue Crab hauling its shell around with it. (It's the pinkish thing to the left of the crab.) 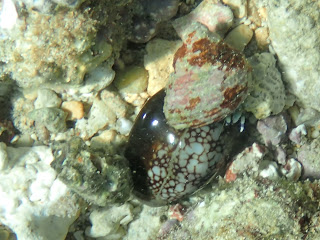 Another crab, assaulting a Cowry shell. If you look closely, you can see 3 little legs below the shell on top of the Cowry. 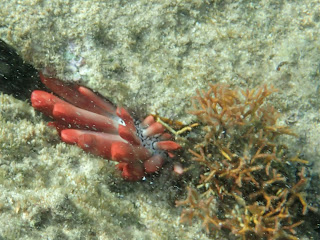 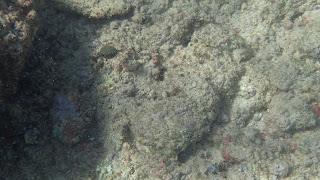 Just so you know, it can be dangerous to laugh out loud while wearing a snorkel! But this little guy was so cute....so tiny and a bit afraid. A few other fishes swept by it, and it appeared to be quite intimidated! 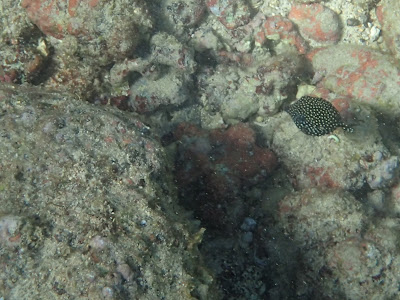 Nice day at the pond. No one actually swam into me, but a few came close. Rookie moves...but I was a rookie once, myself.
Posted by octopigirl7 at 5:26 PM