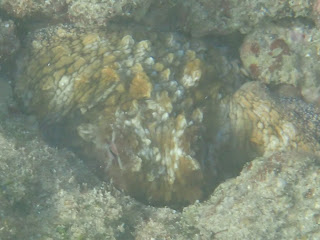 I was relieved today to be able to get back into the deep part and find an octopus. It was, I think, the same one I've been seeing for a little while. If you look at the lower left part of the brown and white octo-mass, you'll see its eye: with white lines going out from it. I have read that they are color-blind, which if true, amazes me, since they can make such fast color changes. I guess they don't have to look to know what colors they are changing to. 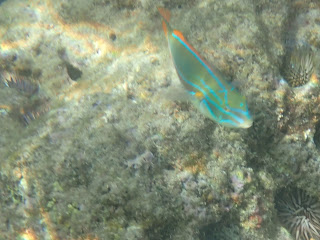 Nice wrasse. This Belted Wrasse male darted up to my camera, so I took the shot. 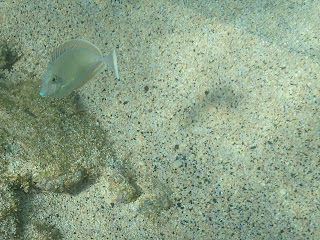 There are beaucoup little fishes these days: the Blue Spined Unicorn fish seen above, as well as the tiny Humu (find it a little further on). 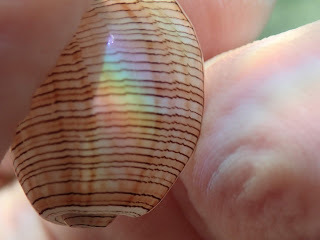 Nice Bubble Shell. Intact and nobody home, so it is home with me now. The odd pink-ness is my finger tips...Yes, they do get a bit pruney! 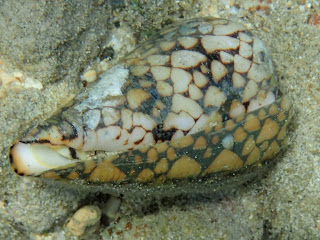 Nice probably live Cone Shell. This one was about 2.5 inches long (I briefly put my finger alongside it and noted its size.) 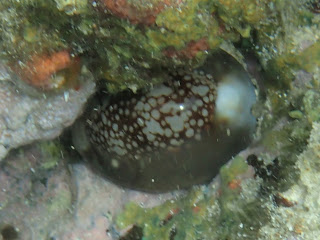 Another pretty shell was the Cowry. This one was hiding inside the rocks. That's where I mostly see them. 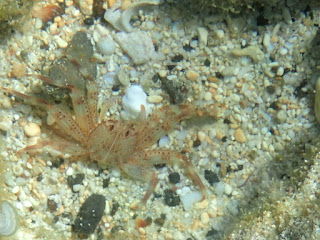 This crab had been someone's breakfast....I am not sure how they got the meat out (perhaps an octopus devoured it through the tiny hole they make), but I thought the crab was pretty. 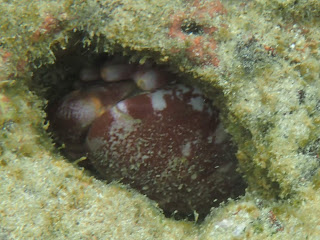 As was the one to the right, also hiding. 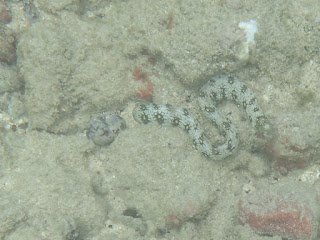 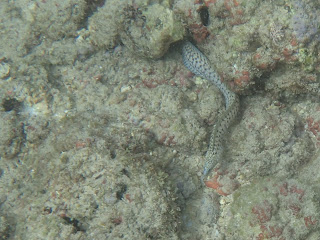 I do wish I were better with all these eels! I do not know this one's name. It could be a Stout Moray. 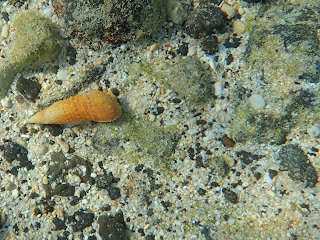 Horn shell and operculum. Unfortunately, there was a small crab in the shell, so I took the operculum, but not the shell. 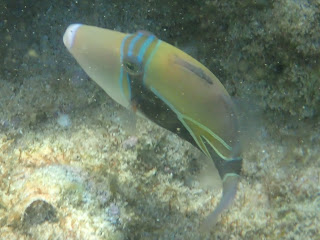 One of the pretty Humu fish. Scadzillions of the little ones around now. 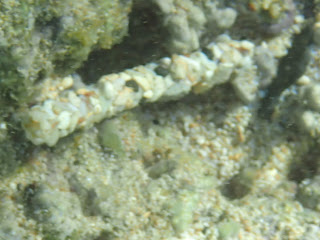 I can only guess what this is: perhaps poo? It was about 3 inches long and appears to be packed sand. And I wonder: if it is poo, who would have excreted it?! 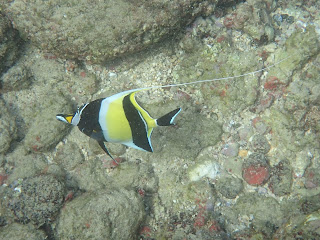 Moorish Idol. I was going to report that this is the loveliest of the fishes, but there are so many choices. Notably, the Ambon Puffer. 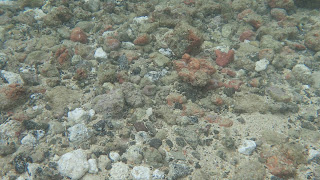 Lots of rocks had been moved around by the recent big waves, so the bottom looked really different. I was surprised and perplexed by the white rocks: if it's a volcanic island, where did the white rocks come from?! 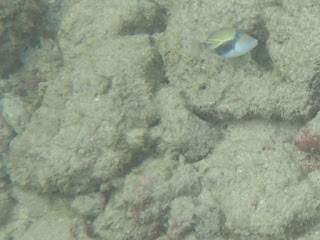 One of the tiny Humu, ready to dart into that hole for protection. 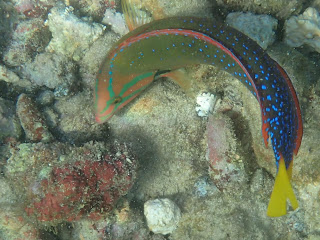 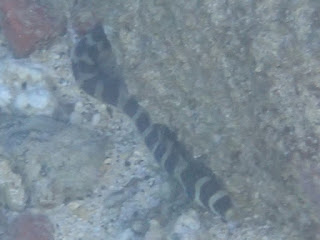 I at first wanted to call this a Zebra Moray, but I think, upon consulting books, that it is a barred moray. Your mileage may differ.

As always, I'm thankful to God for creating all these cool animals. What an imagination.