Another great day in the water, even though the high surf kept me out of the deep side. Five octopuses, including at least 2 that were small. And a flounder. And a Spotfin Scorpion Fish! But I'm getting ahead of myself: 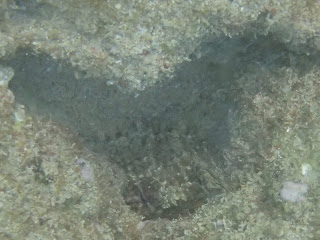 The before and after of He'e #1: regular at-ease color and then dark. The eye is just above the v of the den. 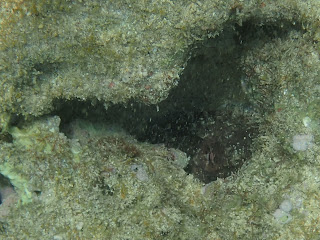 In this one, even though there was a lot of sand in the water, you can see both eyes of He'e #1. 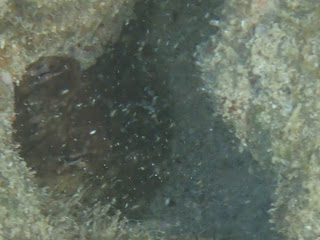 It even popped up a bit to see if I was gone. 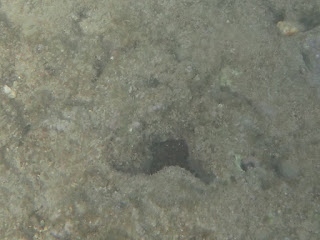 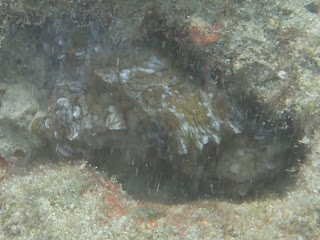 He'e 3 This octopus was on the ocean floor and wedged between two rocks. 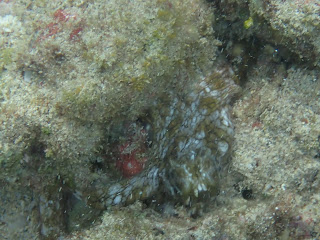 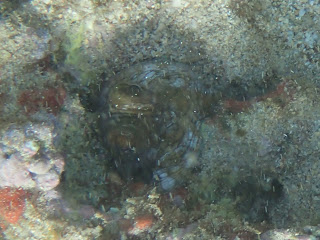 He'e #5: this one moved the rock in the left of the photo. The waves blew it down and it picked it back up. 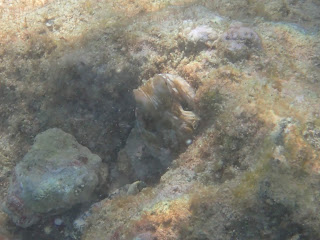 Even the little octopuses have caught on to the "peeking" concept..they'll put just an eye above the ground to see if the enemy is still there.  I was a bit concerned about this octopus, as I had seen a snowflake moray eel come near the rock, at the bottom. Not sure if it could easily mess with the octopus, which was on top in a den....hope it's safe. 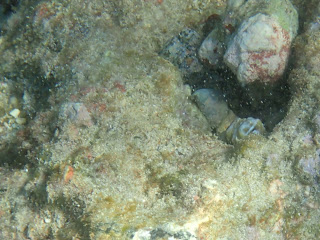 You can see the little wrinkles they can get between their eyes. 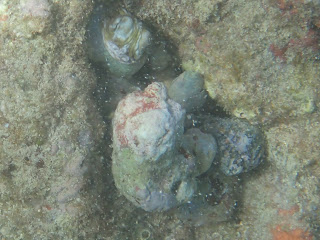 I was happy for the rock with pink on it: it helped me be able to see the octopus to keep taking the photos. 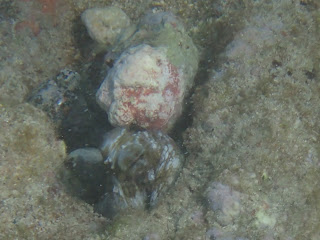 I had my finger on the button for a long time, hoping for a great shot. They are wonderful animals with good camouflage skills..

Whoops! My sweetheart mentioned I had forgotten to add the flounder I saw. That would have been such a shame...this little guy was about the same size as my hand length...and if you click on the photo, you can see its eyes never left me...like I would eat a flounder. NOT! 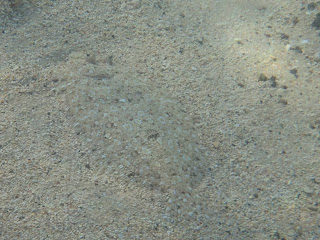 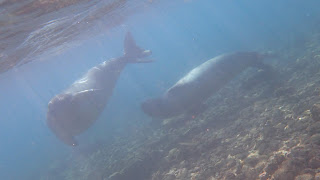 These two seals surprised me...I got all these shots in less than 30 seconds, I'll bet, as I swam away. And let the two people know that they shouldn't follow the seals and that they could bite. The lady said We know that thanks! and then followed them anyway. Some people can't learn.  But the lifeguard was good about making an announcement. Following is harassing and that is illegal! 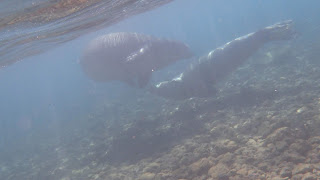 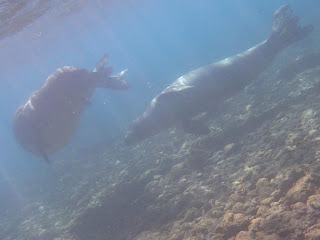 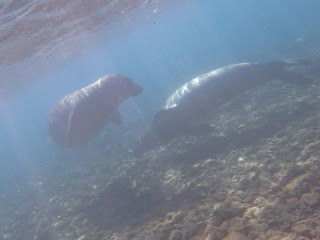 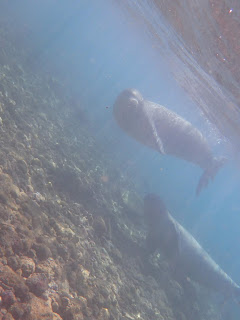 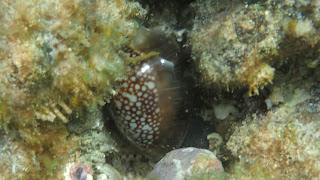 Cute little trunk fish, the body maybe an inch and a half long, not counting the tail. 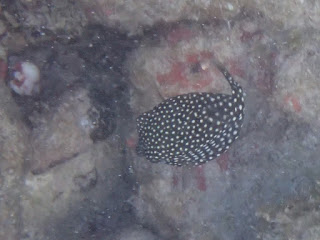 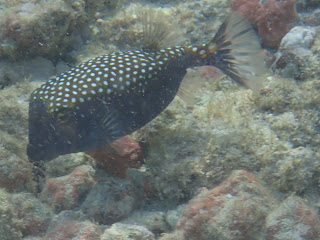 Moon and palm trees for my sweetheart. 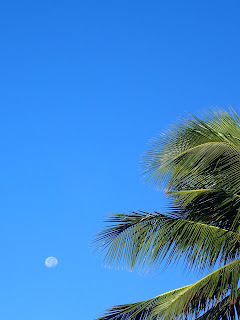 Needlefish. You can see that the surf had messed with the visibility. 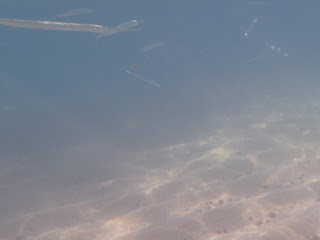 Spotfin Scorpion Fish. One of the reasons not to walk on the bottom. 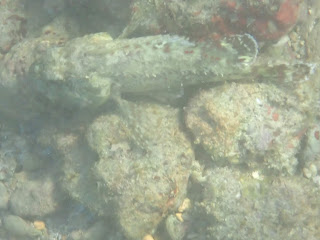 So happy with the swim today. God is great. I am very thankful for all the great creations I get to see only 20 minutes from home.