Write a post or attend a baby shower....tough decision!

As you may remember, I like to write my posts on the same day as the swim, so as to remember all the pertinent details. But yesterday, I was able to attend a Baby Shower, so the post got put off until today.

Normally, attending such an event wouldn't ring my bells at all but it was a nice lady from my church, so I wanted to attend. Thankfully, the baby games were not stupid, so I mostly didn't mind. (I did mind that it took 3 and a half hours...and that was just to greet, eat and open presents...then they started opening cards! I left before the card opening. A girl can only take so much.)

And you might wonder how I am not sure about the 3 or 4 count. The last octopus was a maybe because it was really hard to see. So here we go: 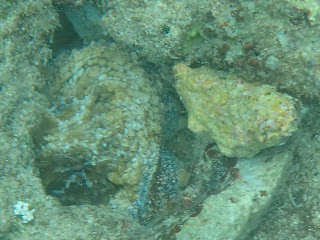 Octopus #1, to the left and below. 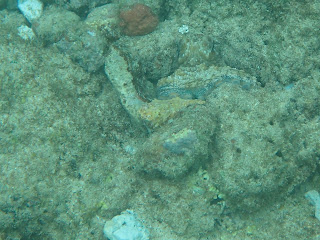 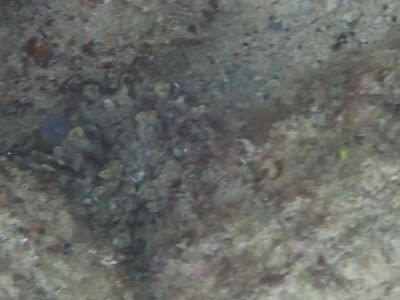 You can tell the octopus by the bumpy skin and the siphon just below the rock on the left. My friend tells me that she has a hard time seeing the octopuses, so here is #2: 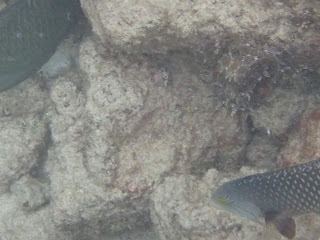 Between the fish and the rock. 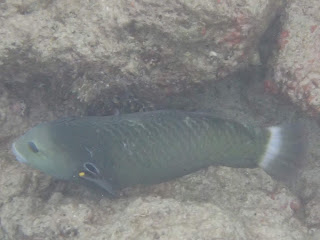 The octopus in the one below is "peeking" at me..on the right with just its two bumps/eyes showing in brown. 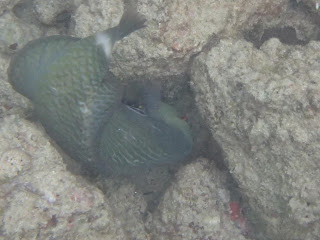 This Rock Mover wrasse was creating difficulty for #3. The octopus is in the middle near the top. Yes, really. You can just barely see the white of the siphon. 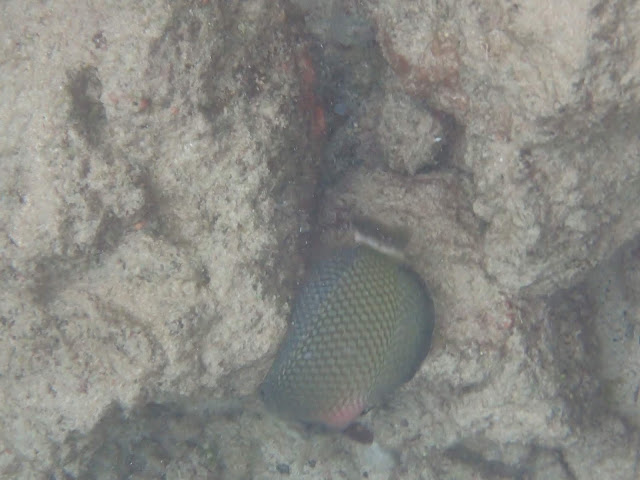 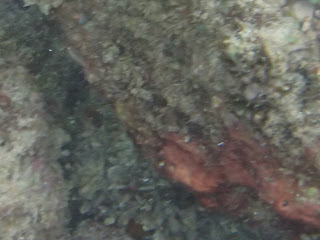 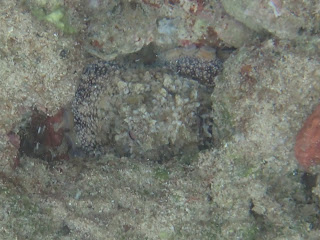 And below is maybe #4: see how it could be one? 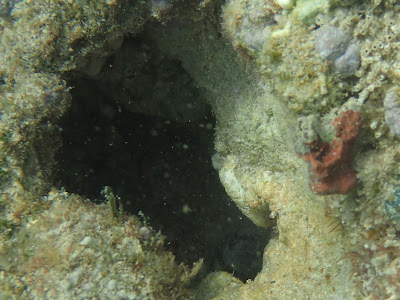 Sometimes, since I am usually more than 10 feet away from the animal, it helps to have locators, such as rocks, to remember where they are. 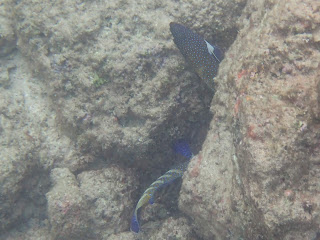 You might almost think this is one Peacock Grouper, but actually it's two, one going in between the rocks and one coming out. Apparently, they are not big hugely social animals. 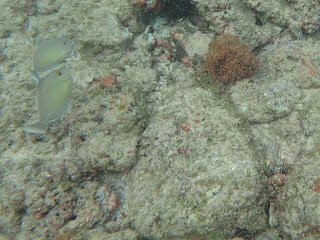 Three Moorish Idols. These were smallish ones, near the rocks between the big pond and the little one. 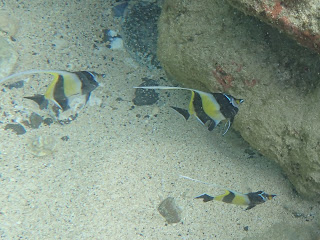 My pal, the Abudefduf. I try to take a photo when they are side-on, but that doesn't happen often. 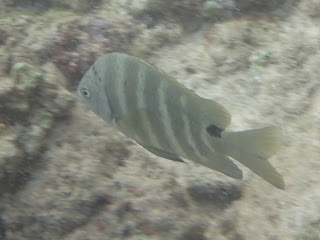 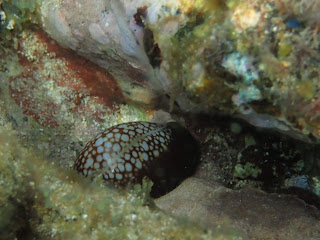 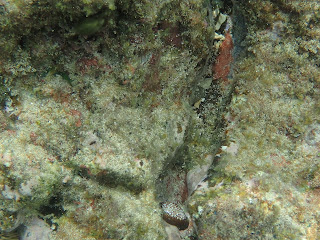 Haha. This is a Snowflake Moray eel. You can see the head; look up and to the left to see the tail. There must be quite a cavern underneath this eel. 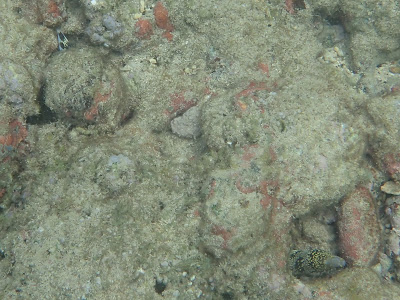 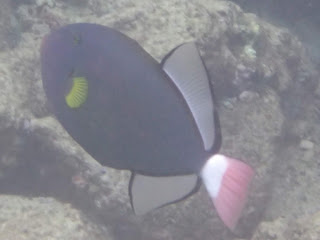 I rarely see this: a puffed out Puffer fish, or toby. I don't know what made it puff, but it was doing that before I got there, so don't blame me, please! 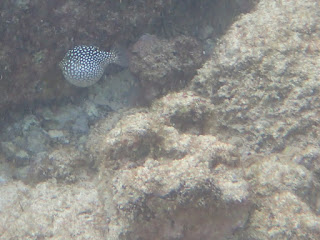 The poor octopus #3 was below this Rock Mover. For some reason, it kept trying to rub against the octopus. I really wish I knew why they do that! 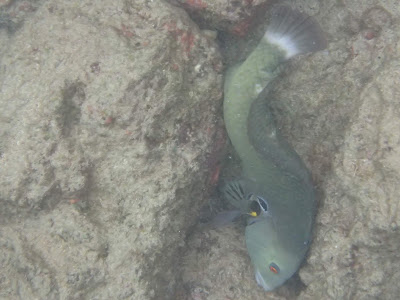 Juvenile Yellow Tail Coris. And yes, I know there's nothing yellow about it at this stage. But trust me. 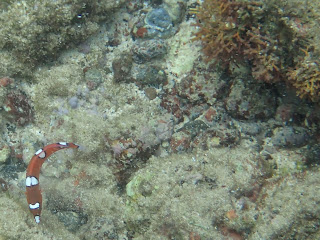 See? Here's the same type of fish, just a bit older. You can see the white line as in the juvenile, but the older fishes have the adult coloration, if not the fully adult size. 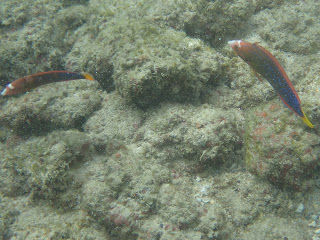 I always feel I'm missing something if I have the chance to swim, but don't. After all, I couldn't go every day....could I?