A great swim after church

Lately, I haven't been swimming after church. By the time I get to the water, most of the newbies are in there, and sometimes they, well, mess things up! A lot of walking on the bottom (thereby creating bad visibility and irritation to the animals who live on the bottom, like my beloved octopuses) and generally not watching where they are going and bumping into others. I now have a standard practice of putting my arm out when they come near, so they don't kick my mask off.

But today, perhaps because I wanted to "catch up" on the missed snorkeling due to the recent storm, I wanted to get back in. And glad I did. Four octopuses! 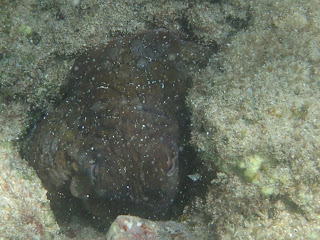 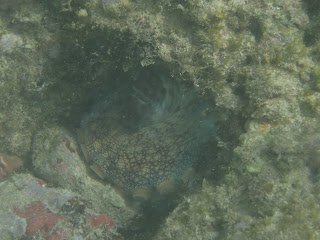 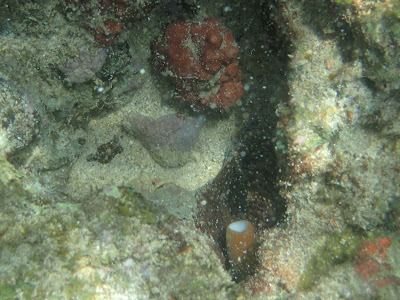 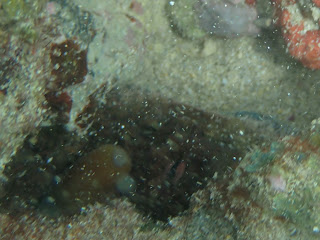 And, harder to spot, #4. This animal swept between a couple of rocks, and then did it again. Sadly, my video of this was only good for a couple of seconds. But in the photo below, you can see the two legs (white and long, up and down) and part of the body (spotted). I will admit it all happened so quickly that I was at first unable to visualize whether it was an octopus or a squid! But no squid moves the way this did. At least, not that I know about. 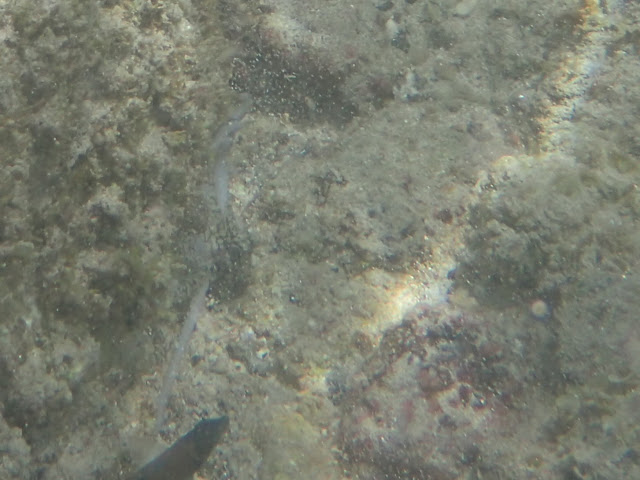 I think the picture below might be the body, but it's not a great shot, so I cannot be certain. Drat. 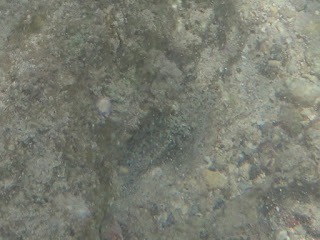 I was very excited, though, wondering if the pix would catch the animal. At that time of day (noonish), the sun is directly overhead and the darn thing shot from one rock to another, darting beneath them. Of course. It would never dart on TOP of a rock! 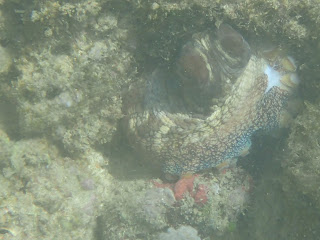 You can see where the octopus apparently lost part of its body (the white area). I have seen this before and always feel badly. They do re-grow parts if they get detached, so I assume it will do that with this area. However, it is quite noticeable against the brown of the surrounding area and the rest of the octopus body, so I wonder how it impacts their ability to hide. Hopefully, I'll be able to find it again next time I swim.

I did also see another pretty shell and again, it had a crab using it. Double drat. So I had to leave it there. 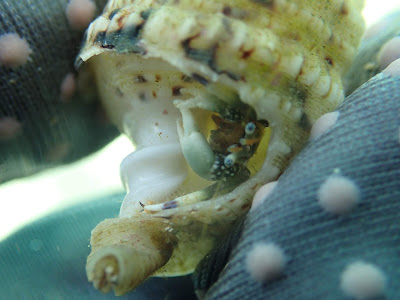 The grey with pink dots is my glove. The two small white dots with blue centers are the crabs eyestalks. Check those monster claws, too! 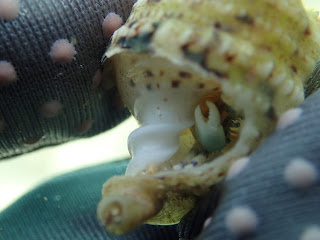 Well, maybe not so monster-sized. It's a shame, too, because I was totally impressed with the pretty patterns of the shell and would love to have it in my collection. But live occupants have first dibs. 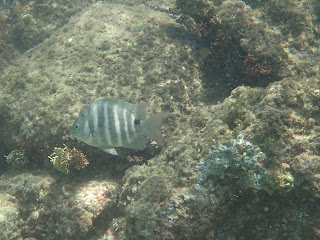 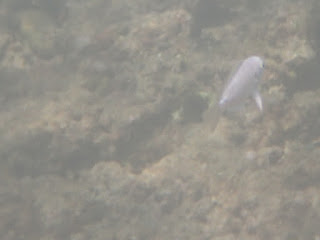 I saw this very small white fish. Couldn't get a great snap, and also can't i.d. it. It could be a juvenile chub, but it's odd that there were no more, as I normally see the adults in a group with other chub. And those normally have bluish lines.... 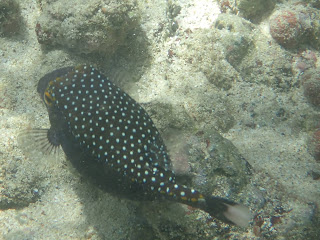 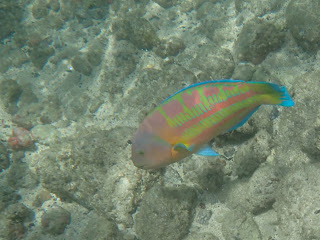 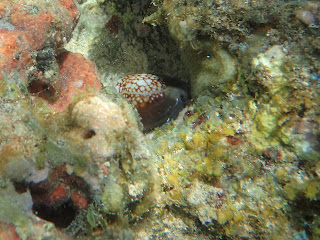 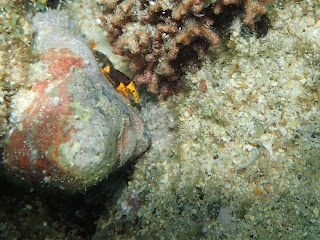 Another crab in a shell..different type. 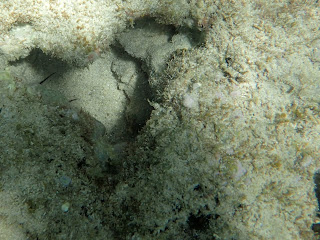 If you look closely, you can see the two legs of a brittle star...this was in the den where the octopus was yesterday. I'm hopeful that they can share and the octopus will return. 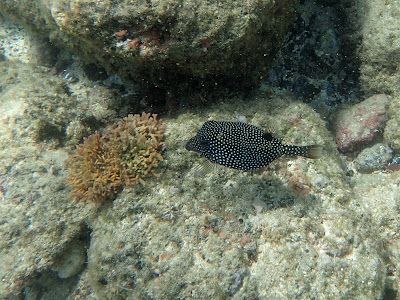 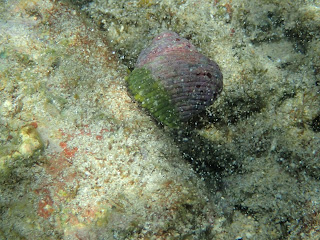 
So, a nice swim. Four octopuses is a very good number. Here's hoping that next time if I see any new/amazing critters, my camera skills will be improved! Or they will move more slowly. ha.
Posted by octopigirl7 at 9:19 PM