I blame the Brighteyes!

I saw 2 octopuses today. Not 6! I blame the Brighteye Chromises.....is that how one makes that plural? Chromii? ha. They seem very assertive and I'll bet they make life uncomfortable for the octopuses. Bad, bad Chromis! 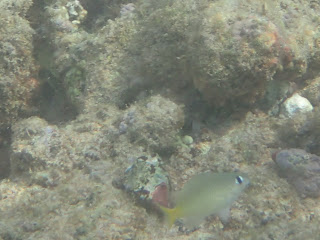 You wouldn't think such a small fish could push octopuses around, but.... 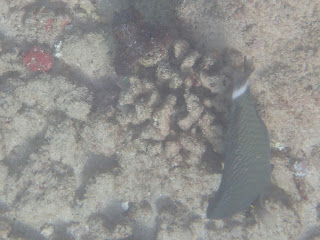 Rock mover wrasse and octopus #1. The latter is at the top of the frame. 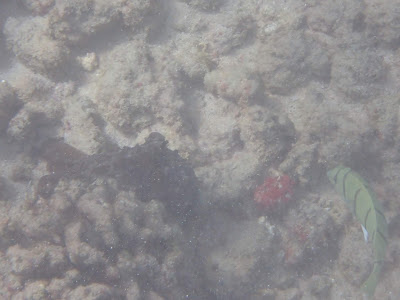 The octopus was trying to relax after being hassled by the wrasse. 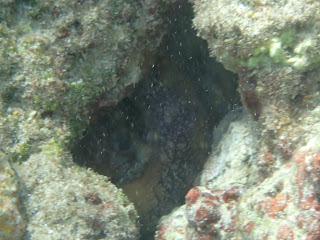 This octopus was relaxing in its den. #2 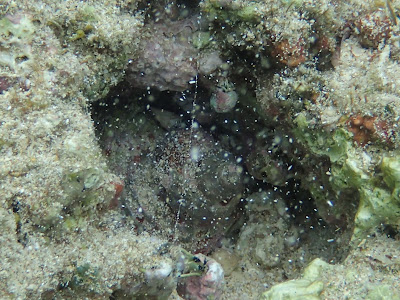 This takes a bit of explanation. I originally took the photo because of the Turban shell in the hole. This is the type of shell that has the operculum, those neat white things I collect. What I didn't see until I got this home are the two Hermit Crabs! One in a shell on the bottom and one at the top of the hole. They are both those pale green crabs...look for the legs. I'm not sure what the tiny line from top to bottom is... 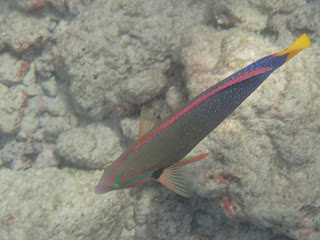 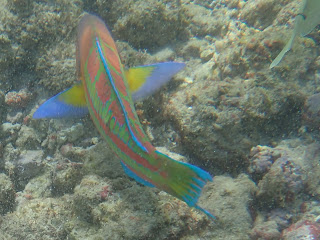 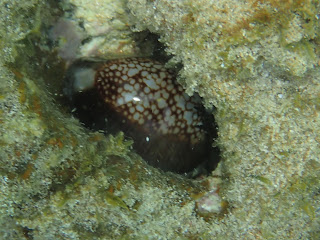 Cowry shell above and horn shell below. 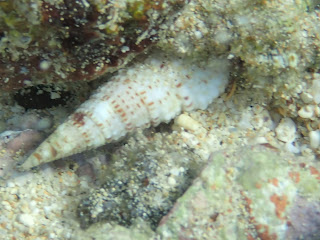 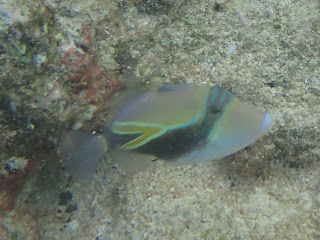 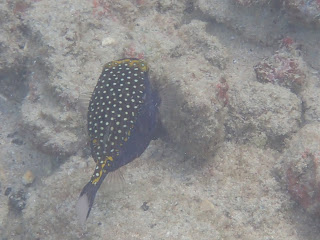 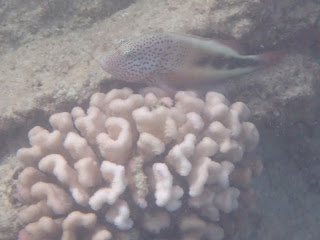 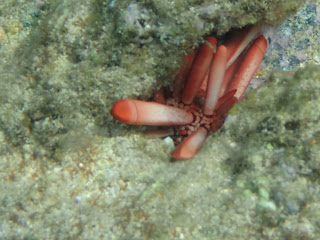 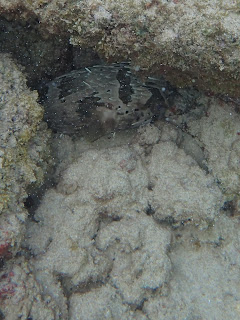 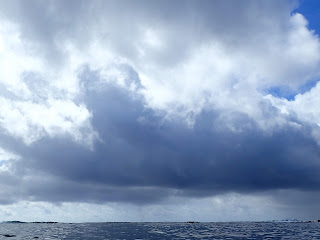 Rain out at sea. 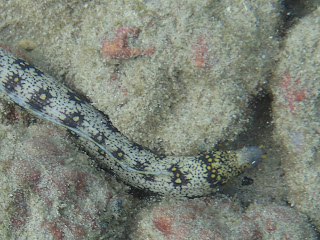 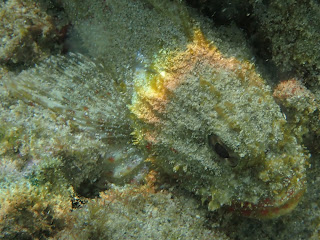 A nice swim, and a true gift, because it was a Monday. I normally don't swim on Mondays, but my ankle was acting up, so I did. Yes, I agree, it's odd that swimming doesn't bother it.
Thanks, God!
Almost forgot some cool clouds: 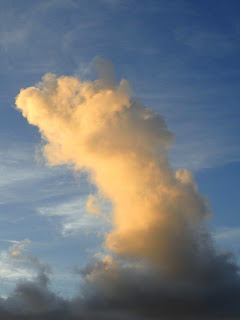 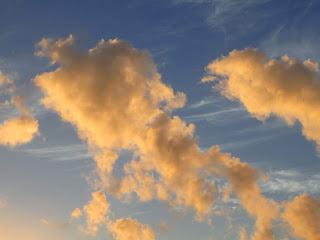 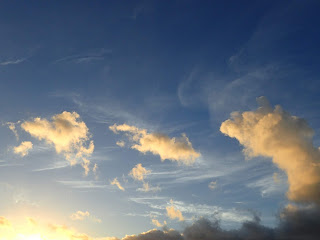 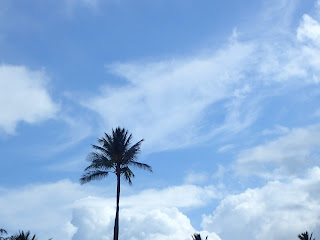