The day I forgot my bathing suit.....

Yup, today I was taking my things out of the trunk at the beach at Poipu. I went to put the key clasp onto my bathing suit and realized I wasn't wearing one! eek.

Fortunately, I was able to go to the restroom and put on my dive wetsuit. My only problem was that I needed to remember I didn't have a bathing suit on; normally, I take off my wetsuit at the public shower. Not a good idea today.

I was able to shake up my memory banks when I got out after my 2.5 hour swim. I didn't think the public was ready for me without a bathing suit. Even though I had left on my t-shirt, the t-shirt was not long enough. It would have been immediately evident that I was missing the bottom half of my bikini.

I am happy to report that I kept myself appropriately clad until I got to my friend's house. I guess moving to Oahu is taking a toll on my mind.

That said, I was able to spot 3 octopuses. And a Monk Seal swam by me. 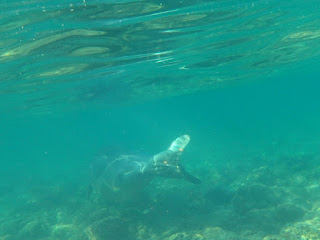 This was a nice sized one; he had a toe tag (the orange bit on his flipper.) 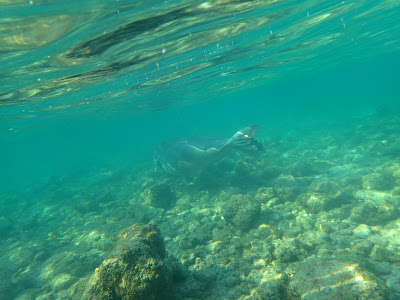 He did look at me as he swam by, as if asking me to play. But he swept through quickly, so his interest was not piqued. Thank goodness. One isn't supposed to play with 'em. 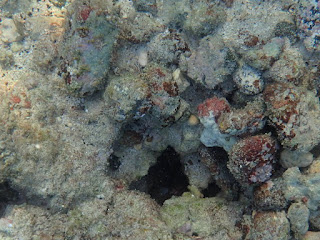 Octopus #1 was a good hider. But below, you can spot its eye and siphon. 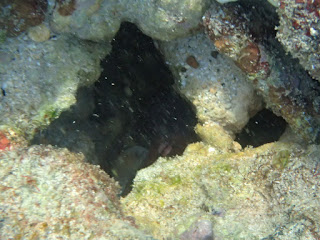 He'e #2 was a good hider also, but you can see its eye and part of the siphon. The junk in the water is sand that blew by in the current. 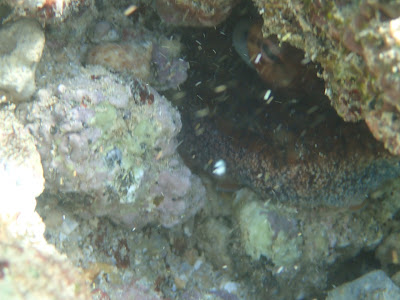 He'e #3 was out near the Kiddie Pond. The pale green tail is that of the Manini (Convict Tang). 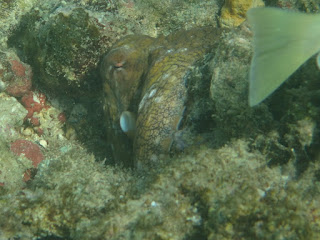 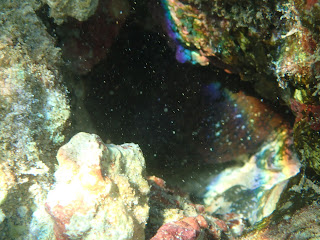 You can see the rocks that they move around their den. 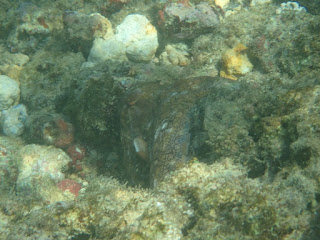 Look closely at the shell...there's an animal inside! See the tube? I'm thinking it's probably the shell's original owner. I left it there, though, so we may never know. 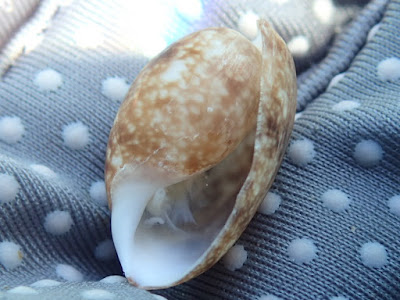 Male Christmas Wrasse. Doesn't it look like a plane? 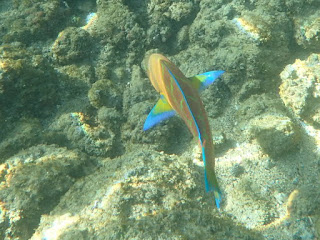 Snakeshead Cowry shell. Very shiny and pretty. I couldn't tell if it was occupied, so I left it alone. 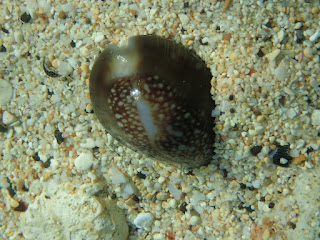 A Hebrew Cone shell semi-covered in sea gunk. Note the pretty purple color on the inside lip. 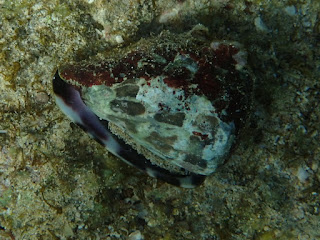 Some Kihikihi (Moorish Idols) dancing around the coral head. 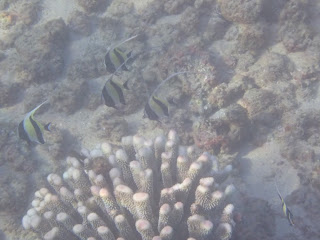 Needle fish. I took many pix, but it's hard to get close ups. 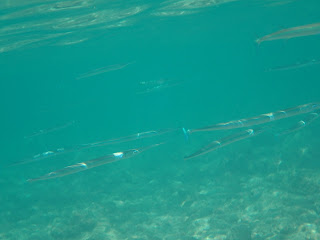 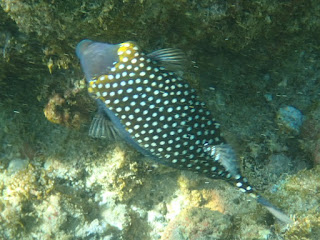 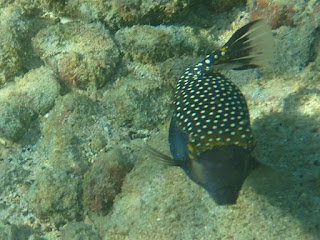 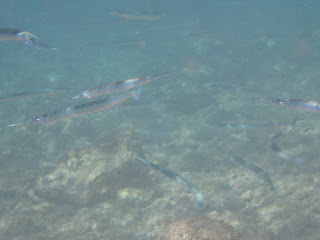 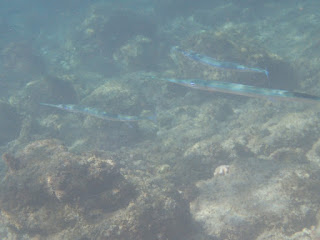 Pinktail in the deeper side. 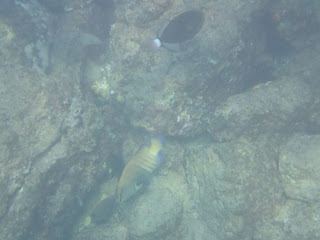 And one with a bit of rainbow on its face. 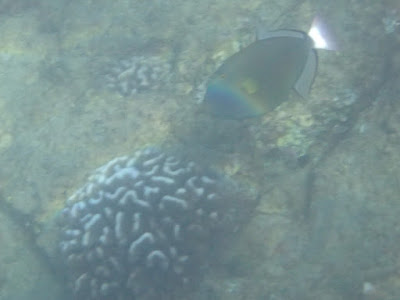 The juveniles don't have the pink yet. I saw one, but didn't get a good shot. This is the adult, below. 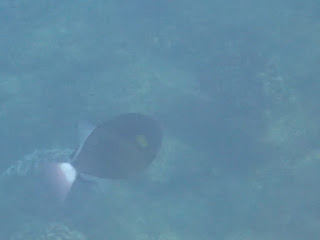 And a supermale Christmas Wrasse zoomed through quickly. 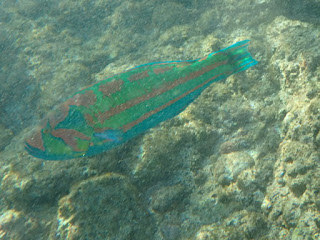 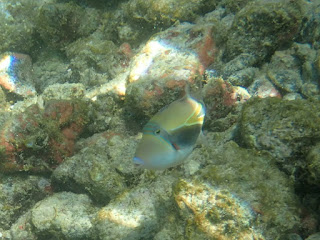 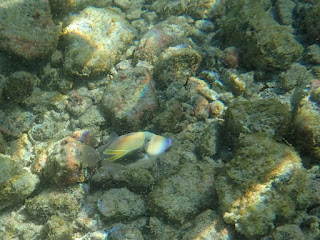 Do you see it below? 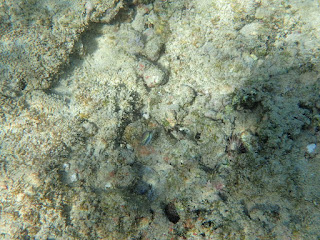 Note to self: always ensure there's a bathing suit in the car!
Posted by octopigirl7 at 3:22 PM