I debated about going into the deep side today, as it was high tide. But the surf wasn't very big, so after due consideration and a discussion with a very nice lady from Illinois, I decided it was ok. And it was nice, once I got in there. The water did move me around a bit, but not unmanageably. And I was not swept over to the shallow side against my will, so that's all good too.
Two octopuses spotted: 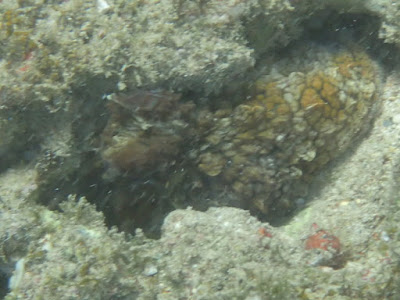 You can see some bumps on its skin. 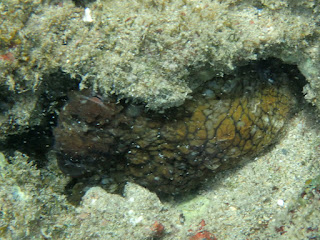 And the eye is at the top of the body, so just below the rock above its den. 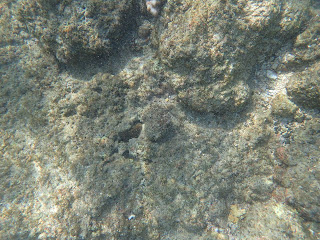 And this is what I saw at first. Hard to see, isn't it? 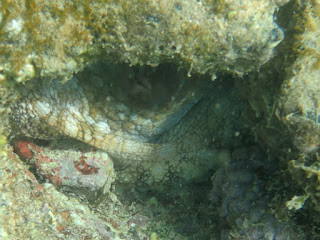 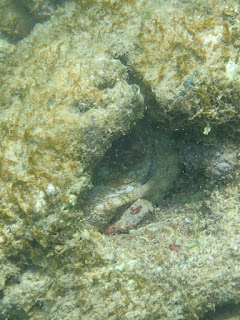 But at one point, it did show more of itself. But it didn't come out to play. 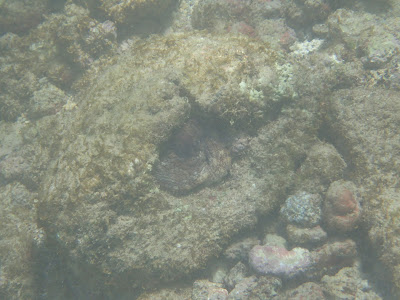 Did you see the recent PBS show on octopuses?! If not, catch up on DVR, as it's a story about octopuses and how cool they are, as experienced by an Alaskan professor and his daughter! And no, it's not the Pacific octopus featured, but the kind we get over here, the cyanea. Very neat show, with lots of video of the coolest animal on the planet. (It's possible I'm a little bit biased.) 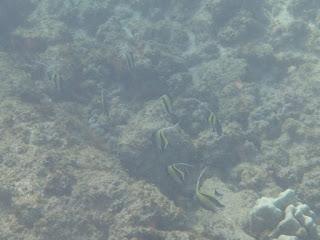 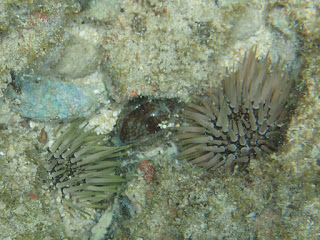 I have not yet learned the Hawaiian name for a Cowry shell, however. Doesn't stop them from being pretty. 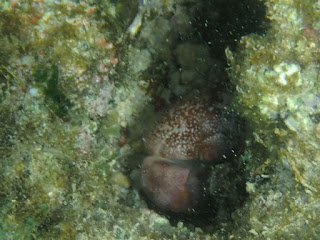 Crab hiding inside a hole. 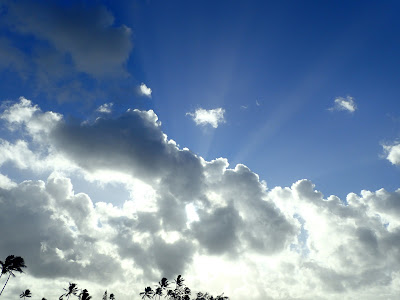 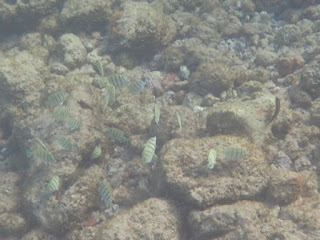 Manini group of juveniles...Manini being manini! 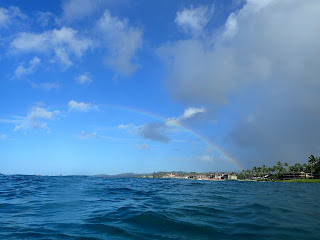 Rainbow. Worth popping up for. 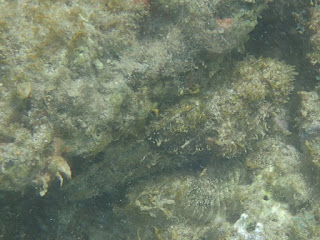 Scorpion Fish. They do blend in very well, I think. 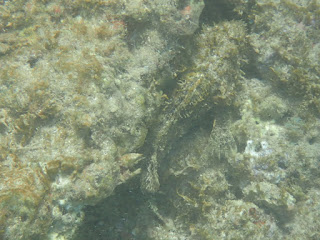 You can see, following, a bit of the orange on the inside of the side fin. 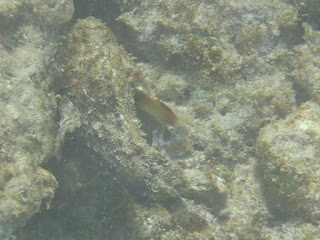 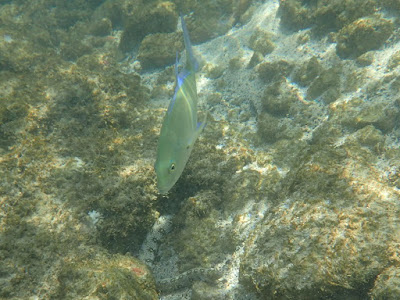 Juvenile Yellow Tail Coris. I saw the adults today, too, but didn't think to snap a photo. I see them so often. 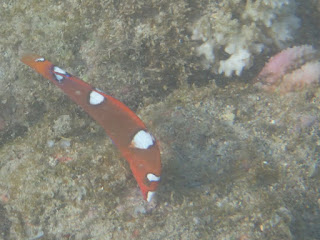 A nice swim all around. Glad I ventured into the deeper side.