I am not usually an indecisive person, but today, I thought there was an octopus hiding, but couldn't prove. What's your opinion? 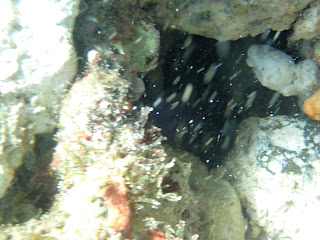 Hard to tell, right? I think it was in there, but can't really count it. Normally, I can spot the siphon or an eye, but...

Anyway, it was fun to think it was in there, being all good camouflage-wise.

I am sure however, that there was a baby seal. I'm told it was 1 year old. Untagged, too. 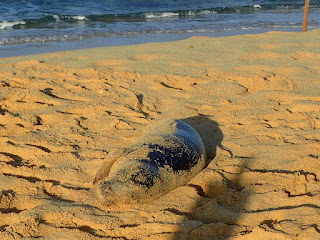 Awww.  This one was probably 1/3 of the regular size. So asleep. 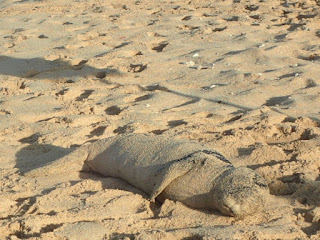 If I were that sandy, I'd be very itchy.


I'm told that from about 45 days old, they are on their own. 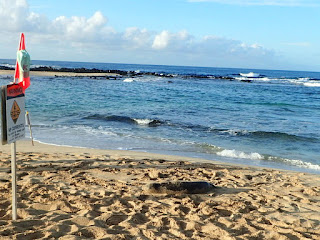 With all the sand, it was hard to see it from the water.  Just looked like a lump! 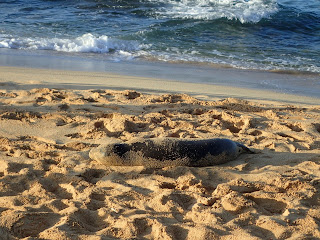 I am also sure I saw a turtle or honu: 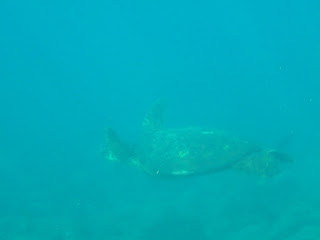 It calmly swam by me. I try to be innocuous... 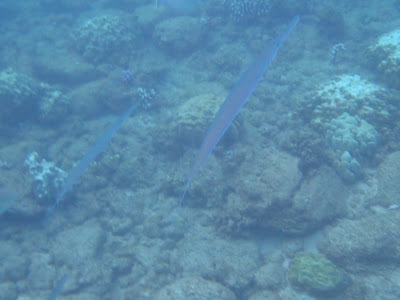 There were a whole bunch of Cornet fish (I counted 13 in one group), but this picture shows how big the one on the right was: much bigger than the one on the left. 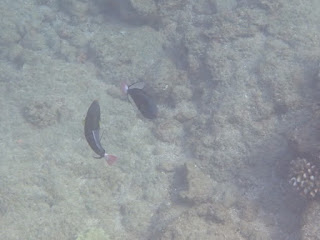 These 2 Pinktails were circling around each other. Fighting? Mating? 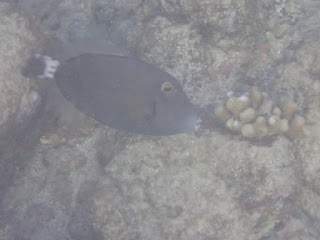 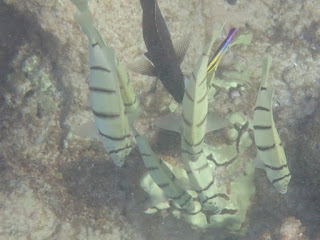 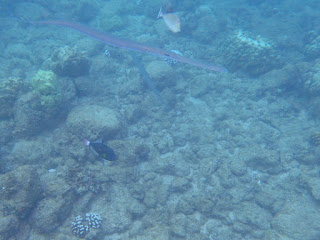 Another shot of a pinktail and a cornet. In the deep side. 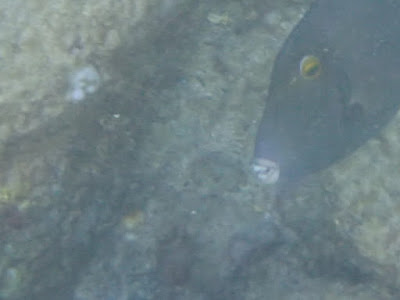 Check out those teeth, would ya?! 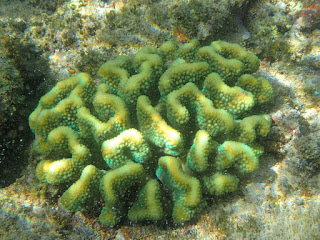 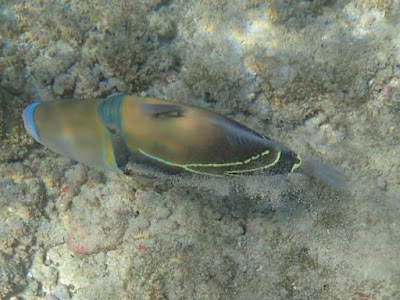 Humu was blowing sand out its gills. 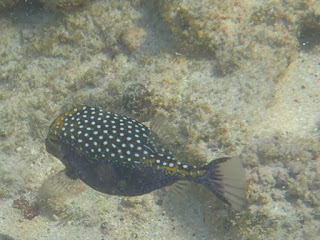 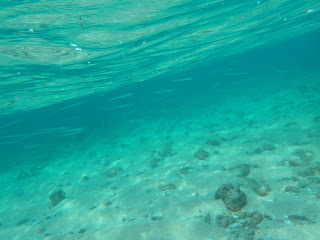 A bunch of needle fishes 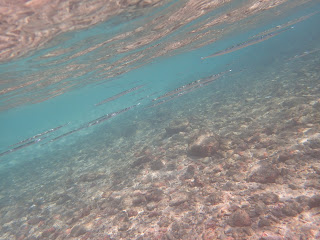 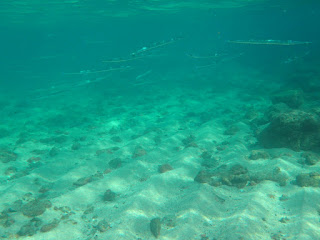 The Rock Mover Wrasse below was eyeballing the much smaller Saddle Wrasse, as if to say: What you doing following me?! 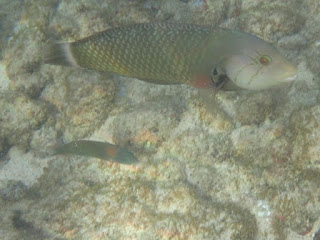 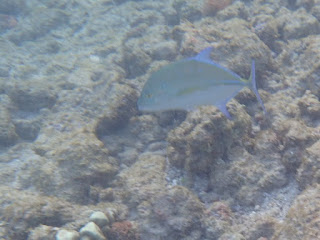 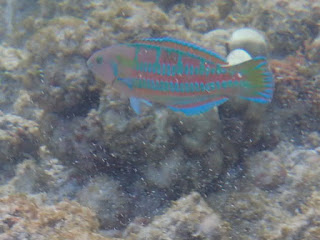 Turned out to be a small Christmas wrasse. The wrasse waited until the Trevally lost interest. Smart fish! Thank you for reading. Hope there'll be a confirmed octo-fish next time. Here's hoping!