The water was big waves for some of the time. I got in at 7:30 a.m. and out at around 10, so I had a good time. Saw 2 octopuses and 2 scorpion fishes. I didn't take as many photos as usual because the water wasn't particularly clean, due to all of the wave action. Still glad to get in! Last time was Wednesday, so it was time. I used the excuse of looking after my friend's cat. Didn't see the cat, but did put out food for it. 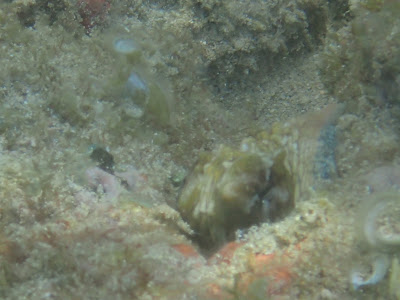 It is rather hard to tell, but this little guy was in a hole in a rock. The hole was on the side of the rock, so it was easy for the little one to hide when I got too close. You can see a bit of its body too, to the right of the eye. But at least it didn't turn that angry brown. Maybe it was too young to have picked up that emotional response yet! 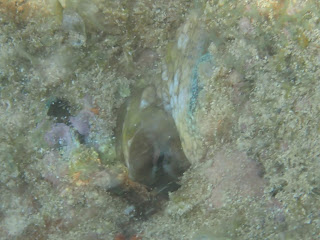 And He'e (octopus) #2 was also small. Look at the very cute small suckers. Adorable. Your mileage may vary. 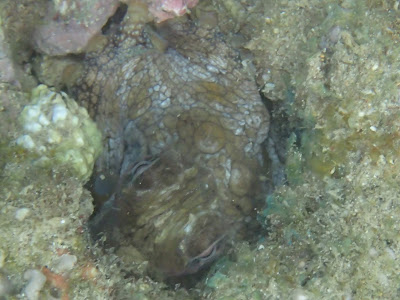 It looks as if it has one toe out, touching the pink rock. (HA. They don't have toes.) 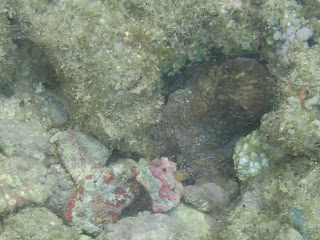 In the following photo, you can also see the two eyes. It is really hard to catch them from the side, so it is usually a view from above. Following is #2 when I first saw it. They do blend in, don't they? 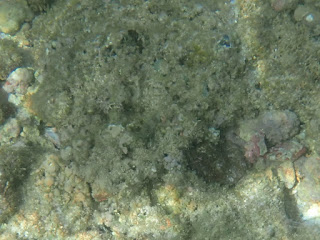 Scorpion fish are kinda butt ugly, aren't they? This one had shown its colorful fins earlier, but I missed at the first try. They can move quickly. 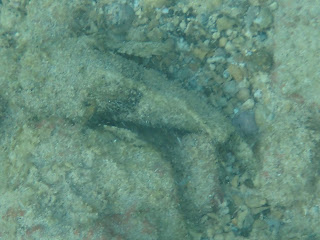 But here are the colors on its side fins and if you look closely toward the right of the photo, you can see the mouth a little open. 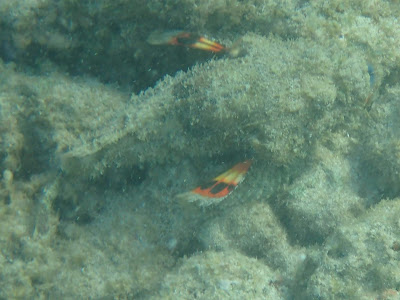 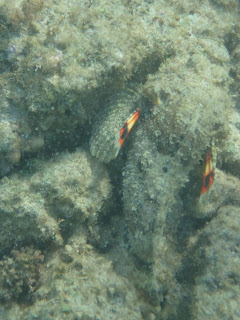 This is actually 2 different scorpion fish, which is rather unusual. Glad I spotted them. 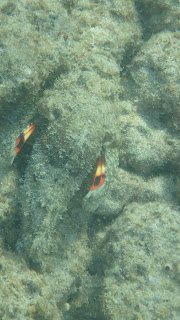 There were 3 bigger needlefish awaiting cleaning at the station. 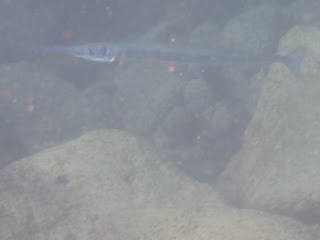 And a big Peacock Grouper. 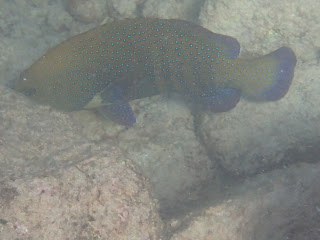 I like the light on this Blue Spined Unicorn fish 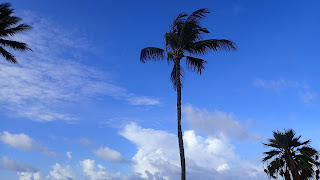 More pretty clouds. It's hard to get a good photo, because I pop up while I'm in the water and there are often water drops on the lens. 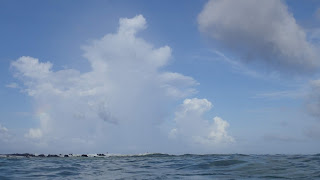 A Cone shell. It could be a Textile Cone, but please don't quote me. There are many varieties and I didn't pick it up, so I didn't get a close exam. (They have venomous puncture abilities, which can be painful.) 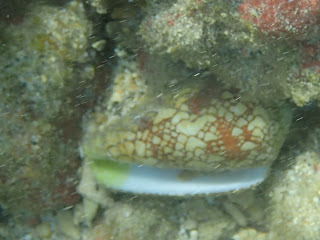 A surprise Honu when I first got in. This was on the deep side, so the water was even more messed up because of waves. 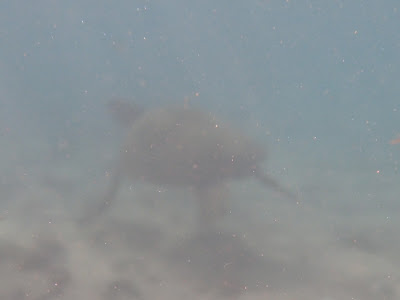 Cleaning station with Manini and Needlefish. The cleaner wrasse itself is on the far right. 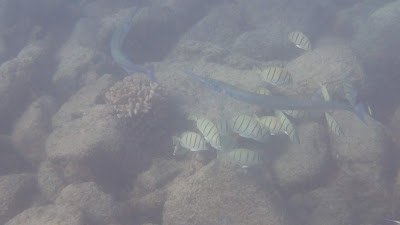 An operculum I found which was stuck in its original shell. 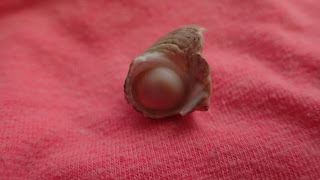 My sweet hubby found these operculum at a work site. 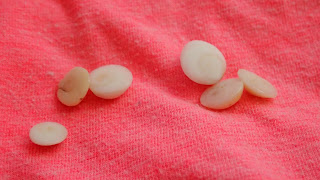 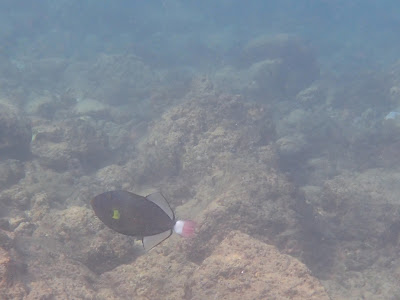 This is what the entire Turban shell looks like. I rarely see these whole shells and if I do, they often have a crab in them. I try not to kill stuff. 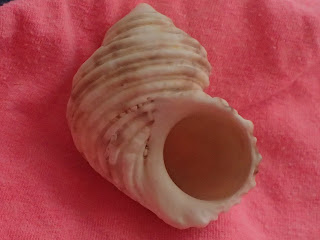 Because of the waves and a young boy who was boogy boarding, I wasn't able to spot the Frogfish today. I wondered if the larger surf might have moved it. I'll let you know when I do.