A great but frogfishless swim

I saw 3 octopuses, so not being able to get out to see if the frogfish was still there (because of big waves) wasn't too big a sadness. In addition to octopuses, I did also find a nudibranch, so that was a good surprise.
The back half (with the lungs): 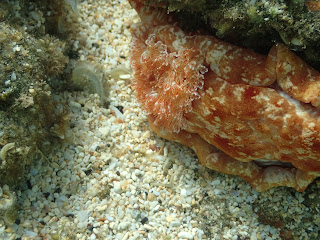 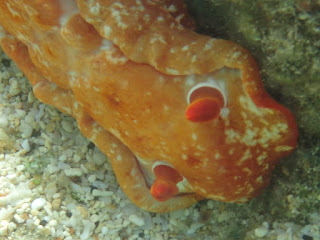 And the whole thing. 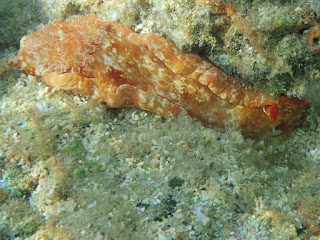 Not only are they pretty, but they stay fairly still so it's easy to catch a few pix. 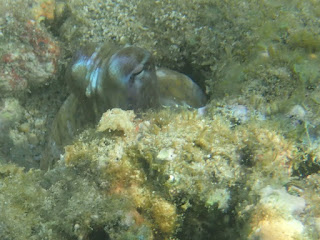 Unlike the octopus! This one was peeking at me. 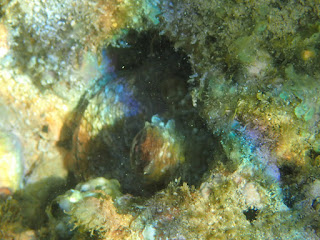 And hiding, but the rainbow still found it. 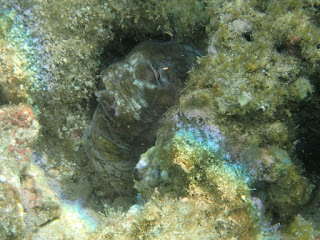 I saw he'e #3 from afar off. Unfortunately, it was in a cloudy part of the water. 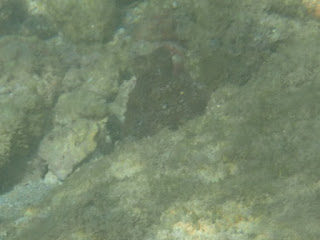 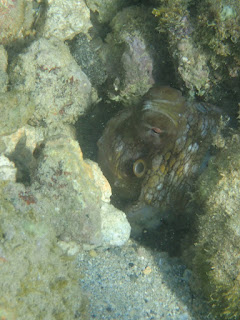 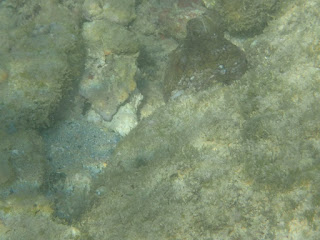 This is #3 closer: note the siphon and also the gray sand. I think it was blowing sand out of its den. 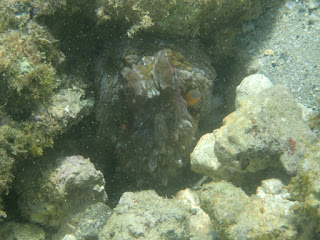 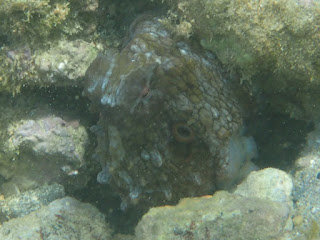 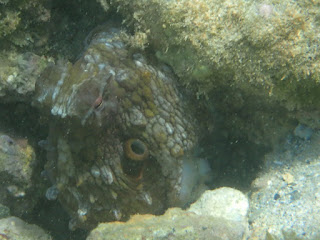 Note the siphon and the suckers. Oh and the eye. 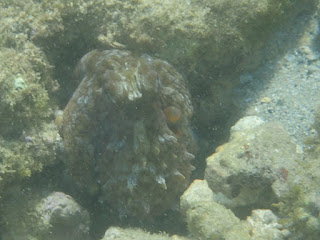 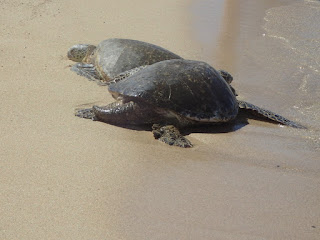 Two turtles having a confab. 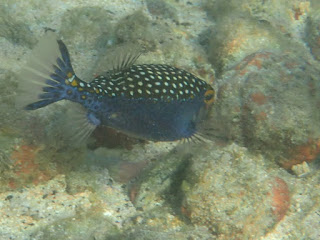 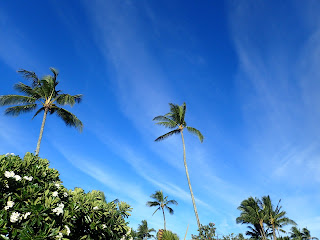 Clouds, palms and plumeria. (When will we get smello-photos?!) 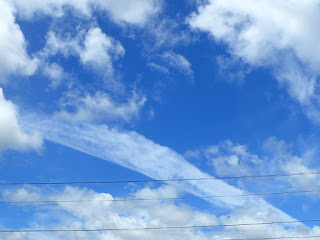 Ignore the phone lines. But isn't that a neat long cloud? 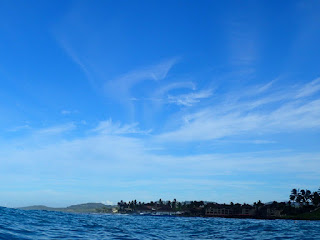 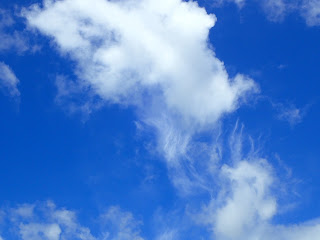 Some poor fisherman is missing this gnarly 3 pronged fishing lure. Gotta say, the hooks tried to grab me even though I was just picking it up. The black part in back is the weight. And yes, it's going in the trash. 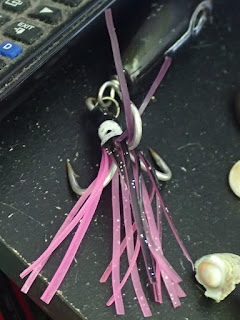 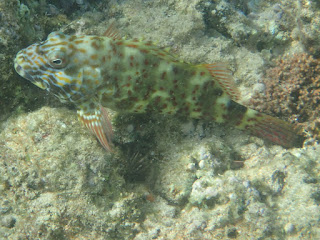 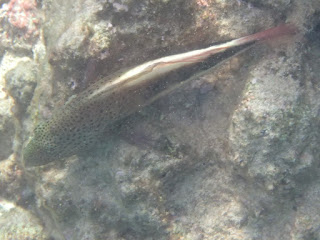 I almost felt back on Oahu! I used to see this Peppered Moray type there sometimes. 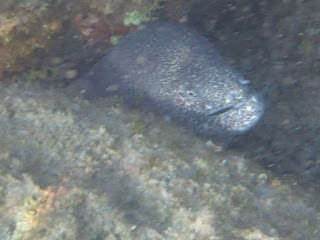 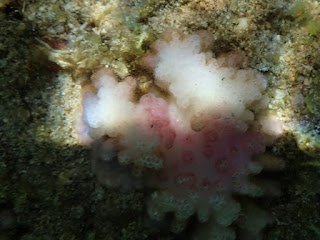 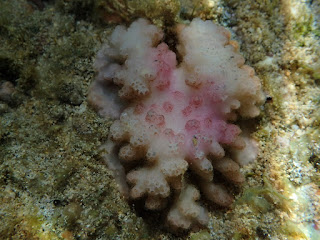 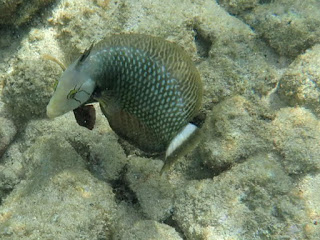 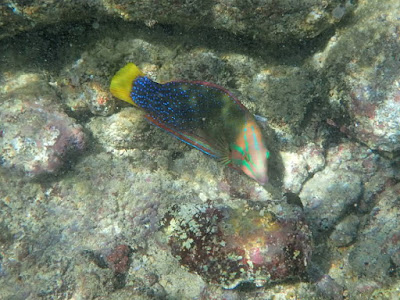 Very nice swim today. I decided to make the life affirming choice and not swim out too far to see the frogfish. Not for lack of trying! Wiser head prevailed. Doesn't always happen, so I'm enjoying it while I'm being wise.
Posted by octopigirl7 at 4:26 PM