why was i surprised?

When I swim after church, I am always surprised to see fewer octopuses, but I'm not sure why I am surprised! After church means that I start much later and the people walking around on the bottom have lots of time to stir up the water. Never a good thing. But I still enjoyed seeing the one octopus: 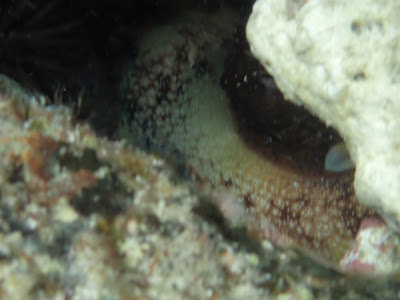 This octopus was hiding in its den. The rocks around the hole were a giveaway. I wondered if perhaps it was a female starting on eggs....wish I could get a photo of that!

So just one octopus. It's all good though! I also saw the Spotfin Scorpion fish: 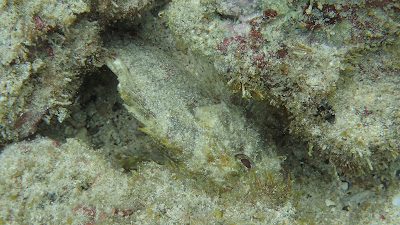 These are very reclusive animals, so it's neat to find one, even if between a couple of rocks. 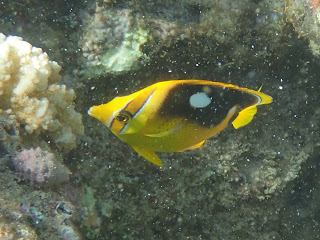 Four spot butterfly. I had forgotten they have a rather pointy nose. Note the drupe shell (covered in lavender something) on the left, below the coral. 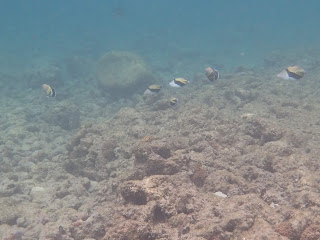 A group of Humu....6 of various sizes are in this photo. There was another tinier one, but it has its own photo further along in the post, as it had left the group. 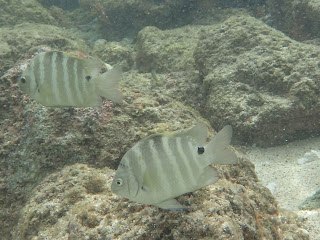 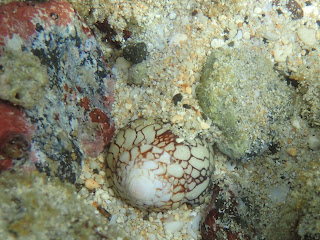 This Cone shell was pretty stuck in the bottom, so I think it may have been an intact, live shell. 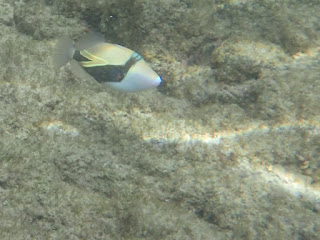 Here's the little humu... and the female Christmas wrasse below. 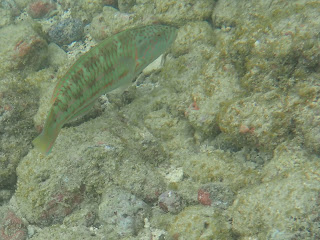 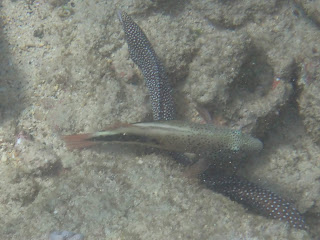 It was unusual for a Hawk Fish to pay much attention to a Moray eel, but there ya go. It's often surprising down under. In Poipu. 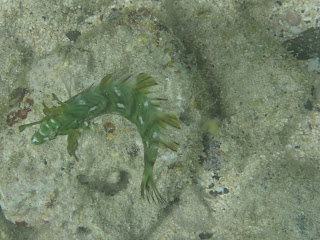 Juvenile Rock Mover wrasse. This one flitted about and in and under a nearby rock. It really does look like seaweed.... 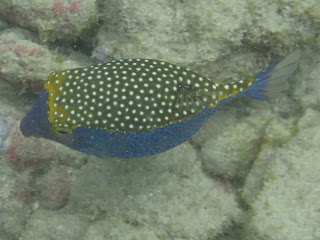 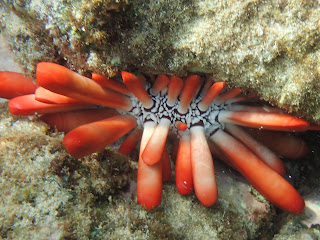 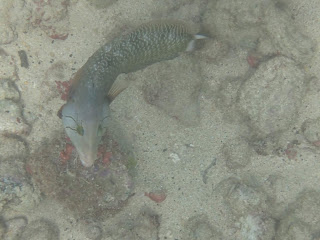 This adult Rock Mover had just picked up the rock on the bottom just under its jaw in this photo. They are strong-mouthed animals! 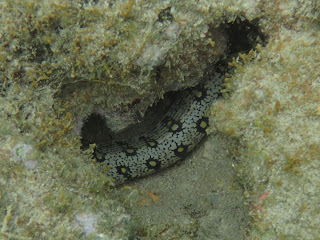 This bad, bad snowflake moray eel was sighted in the former den of one of my regular octopuses. Did I mention it's a bad, bad eel?! I hope the octopus wasn't home when the eel arrived. In the photo below, the eel seems to be saying "What'd I do?!"

Always good to get in the water, even on crowded days.