Got in the water a bit later today and perhaps that was a good thing, as I saw a bunch of octopuses (all small very cute ones) and two spotfin scorpion fish. Also, two Lizard fishes, one small and one big. Gotta keep the hubby happy. 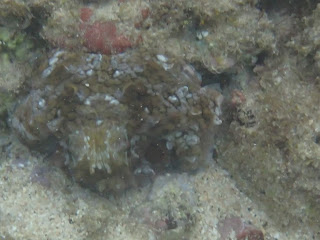 To the left and below, He'e 1. It didn't seem too bothered by my presence. This was the only octopus I spotted in the deeper part of the pond. 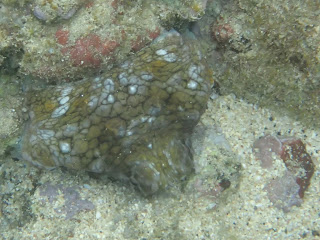 This was an unexpected one...look at the grey rock at the bottom and follow that little channel up...the octopus is just to the left of the green plant material. And this one was shy...shrank back into the den very quickly. 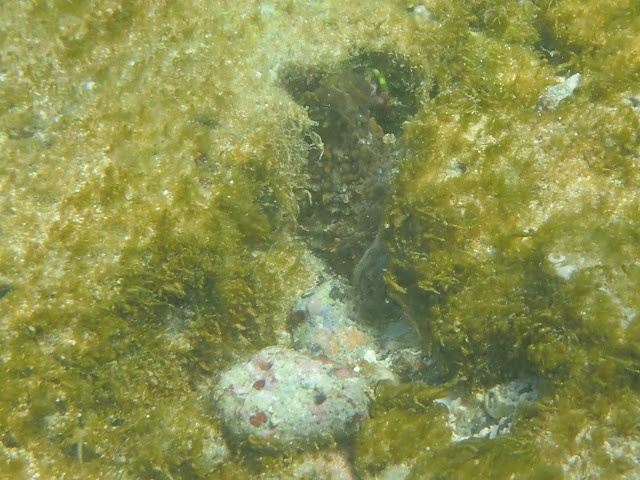 Believe it or not, there is an octopus inside the hole to the right of the lavender stone. It did shrink back immediately. He'e 3 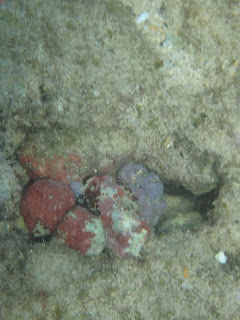 He'e 4 below...just under the kind of triangular rock. 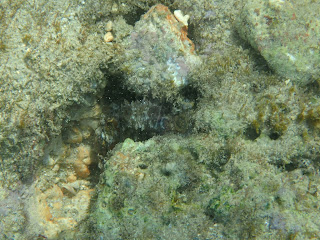 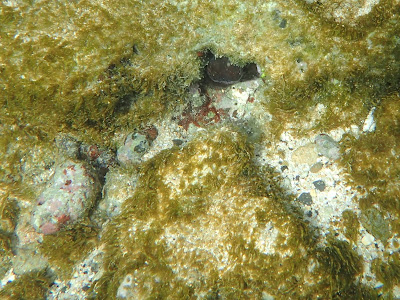 He'e 5 was in a "regular" den and knows to retract when something big swims over its den. The brown part is the octopus before it totally hid. 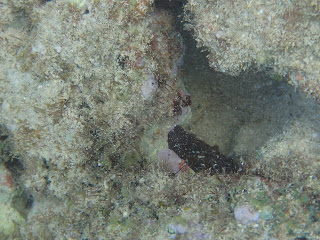 Turned out there were 2 Spotfin Scorpion Fish. I must find out if the male is "prettier" than the female, as is sometimes the case. The first one I saw is in the upper right of the photo. The more grey one at the lower left. 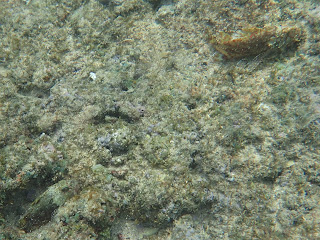 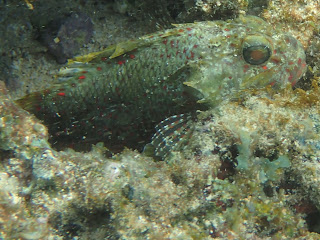 #1. I was surprised that it was fully out at first. They are ambush predators and usually more hidden. 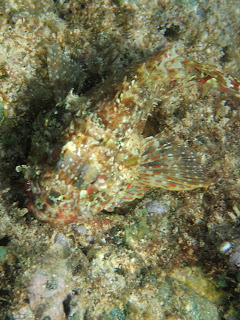 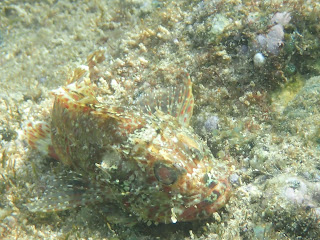 A face only a mother could love. But it was nice to see it fully out and able to be photographed easily. You can see how they get their Spotfin name. 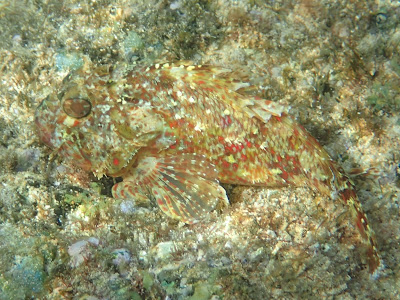 I did wonder if they were a mated pair; and no idea whether they might be monogamous. I usually see just one at a time, so this was a nice treat. 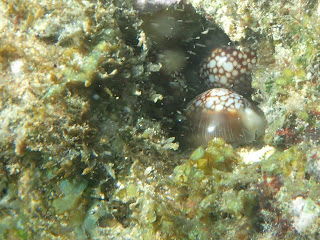 Three cowry shells hiding in a hole in the coral. 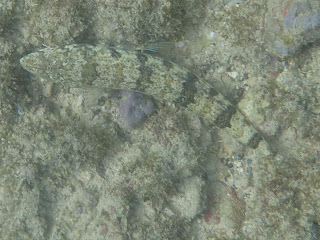 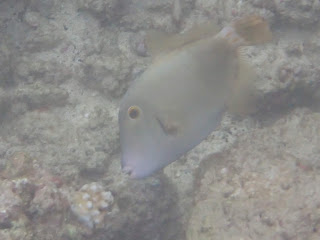 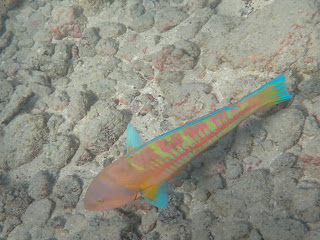 Another Cowry, this one on its own. 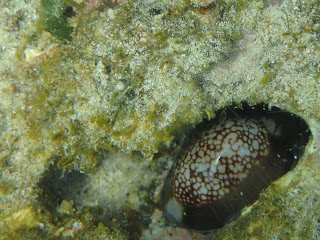 Needlefish for once down low enough in the water to get their picture taken. 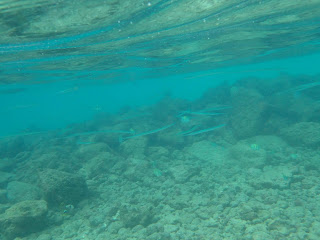 Pencil Urchins in the usual spot. 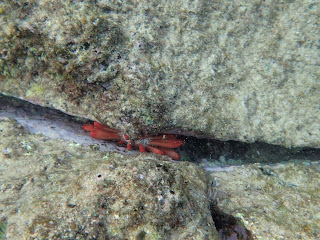 I can't tell if this seal was pregnant or just a better predator than some others. 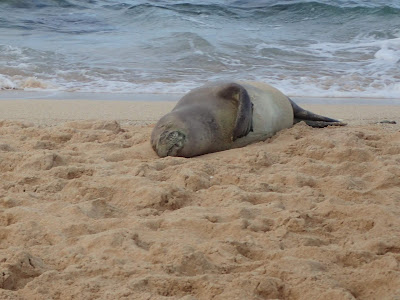 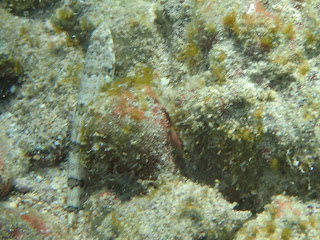 I would have had to bop this Trevally if it were following me this closely! Like actually leaning on the poor goat fish! 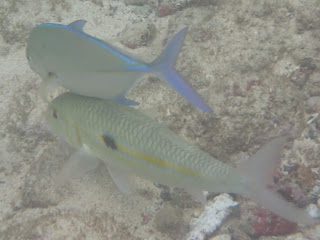 A really nice swim, loaded with octopuses and other interesting examples of God's creativity. I am truly thankful, too, that some of the waves are starting to calm down...for that reason, looking forward to winter!
Posted by octopigirl7 at 5:21 PM