Two drupes walk into a pond... 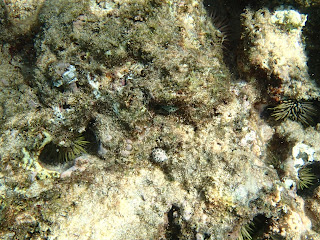 Remember the old jokes that start off with Two __ walk into a bar? Well, in this case, two drupe shells were found near each other on a coral head....in a pond. Yeah, when you write posts, sometimes you gotta reach for a title. 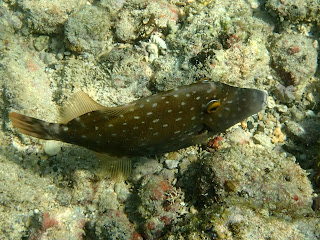 This file fish has the same shape as the Barred, but I'm thinking it might be another type...because of those crazy cute polka dots! 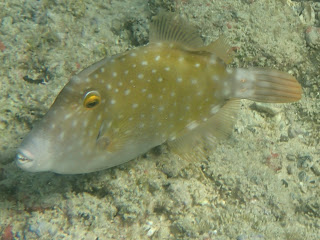 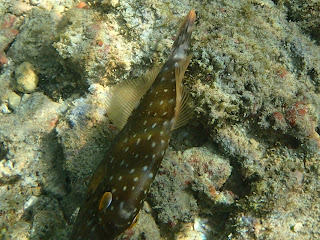 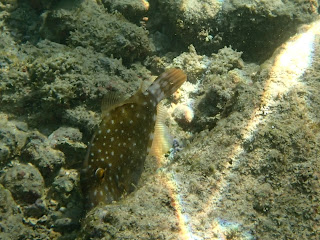 And finally, for my sweetie, a flounder. 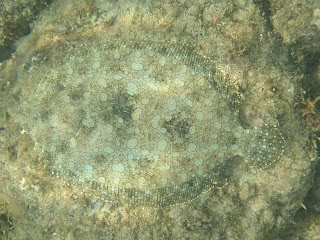 This was a small one who posed very nicely for my camera.. 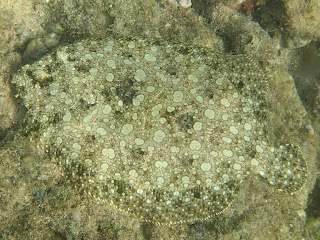 Love the humu. All those colors. 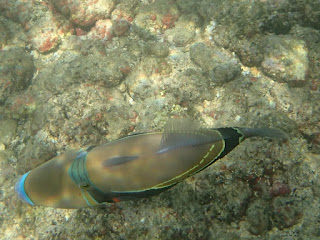 This photo is actually upside down, as I was when I took it. I tell ya: swimming is almost like ballet sometimes. 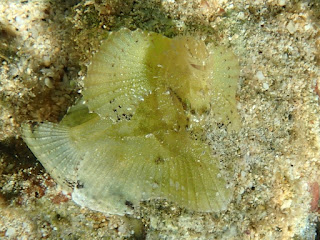 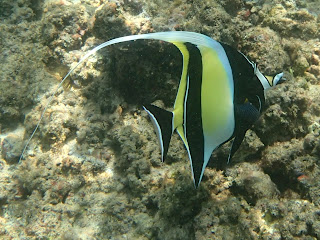 Pencil urchin. When the pencils fall off, they turn white in the water. 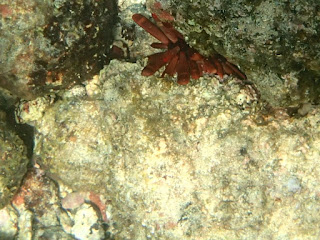 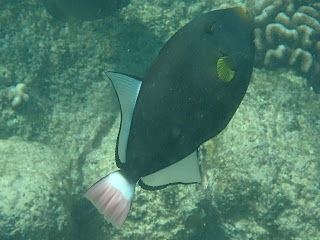 You are, by now, familiar with the Rock Mover Wrasse's clown face. One tough fish! 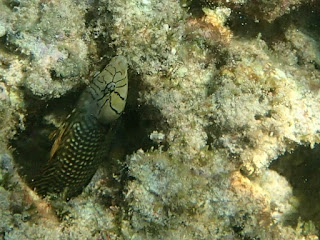 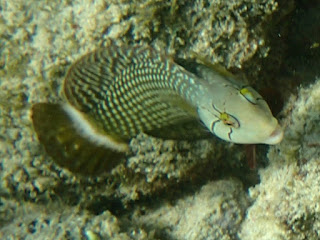 This was a small Snowflake Moray. I am working on my swim skills: when a young lady swimming past me told her friends she had just stepped on an eel, I didn't verbally blast her. Wanted to, though. 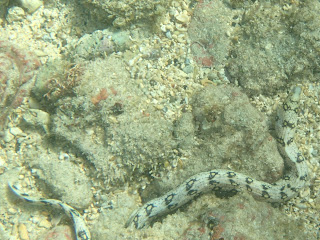 The now "regular" octopus that lives in the top of a coral head. 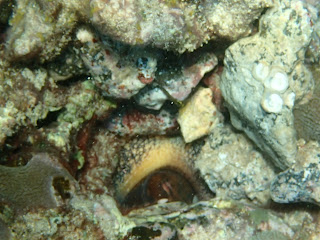 And another one (of 5 total) that I saw. This one is hiding in its den. You can just see it: the brown near the bottom of the photo. 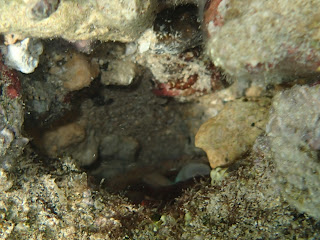 This is another octopus that I also saw yesterday. I was surprised that it was under the same rock, near a stand of coral. That isn't an obvious den, hence my surprise. So perhaps the octopus thought that was a good enough hiding place. Eye on the left of the brown body. 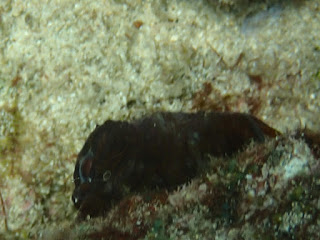 Another octopus. You can see the stuff in the water..and also the eye. 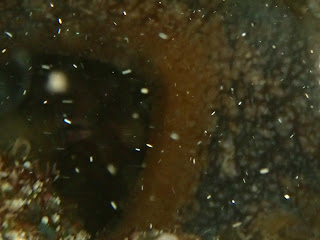 This is the 4th octopus, which was resting after doing some hunting. Luckily, I caught it with my camera...look at octopigirl7 on youtube. 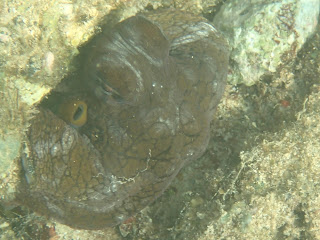 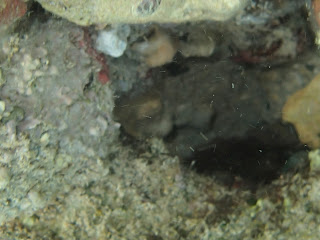 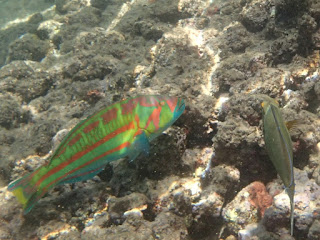 Five octopuses in just over 1.5 hours. I was quite content with that. All that and a flounder, too!