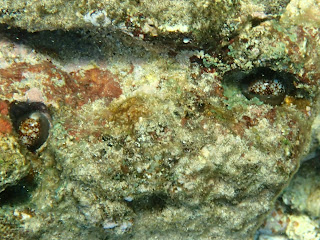 Two cowries, hiding inside holes in the rock. 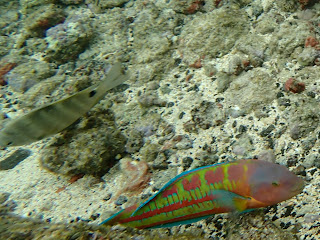 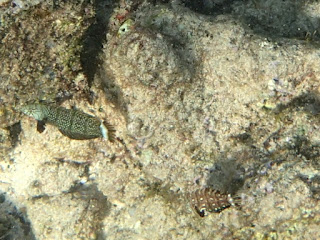 Two Rock Mover Wrasses, one probably older (because larger) than the other. Not sure why diff colors. 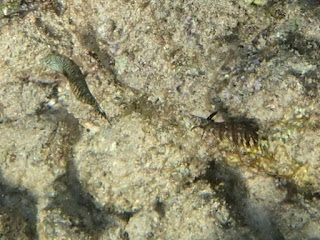 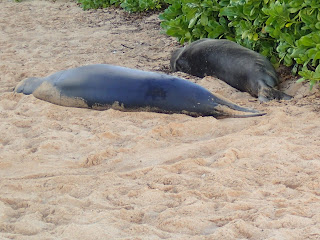 Two seals. And just when I've got a theme going... 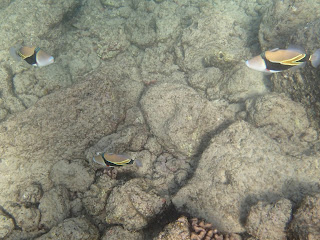 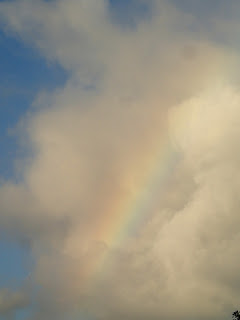 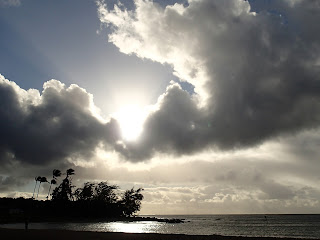 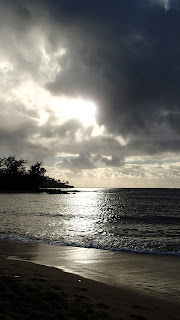 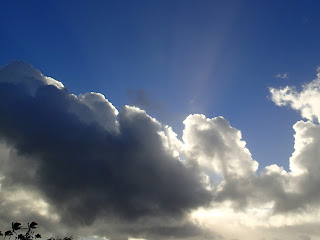 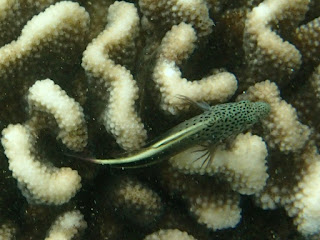 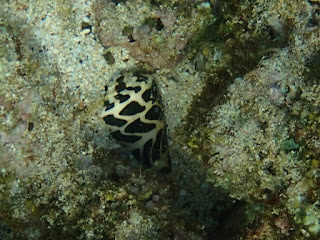 When I first looked at this photo at home, couldn't figure out what it was! It was taken looking up into the air..lines of clouds, then lines of storm clouds.. 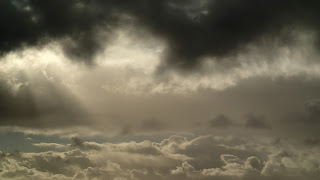 An octopus..this one was hiding really well and this is the best photo I could get! 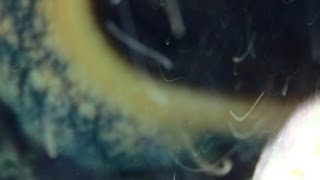 My first octopus of the day, hiding on top of a coral head. That's it with the white and brown going on. And if you say, there's lots of white and brown, that's probably the point of the animal hiding there. 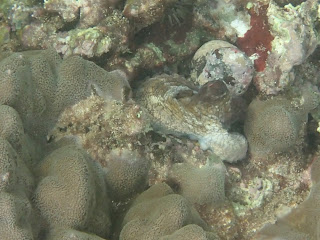 Yes, this was octopus 2. Hiding even better. 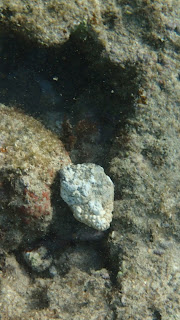 Octopus 4. Down in a hold at the bottom of a coral head. 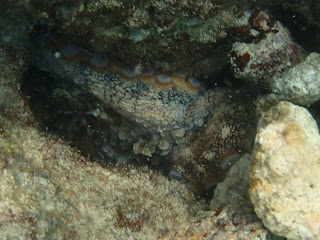 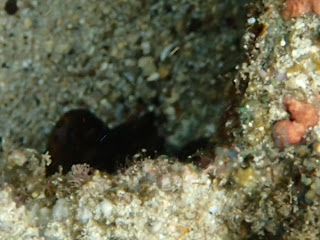 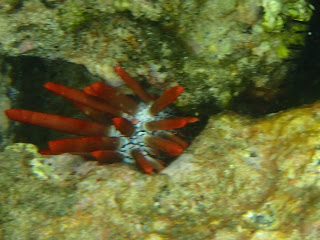 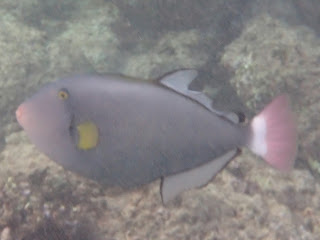 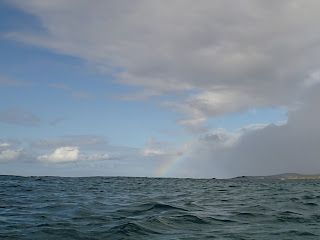 I have seen these wrasses zillions of times, but until today, never noticed the pretty lavender on the tail. 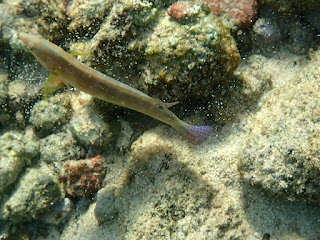 Five octopuses is a good day. I am glad for the nice swim.