Yes, for those who are not in the know, today is the Marine Corps' 242nd birthday! Started in 1775, on November 10. So when you're thanking the Veterans, thank the Marines too! OOOOOH-RAH!!!

Perhaps in honor of the birthday, I saw 5 octopuses today. (Hey, we don't know that they wouldn't know what day it is...they are very bright!) Two in the deeper part, two in the Kiddie Pond and one in-between. Yes, the one that made its den in the middle of the rocks between the deep and the shallower pond was still there.  And s/he ducked down when I appeared. I think it was quite surprised to see me. I'll bet, especially when the waves are pounding and conflicting with each other in that area, not many people hang out to get their tails whipped, as mine was. Didn't stop me, though. 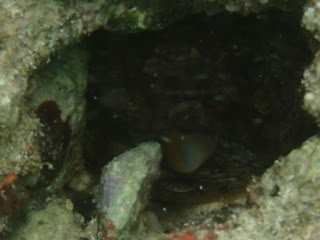 You can just see the white of the siphon. And truth to tell, I'm not sure which octopus this was....but I enjoyed them all the same. 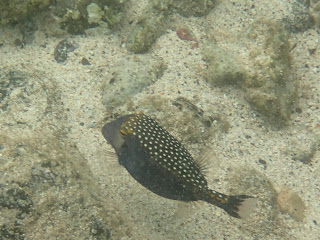 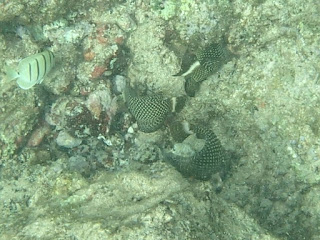 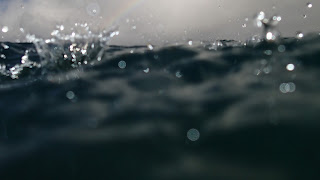 Rain on the water. 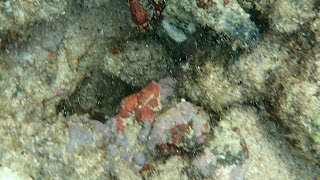 I think the one above and below was from the in-between rocky area...didn't catch a lot of the octopus..but you can see how well dug in it was.. 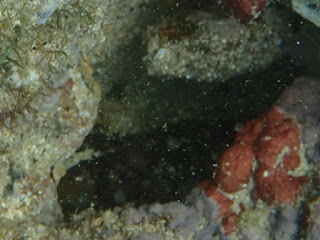 Surfer and rainbow. You can see the surfer on the left. 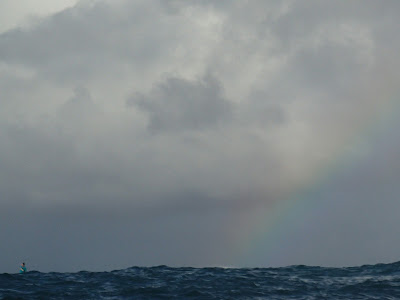 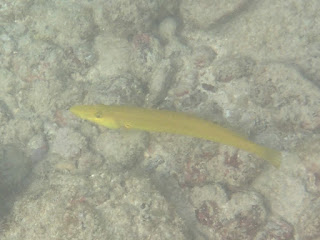 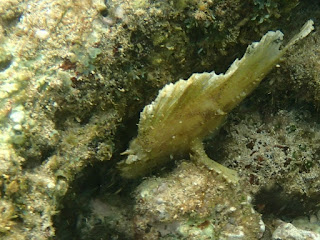 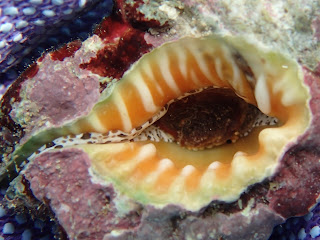 If you look carefully, you can see the animal oozing out... The white and brown speckled bit...This is a Triton shell, so I can only assume the animal is that color when out of the shell. You can also see the operculum, which in this case is a hard, brownish bit. Has the same purpose (keeping out predators), but in my mind, the white ones I usually spot seem better: they are really hard like a rock and you can snap the lid on quickly. 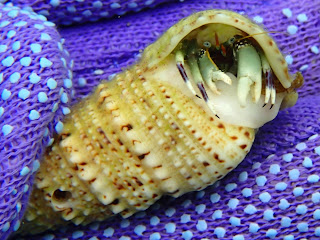 The shell was empty of its normal occupant, but not empty of crab. Note the hole near the bottom on the photo to the left.  That tells me perhaps an octopus ate the original animal. But I wasn't there and wouldn't want to falsely accuse anyone! 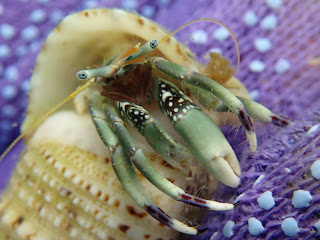 Eye stalks, antenna, and several legs...in the one below, you can see the feeder legs below the eye stalks which my Marine tells me will help funnel food into its mouth. 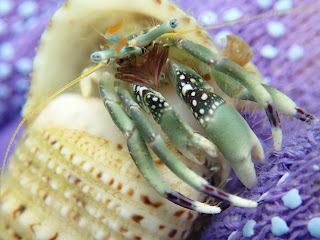 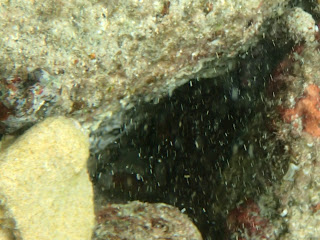 Nice Cone shell. Buried in the sand. It's tempting to pick them up, as they are an easy "catch", but don't! They have poisonous venom. 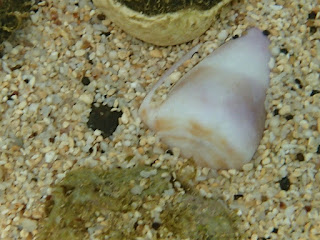 Below is the rainbow I was hoping for. I got the addition of the Mom and the kid on the surfboard. With the waves the way they were, I wouldn't have done that! But then, I don't have kids and I don't surf and I'm just generally cautious about the water. Well, other than the fact that I swim alone usually. It's my favorite way, because I don't have to watch out for anyone in my path. 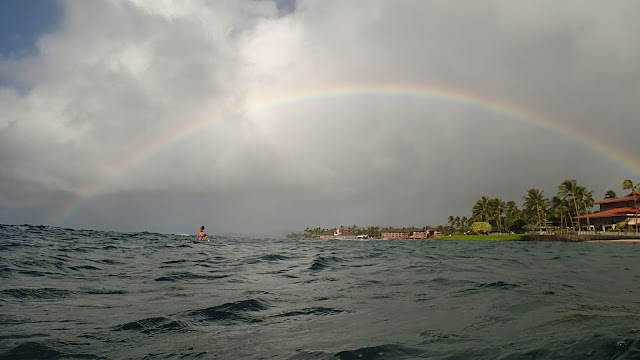 Storm out at sea. 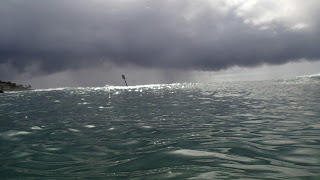 Same area, about 10 minutes later. You could hardly tell it had been raining. 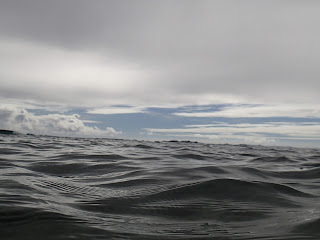 Very nice start to the long weekend. Thanks, God! And thanks also for the safety. And the nice walk after the swim with my Poipu pal. And tonight, Kauai Beer Company to celebrate the Marine Birthday.
Posted by octopigirl7 at 5:06 PM