The frog fish will have to wait

Felt a touch of the vertigo again today, but being a stubborn person, I decided to chance it and see how I was in the water. I wasn't dizzy, but a bit queasy.

So once I got to the water, I was really unhappy to not be at my full strength, as the seal was sleeping on the beach and the waves were mostly flat. Which in a normal healthy world would mean I am in on the deep side! Dang! But I kept at least a part of my sanity and decided to swim in the shallow side, to see how I did. 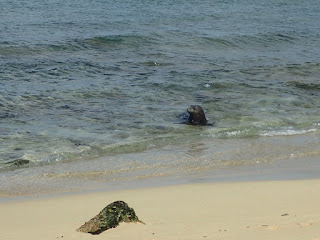 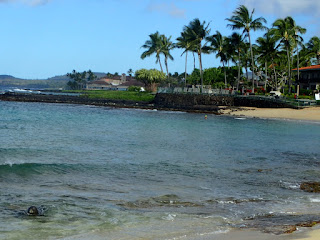 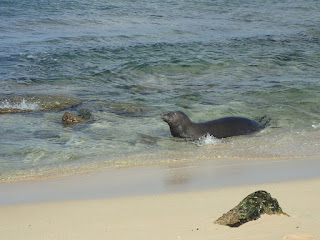 I was talking to a nice couple from Idaho, so I missed the actual shots of sleeping seal, but got some of it in the water. It was deciding, I think, whether to come up and sleep again or get away from the people.

But thank God, I was able to spot my "regular" octopus, so my short swim (about an hour) was rewarded. But I did feel a bit of the queasy, so I got out immediately after spotting the octopus.

And since I didn't go into the deep side, I don't know if the frog fish was still there....here's hoping this queasiness goes away and I can check next time I swim.

The octopus was awaiting my visit. Thankful for that. I don't like being "skunked" and not seeing any, so it was a treat to see one, even though I was only looking for a short time.

Isn't it nice that the octopus places these rocks around its den? 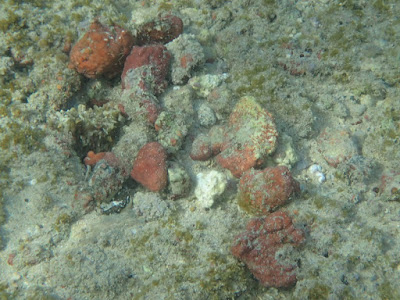 I could tell it spotted me, as it turned that dark color...but I can spot both its eyes, which is unusual, so that's why I'm including it in the post. 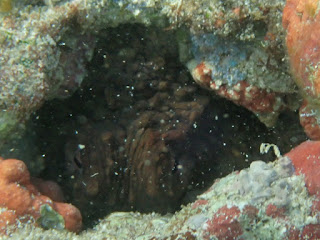 And this shows why I usually see only one eye: I see them from the side. I'm not sure what the dark yellowish thing is to the right of the octopus' body. Could be part of the octopus or a shell. And here's one eye again and the siphon. 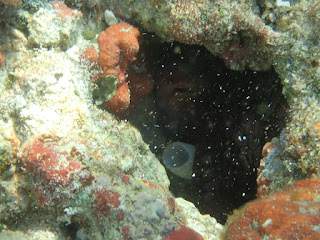 Thanks to God for showing me these amazing creatures! 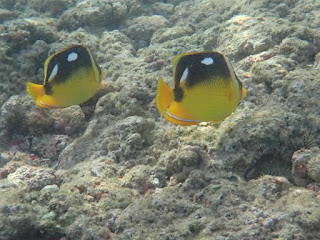 Above two 4-spot butterfly fish. Whenever I see one, I immediately turn to see where the other one is. They usually travel in pairs, so it's a habit to complete the set. And below, the female Box or Trunk fish. 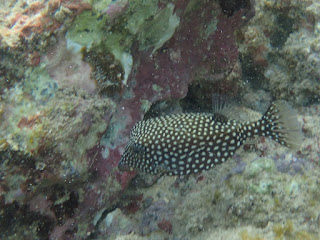 You'll notice the trevally right away, but look under the rock to the left to see the eel with its mouth open. This is what the Trevally swim in circles around over here. On Oahu, it used to be mostly octopuses. 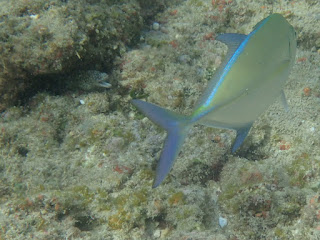 And this Urchin had a lot of stuff on its back. It is interesting to see what all they pick up for this protective purpose. 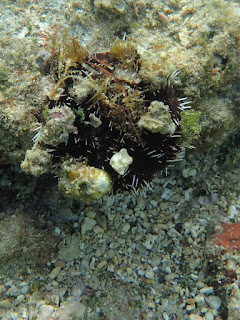 And I give you the example of several things NOT to do: 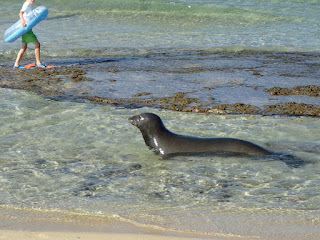 And here's why:
1. If you walk on the reef, you run the risk not only of falling down and/or stepping on something hazardous (like urchins or scorpion fish), but also you can stir up sand in the water, to the detriment of the visibility.
2. If you walk with fins on, you will probably fall down. Bad idea when the reef and rocks are sharp and hard to maneuver around.
3. I have heard differing distances of the legal requirements to stay away from a seal, but please keep in mind that the seal is an endangered and Federally protected animal. Not to mention a WILD animal. One never knows what they will do. And the sad part is that if one bites you, the authorities will probably move the seal. The real villain, YOU, may get a fine. So really, why chance it?
4. There is a rip current at this beach in Poipu on Kauai. It'll sometimes be so strong that not only can you not leave the water the same way you came in, but it can take you down the beach to the hotel where you probably aren't staying! I did make the parents aware of this possible issue. So here's hoping they stay safe and in close touch with their kids.

That's it for today's post. Look again, please, in the next few days for a hopeful frog fish update!