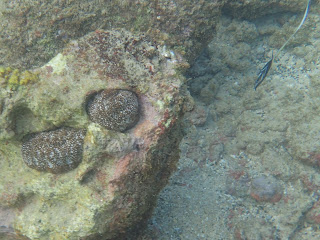 I don't think I've ever seen two cucumbers in holes close together before. Kinda like dark rye bread. (Maybe because I'm a bakestress.)

Two octopuses. Neither wanted to strut their stuff. But still, they count. 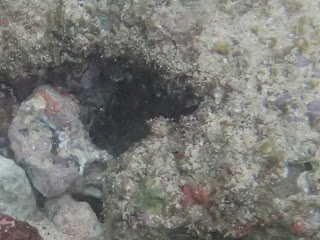 This is the octopus I see quite often. Apparently, it has caught on to not being bothered, by staying in its den. Drat. 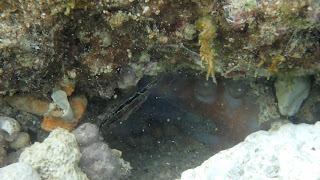 This one definitely stayed inside also, but it was possible to see its suckers, even though it hid. Also, note the shell to the upper left in the den. Not sure what kind it is, but surprising to be so close to an octopus! 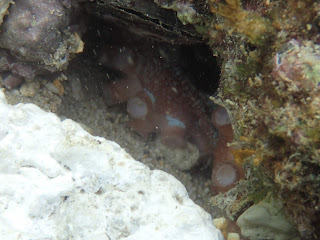 I also wondered if the octopus had been attacked..note the white parts near the suckers. 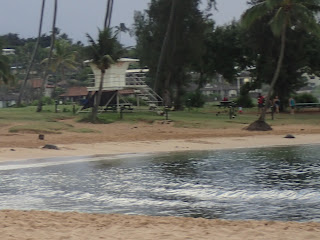 Two turtles snoozing on the beach. 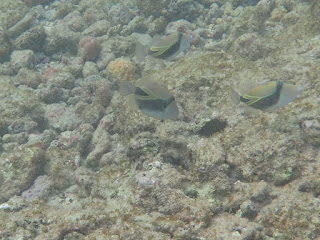 And 3 Humu. The small kind. 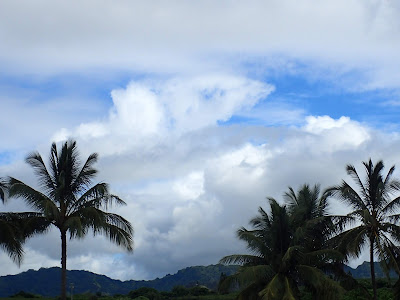 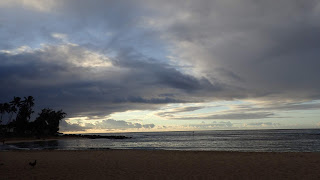 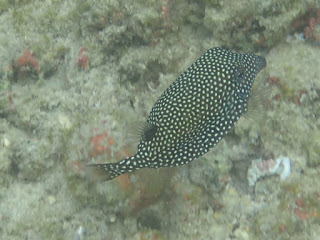 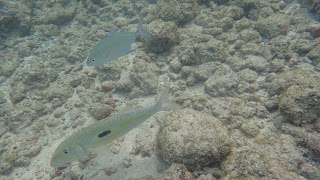 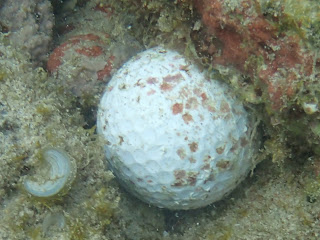 Someone not only lost their golf ball, but it had a screw in it, so I think someone might have been using it for a fishing weight.


Mystery photo. Don't know when I took that, but it was probably an accident. 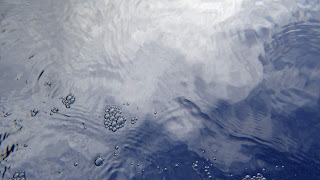 Needlefish. Water was churned up by the waves. 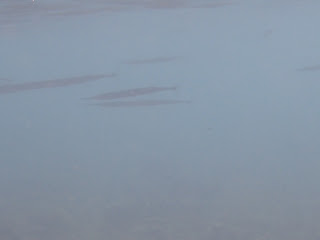 A pinktail durgon rather closer in than I usually expect. In the deeper side. A small humu and a smaller one! (lower right) 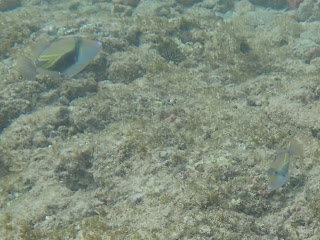 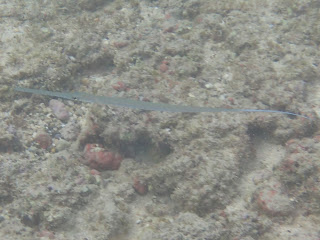 This nice cloudy sky also shows the waves on the left, crashing against the rocks. 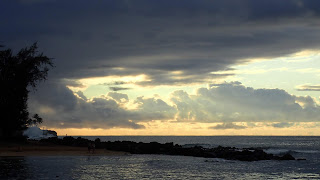 A super tiny Box fish. You just have to say AWWWWW. 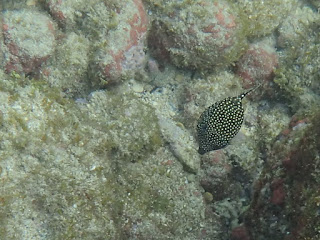 People too close to the turtles. I was just about to pop out again to tell them to get away when they walked away on their own.... 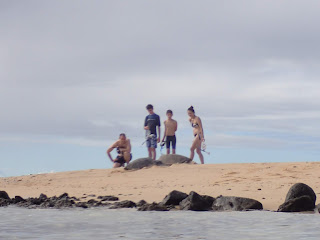 This turtle was lodged under a rock in the deeper side. 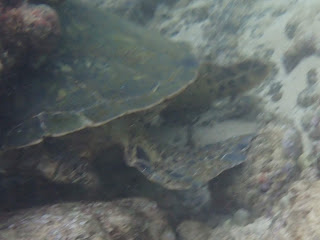 And another one swam by me later. 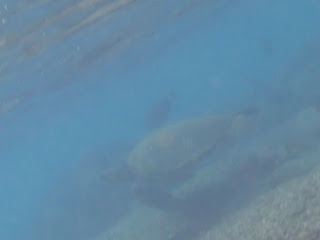 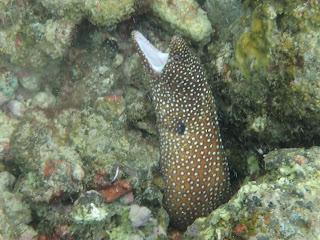 Yellow tail coris. There are so many colors in this fish! The artist just didn't get tired with their palette. 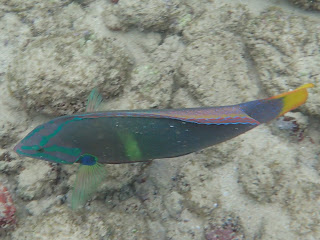 Could have hoped for more light, but still, a nice swim. And a lady from the mainland asked me questions about swimming there, so I was able to deliver a well intentioned narrative about not walking on the bottom. For which she thanked me!