Aloha to all the he'e!

I believe I said goodbye to the octopuses previously, but today I had a break in the moving plans and was able to swim again! YAY! But today is probably the final swim until we unpack on Oahu. I hope those octopuses are ready for me...

I saw 4 of the little darlings today: 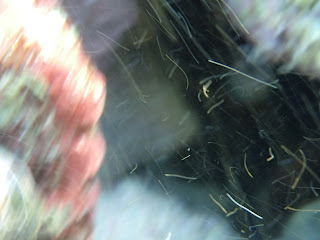 Yes, it really was in there. Before I was ready to snap a photo, I saw it slink down into its den...The lines in the water are bits of sand, moving with the current. 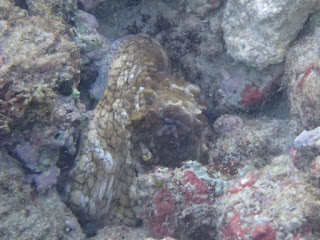 Showing a bit of siphon. 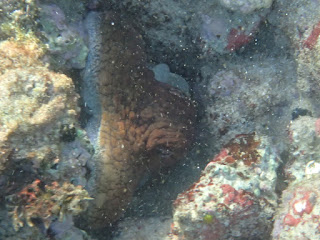 The color changes are so amazingly quick. 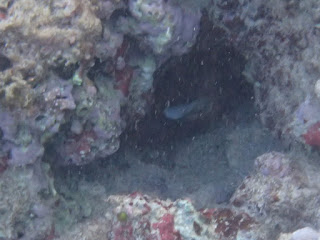 And #3, the smallest and most well hidden. I had to look very carefully to tell what it was. 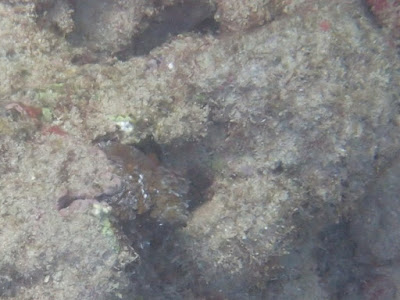 This was in the deeper part, so it was harder to get close. I think the octopus probably liked it that way.


I think this is #4. It is surprising how hard it is to keep track. My personal record in octo-sightings is 24 at Hanauma Bay in one swim. The Ranger said: Are you sure you aren't just seeing the same one over and over again?!!! Oh those of little faith! 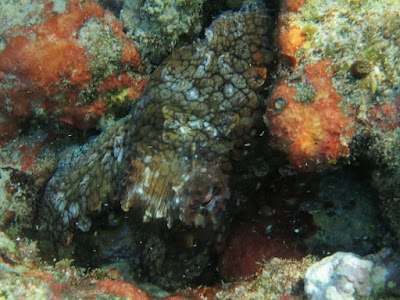 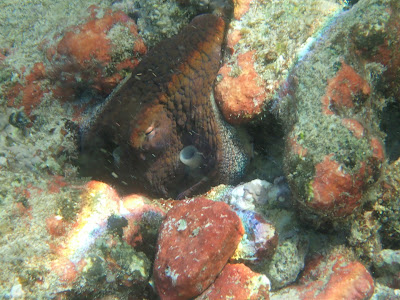 Farewell for a while, you 8 legged astounding creatures! 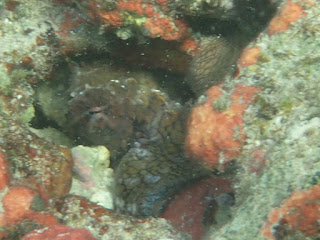 And of course, I had to say goodbye to other of my frequent "pals": 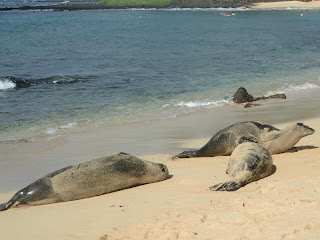 The 3rd seal was looking up. I believe these were all males... 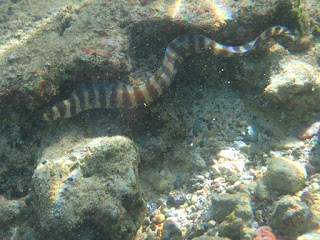 Banded snake eel surprised me! If you like, look up zebra moray, to compare and contrast. 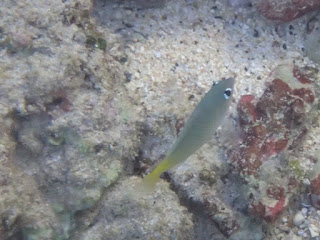 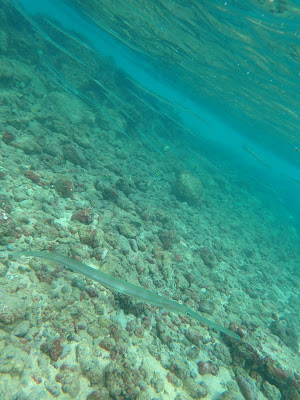 A Cornet and some Needlefish. Interesting how they are so similar, yet different in physical appearance and behavior. 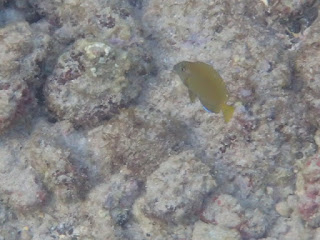 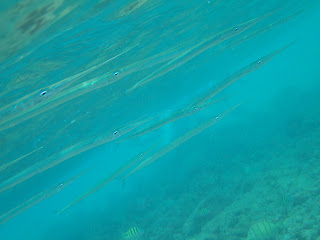 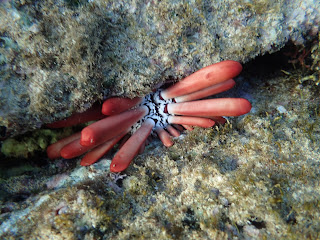 When it's this deep, you can see the pinktail cavorting and trying to avoid my camera activities. 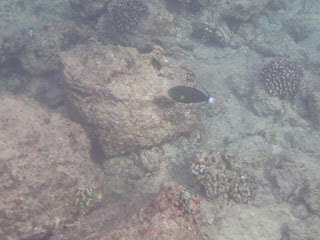 This one kept scratching his belly. I would too, if I were lying in sand. That stuff can be very itchy. 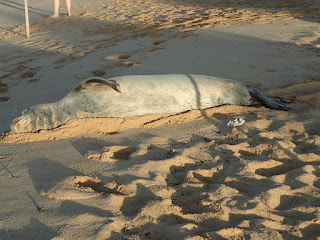 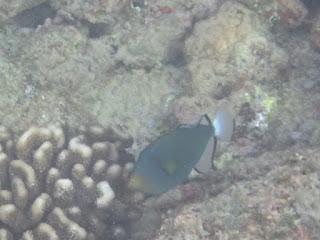 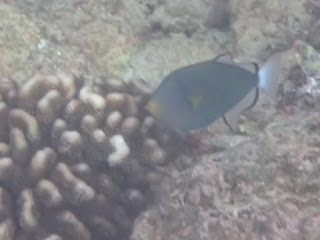 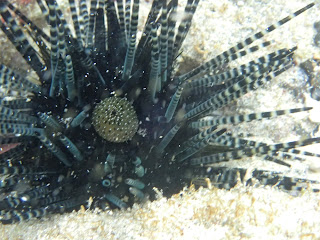 The reason this eel is called the Whitemouth Moray! 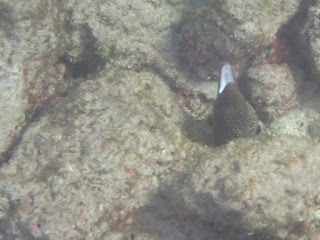 A very enjoyable swim. At least until the Bottom Walkers arrived. Can't give them all a lecture. I did have nice chats with two visitors, one of whom was from Vermont. She noted they were very happy to be here. No doubt!

I must say I am very grateful to God for His marvelous ocean creations. It has  been a good run on Kauai again. I hope and pray to see many more marvelous creatures in our new locale.

OOPS! Almost forgot today's mystery sighting: It's a Cone Shell, covered in sea gunk (a technical term.) But are those eyes? And if so, are they the eyes of the shell?! 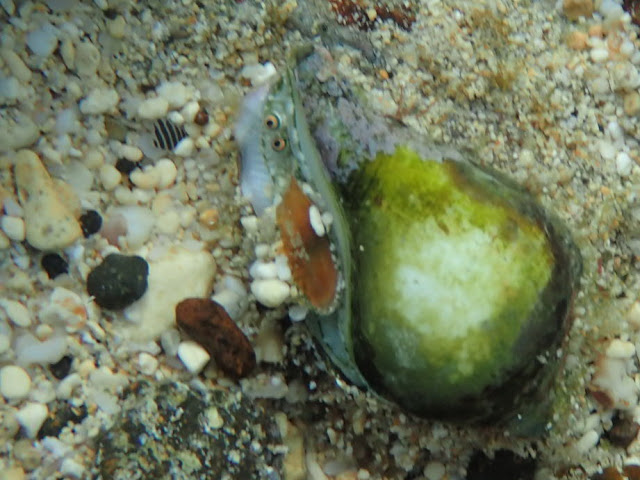 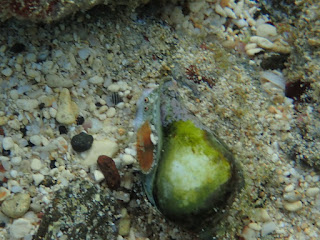 Sometimes, things remain a mystery. That's what makes it interesting.
Posted by octopigirl7 at 5:51 PM