It was worth the drive

I heard there was rain in Poipu this morning, so I debated whether I would go swim. Like I could stay home..

After all, when you snorkel, you're already wet. The only factor is the light through the clouds, which I was surprised to notice was really nice in some spots. And the waves were behaving for the most part, so I was able to visit the deep side, as well as the shallower Keiki Pool. That's where I found the one and only octopus: 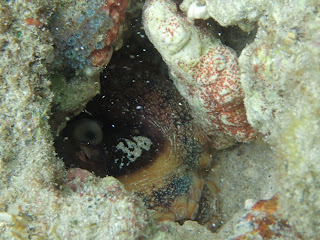 I have seen this little darling before and it held pretty still for my camera. In fact, I wondered if it had seen me! Sometimes if you come from an angle up and beyond, they don't immediately see you. 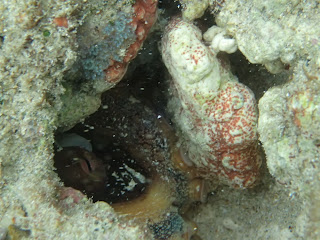 Following is a Cornet fish getting a cleaning from the Hawaiian Cleaner wrasses. What a long body to scour for parasites! 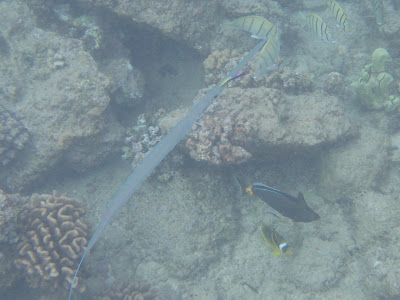 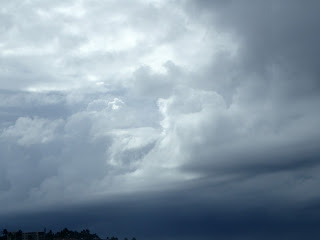 This is the tail of an eel that has appropriated the hole where I once saw an octopus. Hope it escaped! 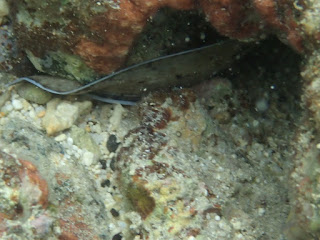 And the animal in this Horn Shell has an animal, but not the original owner. A crab has made it its home and was in the process of scooting slowly across the reef with its home following behind. 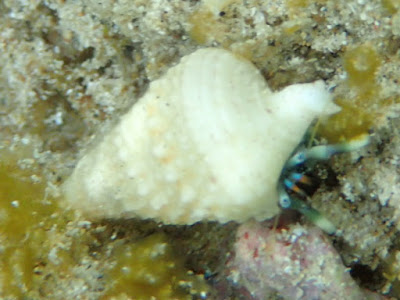 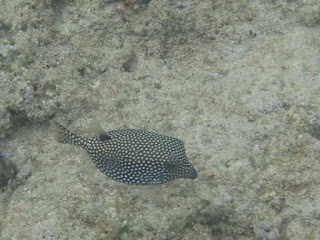 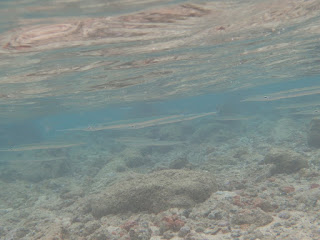 I am hoping the red rock on top of the coral head where I saw an octopus a few days ago is a marker, so the octopus can return. 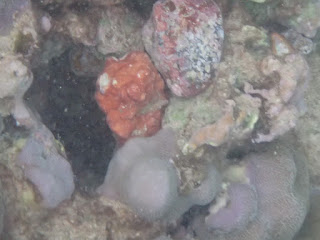 Pencil Urchins. I do love their color, as it stands out so well against the blandness of the reef. 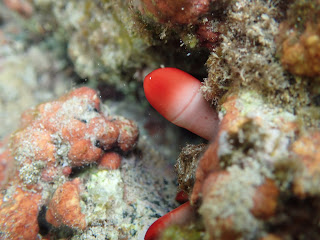 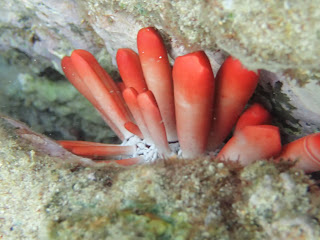 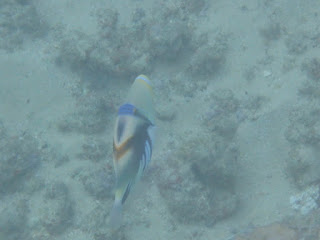 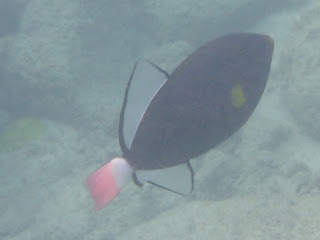 One of two scorpion fishes. You can see one eye and a bit of the orange of the inside of its mouth. 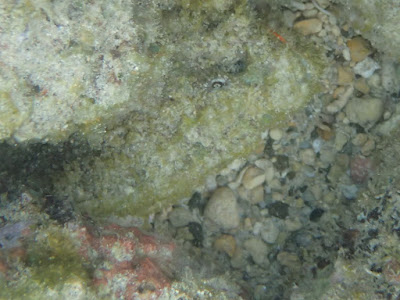 Not far away, another eye and mouth. In this case, the mouth is just below the rock at the top of the photo. 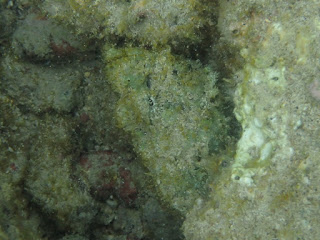 A shell with anemone, I think. 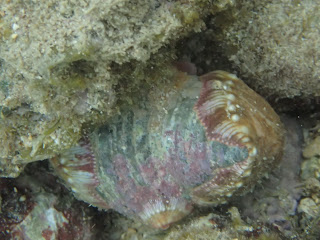 A small Spanish Dancer nudibranch, this time not swimming. 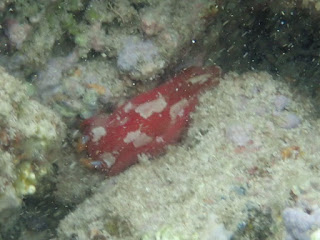 And a lined Trevally. You can barely see the lines which are missing in the Bluefin type. 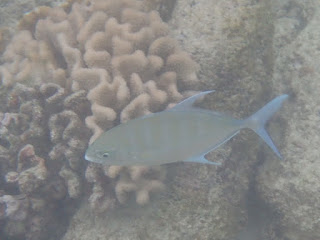 So a nice swim. And unexpectedly nice.