Power out during Super Bowl? We no kea...

Yes, it's true: don't hate me, but we don't care about sports. ESPECIALLY football. Don't be a hater....
So it didn't really matter to us that the power went out at the start of the game...or thereabouts. Power is restored now, but we had a great game of Carcassonne...even if Alex won. Superior intellect, I think.

So I saw 1 maybe two octopuses today. You'll see why there's a maybe in a second: 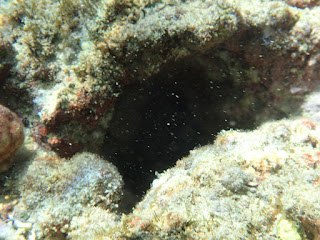 This is the space/den where I saw one the other day. And it looks like a siphon inside the den, on the left. But I was unsure enough that I'm not really counting 2....As long as there is at least one, I'm happy. 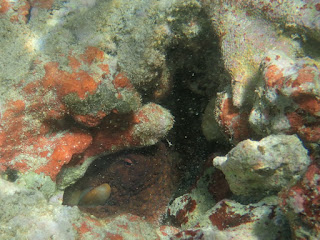 And it was breathing, also a good thing. 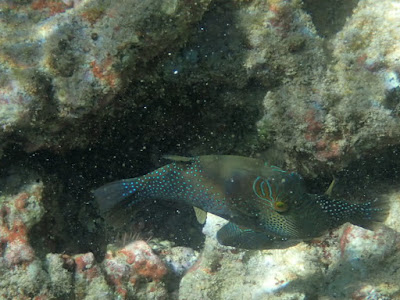 This pair of Ambon puffers caught the light. They have cool green eyes and pretty patterns. 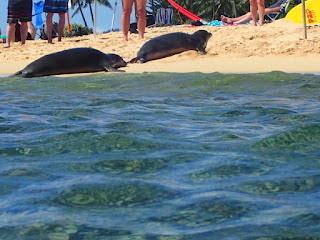 Two seals on the beach. The volunteers call it "hauling out" and they did. The faces on the crowd protect the innocent....If you can i.d. someone by their legs, you are looking too hard! 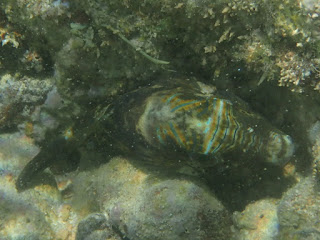 This poor Ambon Puffer hiding under a ledge I think was in trouble. The skin looks dark and it was behaving in a very un-Ambon-like way. I don't know what got it, but I was sad. They are usually so energetic and spunky. 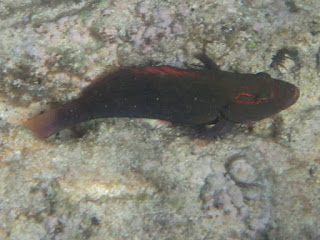 The Hawk Fish was resting. 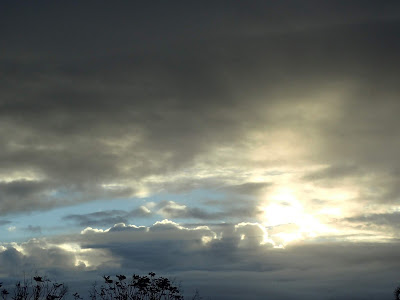 Pretty clouds from yesterday morning. God is so big, isn't He? 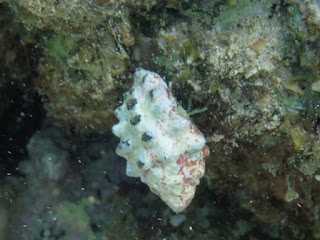 I suspect this drupe shell had a crab inside, but I didn't take it off the ledge, figuring it would be hard to get back in its original locale. 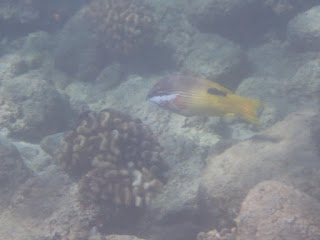 Finally, a semi-decent photo of the Hawaiian Hogfish. Not sure why they're so freaky. 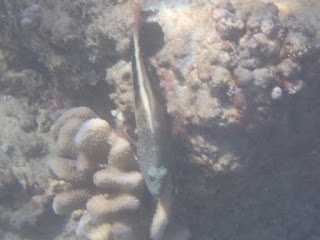 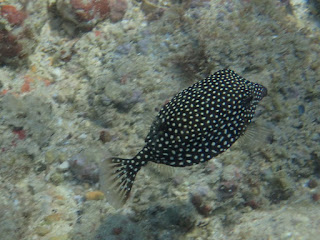 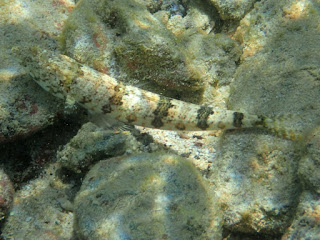 And a Lizard fish. This one didn't move at all. 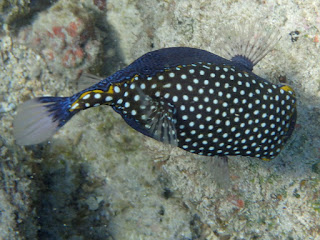 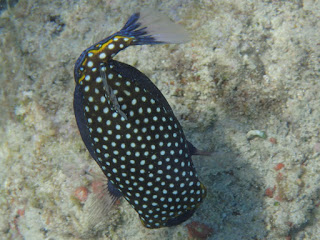 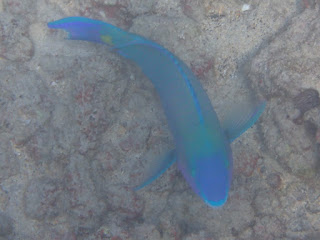 And a closeup of the Snowflake Moray's snowflakes.. 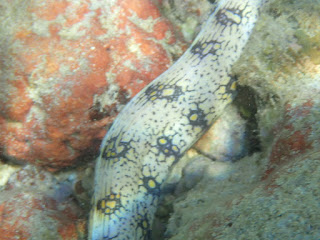 Supermale Christmas Wrasse. This could be the same fish that ate the Moorish Idol recently. There aren't that many around. 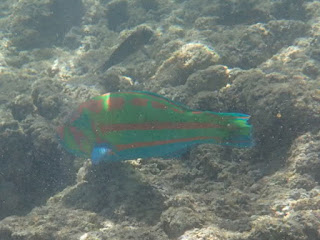 Taking your Snowflake for a walk...ha. The Bluefin Trevally is always interested in eels. Perhaps they scare up food that the Trev can get a bite out of. 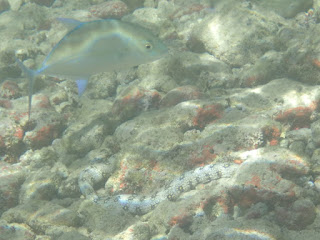 This afternoon's swim did remind me why I don't usually go in the afternoons....too many people. Why weren't they watching the game?!