As you may know, sometimes something other than the item I think I'm photographing shows up in the photo: 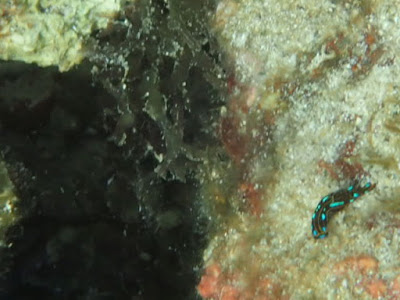 I took the photo because I couldn't see the green stuff very well, thinking there was a possible octopus hiding. BUT NO! There was a tiny nudibranch hiding on the rock next to it. I have never seen this type in my snorkeling adventures. Had I seen it, you can bet that I would have taken a bazillion photos of it. Drat. But at least I got a small shot. 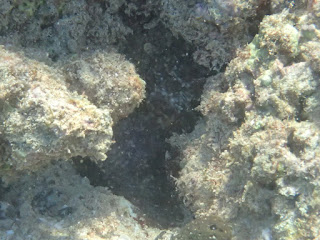 This one knew the drill and hid in its den pretty well. You can just see the eye near the rock showing out on the left. 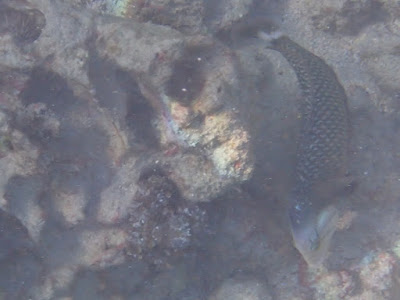 For once, I don't think the Rock Mover Wrasse even knew the octopus was there! 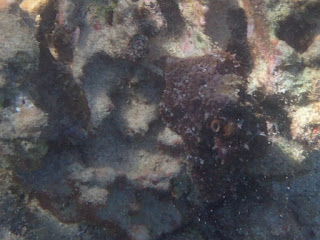 And this is becoming a "regular", even if it hides really well out near where the waves come in. Look for the white siphon. 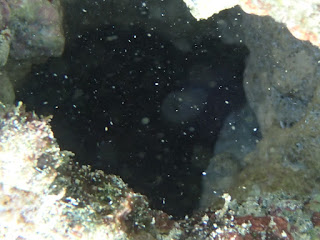 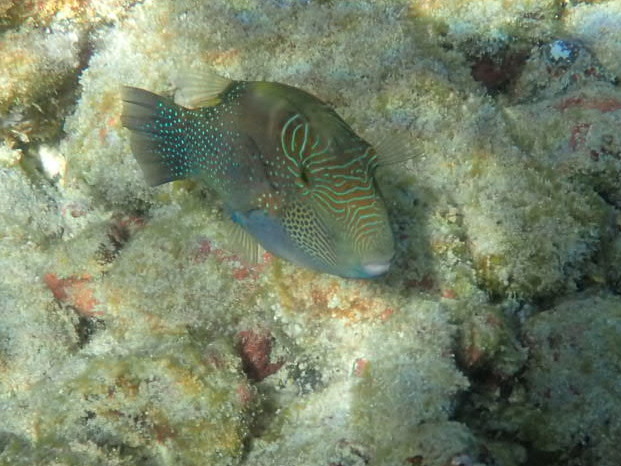 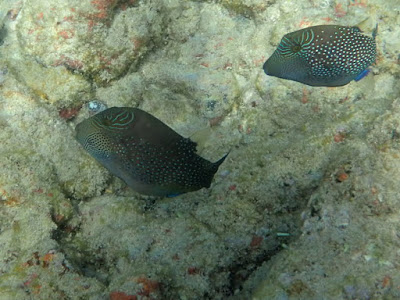 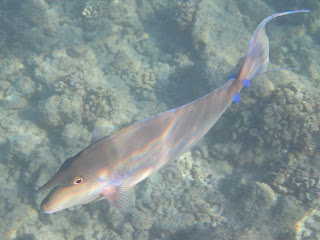 It's not easy to discern, but this poor needlefish appeared to have a broken back! The darker blue bending down is the latter half of the fish. The silver part is the front half.. 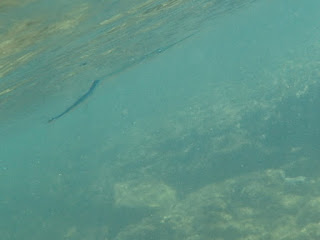 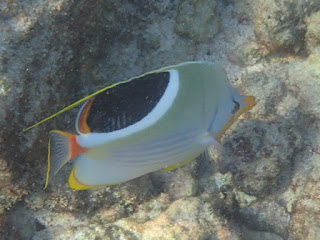 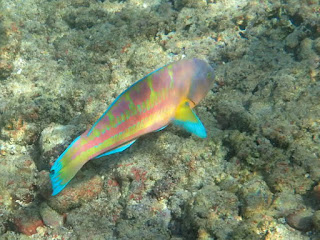 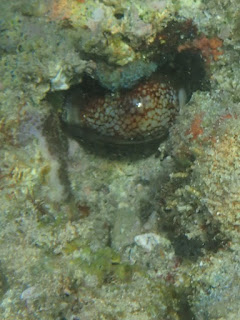 Crab carcass. It took me a minute to determine that it was dead, as the water moved it around. 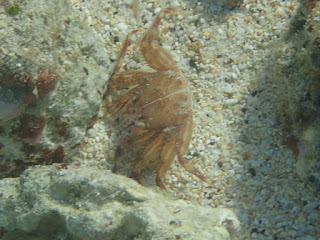 Indo-pacific damsel. These are all over in the waters on Kauai...not so much on Oahu. 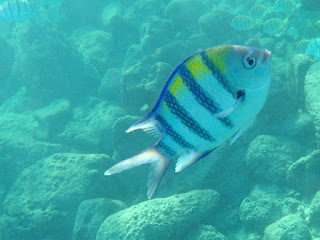 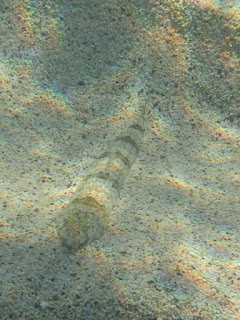 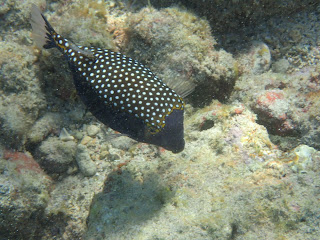 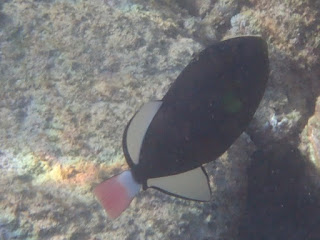 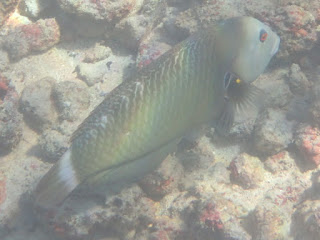 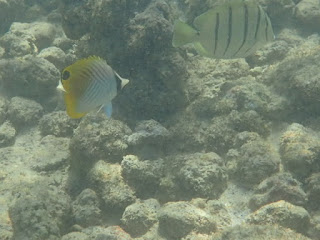 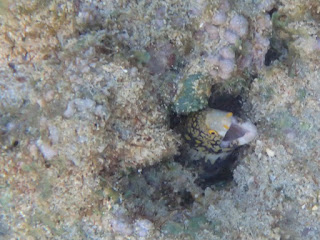 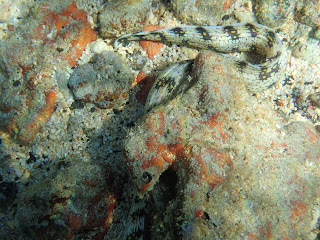 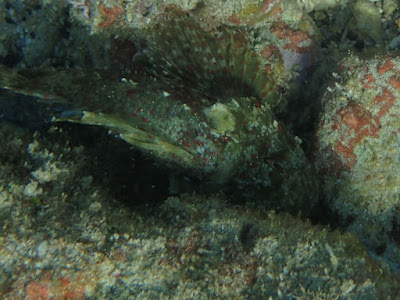 Urchin with shells as protection 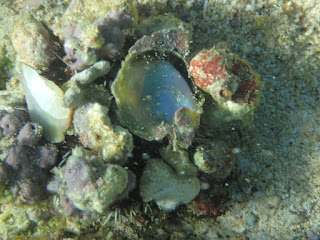 The water was quite nice today: only a bit of cloudiness. And some of the water was like glass....really nice and flat. I'm thankful!
Posted by octopigirl7 at 3:45 PM