Cautionary tale: today I almost put my hand down where a Devil Scorpion fish was resting comfortably. Just a reminder to look before grabbing stuff off the bottom. In this case, I was going nearby for an operculum, when I spotted this guy: 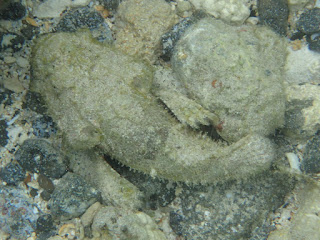 Yes, the same color as that rock it's near... I was surprised to spot it, as I usually need to have them move in order to catch on. 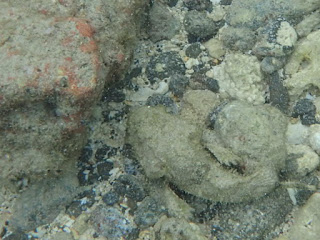 This larger one (the first one I spotted) did in fact move so I could see it: 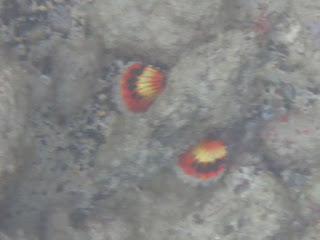 Yes, the colors are a definite giveaway...The bigger ones are usually in the deeper side, although I see the Devils on both sides, size being the difference.


So on to the star of the show: octopus and its ink!
Look for it on youtube at https://youtu.be/bdmgQBOnsvc

The octopus, I think, had had enough of the Rock Mover Wrasse irritating it, so it inked and then flew away. But the Rock Mover is made of stern stuff....later it found the poor octopus again. 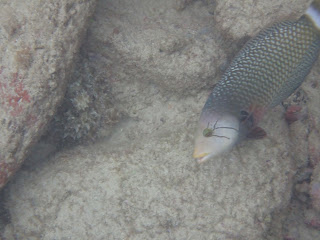 Just trying to have a quiet moment, this fish consistently bothered the octopus, now hiding under a rock to the left... 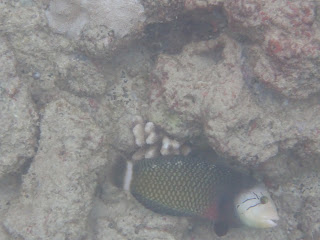 Above, Rock Mover and the brown blob octopus near the top of the photo. 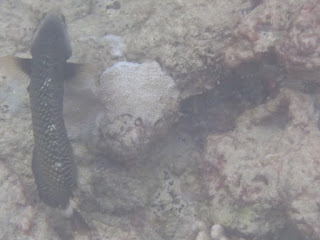 Octopus standing alone for a minute. 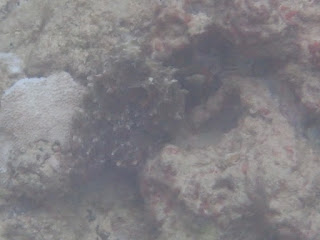 This is what the ink looks like...rather like oil in the water. 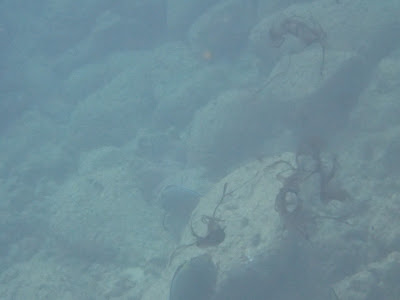 This is #2 octopus. You can spot the siphon and the eye just above it. 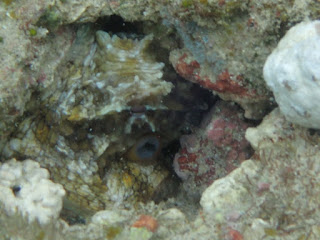 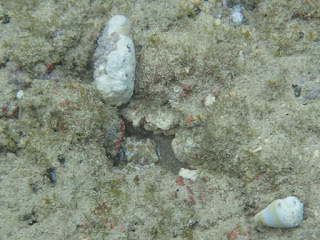 Peeking again from closer in.. 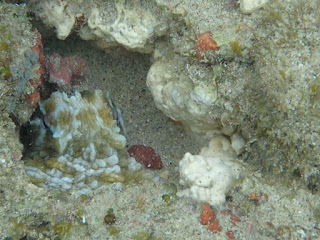 Octopus #3 hiding in the den 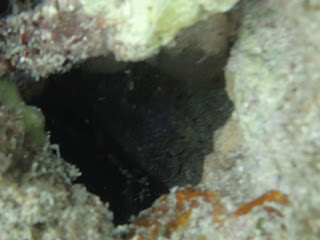 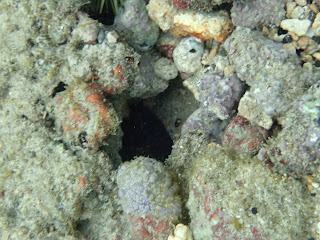 Sometimes I can only tell it's a different octopus by comparing the rocks outside the den. 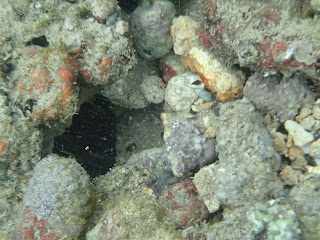 Most excited about the ink.  Haven't seen an octopus ink in quite a while. 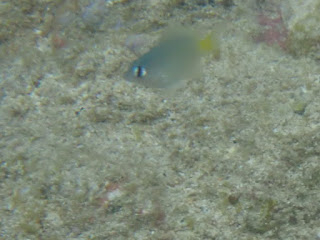 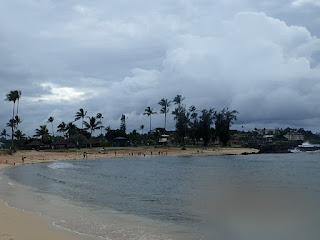 Cone shell dug into the sand 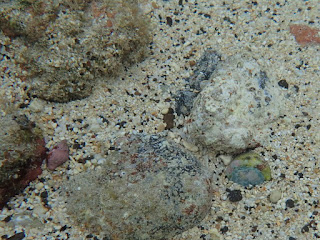 The crab hiding in a Turban Shell (this is the type of shell that usually has operculum (trap doors) to keep out intruders, like crabs. So this crab either got into the shell by digging out the operculum, or it found the shell already empty.) Hairy, eh? 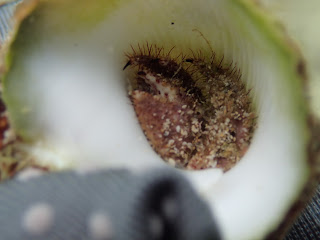 Another shell, this time with an Electric Blue crab in it. 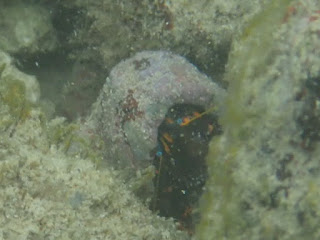 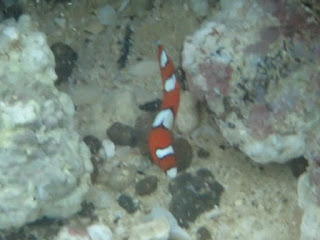 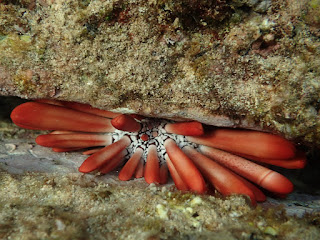 After the brown octopuses, the Pencil urchins seem really bright! 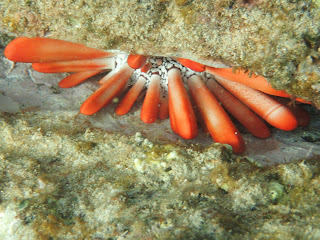 Pinktail Durgon. This one is a young one and is swimming around in the deep side, but in shallower water near the rocks. 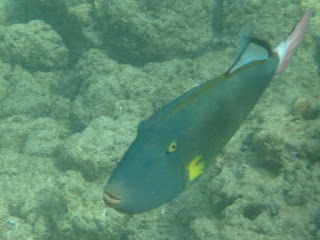 This Threadfin Butterfly fish is really pretty and really curious. Note how the eye is part of a long black strip so as to conceal it. The really dumb predators think the black spot near the tail is an eye...maybe. 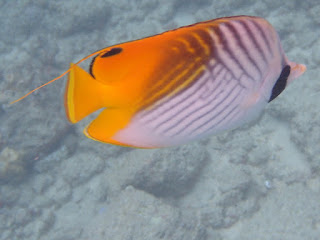 And the Turban shell before I shook the sand out and discovered the crab. 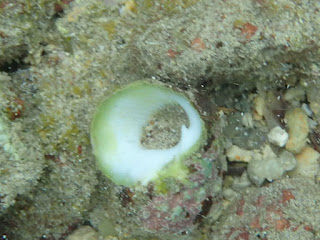 And in case you're wondering, yes, I put the shell back down so the crab could stay alive. It probably would have fought me for it! It did stay in, even when I shook the shell. Tenacious little blighter.