4 octopuses, 2 scorps and a flounder. oh and a seal. oh yeah and a turtle!

The day was packed!!! I thought I saw 3 octopuses, but when I got home, I saw another in a hole I originally thought was empty. My bad. 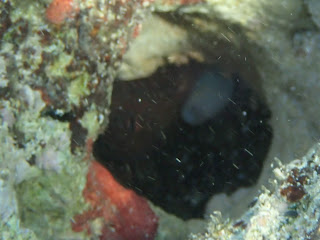 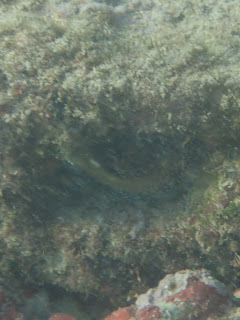 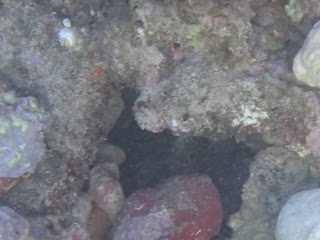 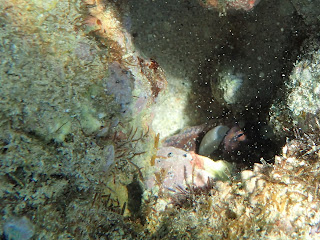 On the lower right, you can see one eye and the siphon. This is the den I originally thought was empty. Man, these animals are canny. This one's den is big enough that it can slide completely out of view from above. Now, that's camouflage! 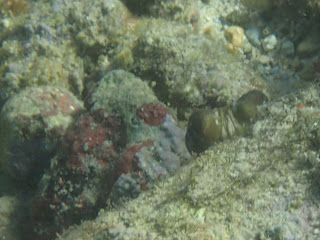 Peeking at me. This is #2 above, the one that hides in a concrete brick. 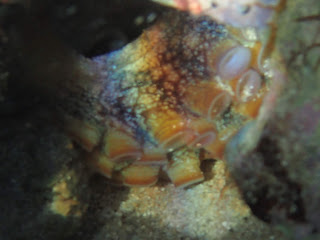 Love those suckers. They wrap their legs around their head. Better protection, I guess. 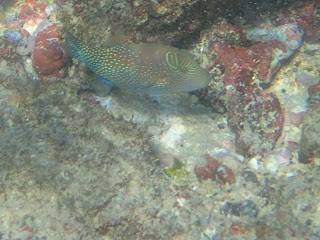 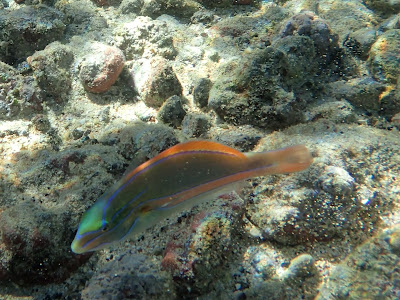 I am rapidly becoming a big fan of the Belted Wrasse. Such pretty colors, especially with sun on 'em. 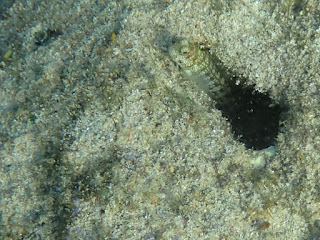 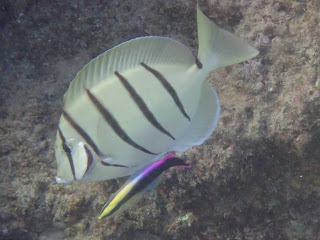 Cleaner wrasse and a manini. 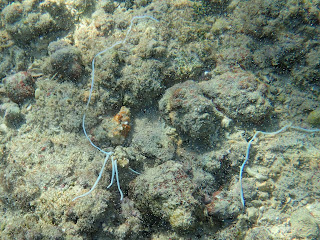 We think this is a sea cucumber. Will you be surprised if I tell you I am lazy to get up and look this animal up? I'm told if you pull on the white strings, they will tug back. 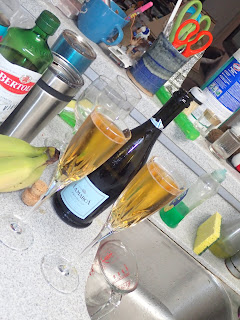 We bought some Di Saronno which came with very cool glasses.  Add Prosecco and you're set! 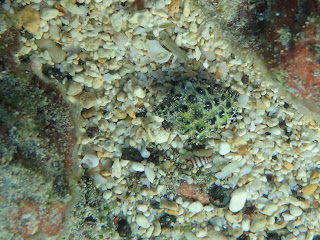 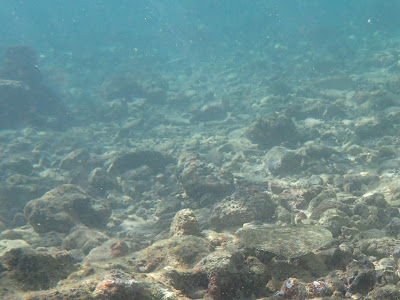 Don't blame you if you can't immediately see the flounder. I unfortunately scared it by cruising over it without seeing it (the one time camouflage doesn't work for the animal), so it took off. It is the thin disk at the lower right of the photo. 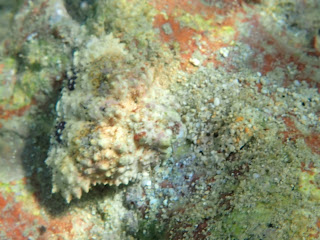 The back of the crab shell. 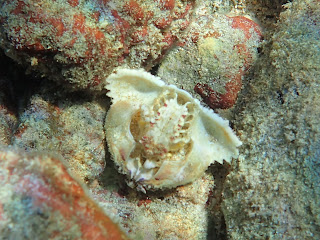 The front of the crab shell. I guess really the underneath portion. I wonder who ate it? 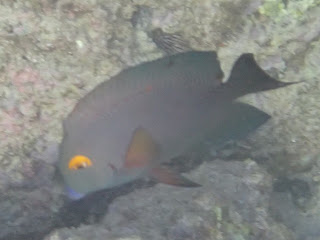 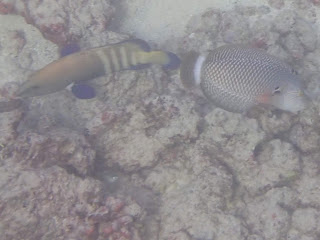 Peacock Grouper and Rock Mover Wrasse. I think the Rock mover irritated it, so it took off. 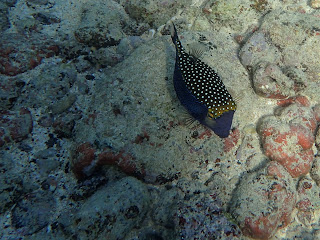 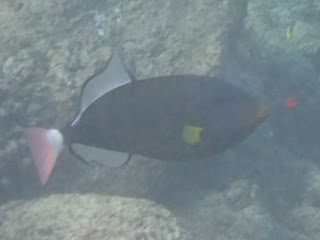 Pinktail. Not sure what the red was in the water. But the fish didn't eat it, so... 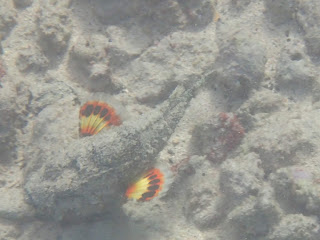 The "after" shots of the Scorpion fish. 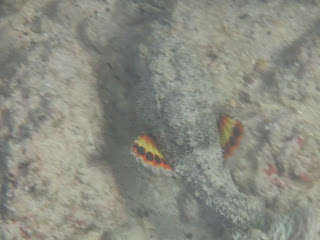 Below, the "before" shot. If this thing hadn't moved, I would probably not have seen it at all. 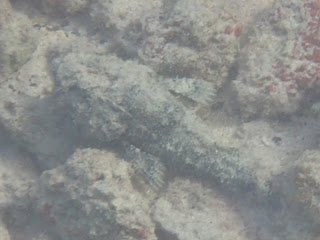 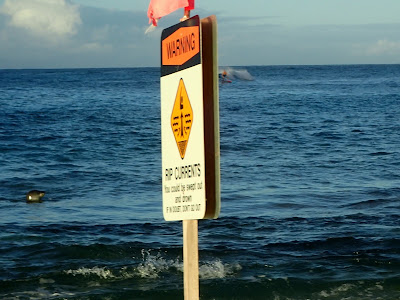 Seal deciding if it wanted to come in right there.  Perhaps it was worried about the rip. NOT! ha. I think it was more worried about the people on the beach in its way. I asked them to please move back. They did. 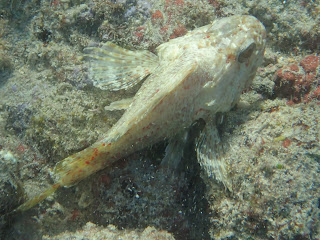 Another Scorpion fish, this one the Spotfin Scorpion. This is the second time I've seen one fully out like this. Normally they hide inside a coral head or a bit of rock, to forward their ambush predator status..

Nice swim. Didn't get a photo of the turtle, as it was quite a ways away before I saw it. Nice one, though. And the seal didn't enter the water where I was, so grateful for that too.