3 octopuses even with bad visibility

I ran into an old friend today on the beach. He asked me where his octopus was...he is foolish enough to think I would give him one! ha! NOT!
But I did SEE 3 octopuses, even with the bad visibility. I took only 95 pictures, though, so you can tell that the water was cloudy. 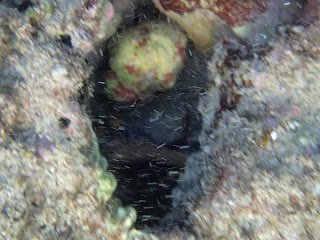 He'e #1 is at the bottom of the photo...that dark brown and lighter brown bit. Yeah, hard to see, right? 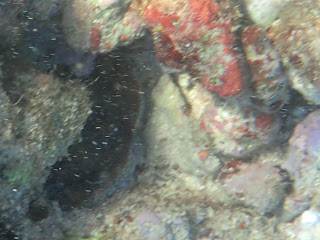 And #2 and 3...#3 below is one I have been seeing often and it took me quite a while to find it in the funky water. But he didn't turn that angry maroon, so that was great. 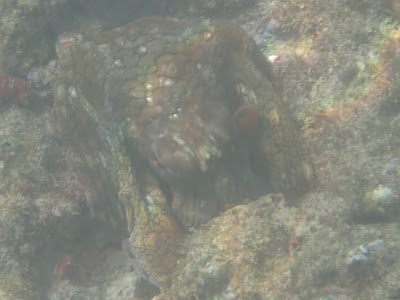 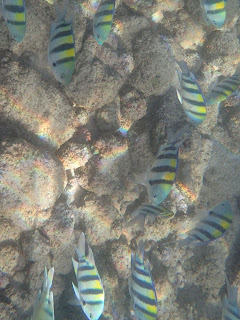 And a Hebrew Cone shell 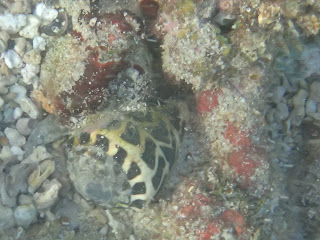 Little Humu about to streak into the hole to get away. Not sure why, as I never do anything to them. 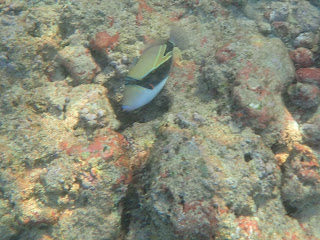 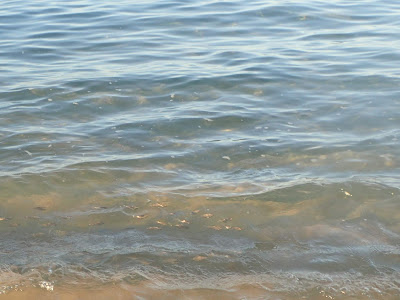 There were a bunch of minnows near the beach in the Kiddie Pond. Probably because there were no seals or turtles to eat them. Can't tell what kind of fish they were, as I wasn't in yet. And juveniles often look different, so all I can say is they were silvery. 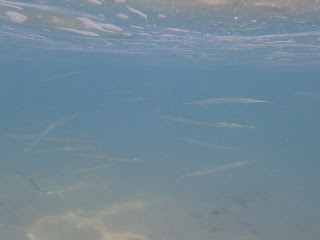 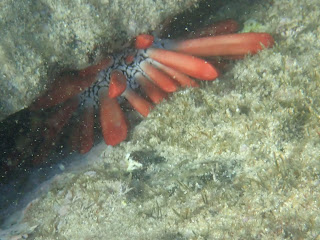 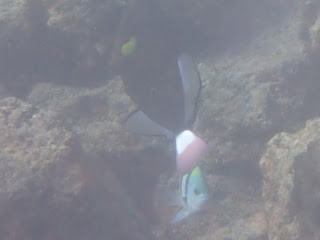 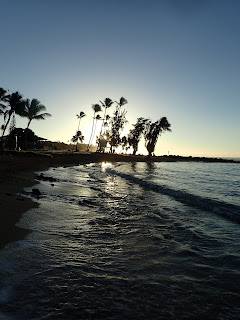 Sunrise in the kiddie pond 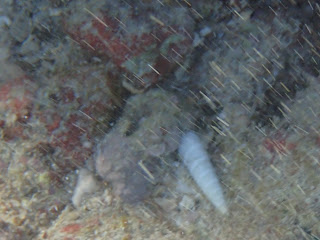 A white shell. It might be a small horn shell.. 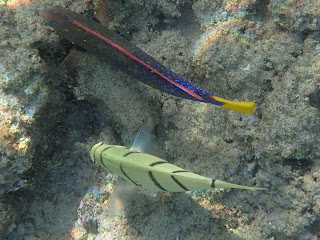 And Convict tang and yellow tail coris.
So I had a nice two hour swim, but didn't take a lot of pix. Good swim anyway. And it's amazing how fast a post can go if you don't have 600 pictures to review first!