First day back after being sick: 3 octopuses!

Of course, you'll not be surprised I was thrilled to feel well enough to get back into the water after a week off...and to see 3 octopuses was a great thrill too. 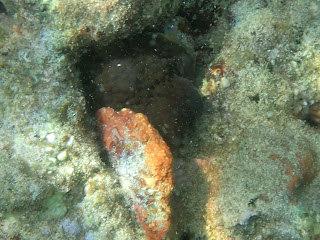 Octopus 1 was a small one...it is just above the orange rock above. Small one! And it almost immediately changed to the dark brown, so there wasn't a lot of option for a great photo. Just glad to see it. 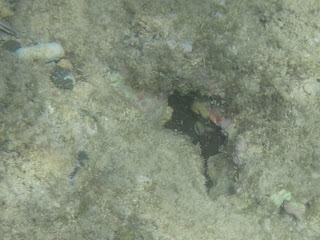 Octopus #2, to the left and below, might have been the same one I saw last week, as it was in the same den. The den had been empty the last couple of times I looked, so I was glad it hadn't been eaten..or gotten so mad when I found it that it moved. They are smart, you know. 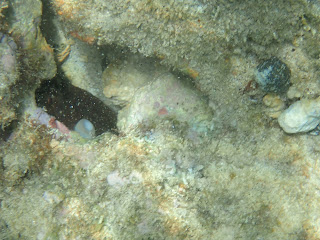 And the 3rd octopus was a full-sized adult. I may have to stop saying where I find 'em, because I don't want anyone to go there and catch and cook the animal. (Yes, it's hard for me to imagine, also. But it does happen, especially in Hawaii.) 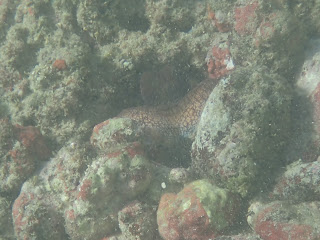 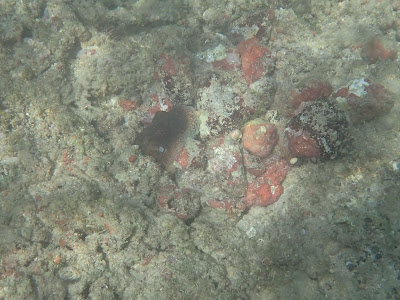 You can see the rocks outside the den. They do put them there, perhaps as protection. This octopus didn't seem very frightened to see me, but I didn't particularly encroach on its territory either. 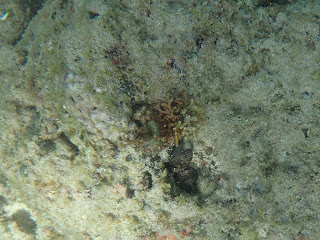 This is the Cowry section of the post: above, two Snakeskin Cowries hiding in a cleft in the rock. 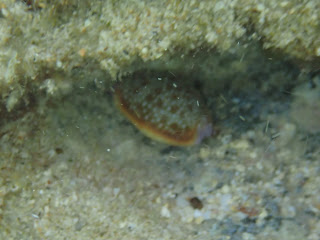 And to the left, while a less than great photo, is a Honey Cowry. I think they are quite lovely: nice pattern, great colors, and that bit of purple at the end. Also hiding. I guess perhaps they come out mostly at night, when they're harder to see, to eat. 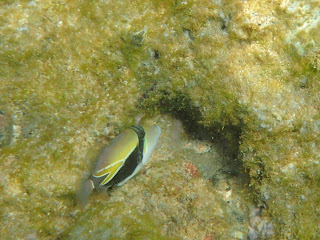 You can't really easily tell the vast difference in size between the two Humu, but the one above was maybe 2 inches long, including the tail. The one below, much larger. And note the ding on its "nose"; not sure what made that.. 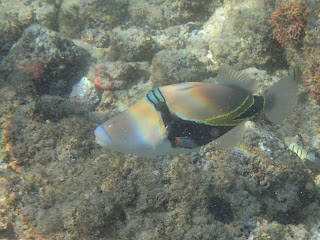 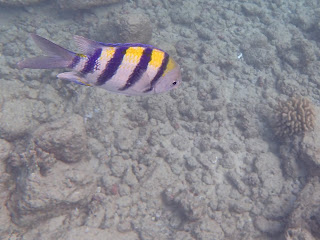 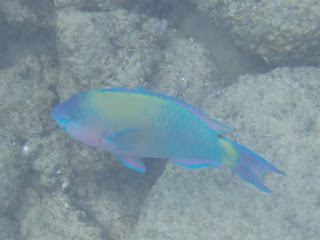 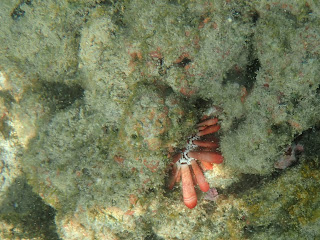 I'm glad I'm not the only one occasionally spanked by a wave! 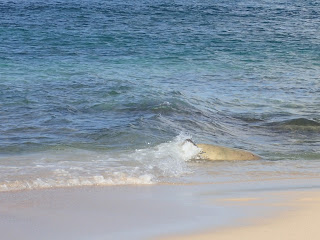 The seal was looking for a place to land...unfortunately, a tourist was standing just out of sight of my camera, so it didn't. Apparently, Rip Currents don't bother it either... 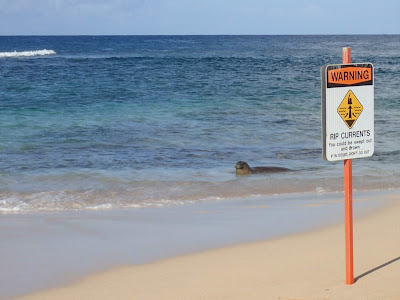 And last but not least (and please don't make fun of me!), but this is my childhood polar bear, Teddy Bumps. He was trying to read my Kindle, but was at the wrong angle. HA. 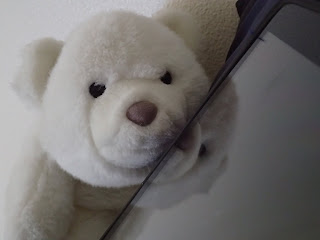 Very glad I was recovered and able to swim today. A great snorkel! Thanks, God, for your healing powers.
Posted by octopigirl7 at 6:26 PM