A nice swim, even without an octopus.

Well, yes of course I was bummed with the lack of cephalopods, but what can ya do?
I did see this guy: 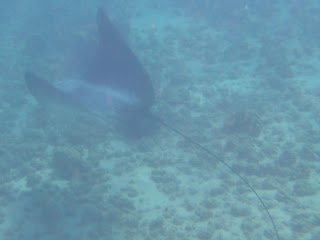 It's a Bat Ray. And yes, it surprised me! I do think it was more afraid of me than I was of it, although it might be close...and it's so hard to get them to express their feelings. HA. Mostly, when it saw me, it veered away. I think I was just unknown... 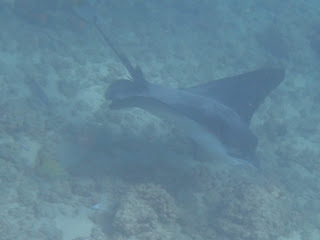 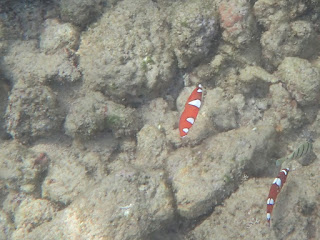 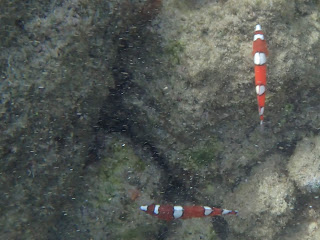 Two juvenile Yellow Tail Coris...Didn't they make a great right angle in the photo above? And below, the adult coloration is showing on an older one...to the right of the frame. 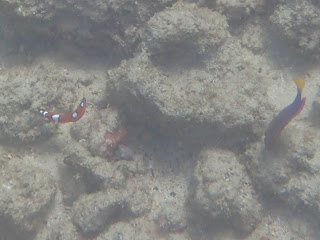 A trio of Moorish Idols. They are so graceful with the long flowy fins on top. 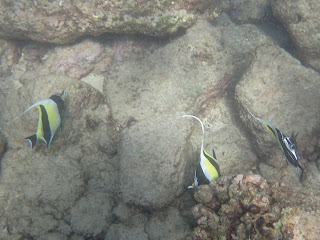 This is the biggest blenny I've seen...Of course, their biggest is less than 7 inches long...maybe 5? 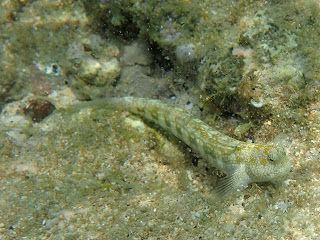 Now, we are talking! This big cornet fish was probably 3 feet long: 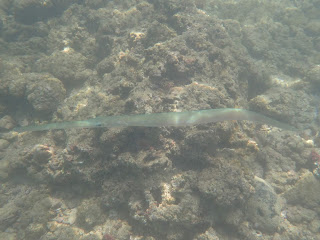 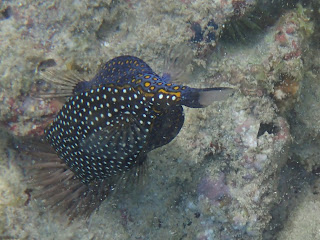 And la creme de la creme: the Bubble shell with the animal showing! 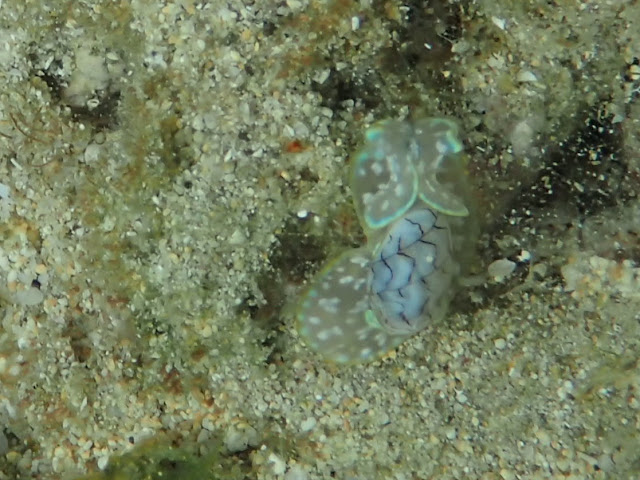 The shell itself is the black and white part...the gelatinous white polka-dotted part is the animal. What an amazing creation!!! 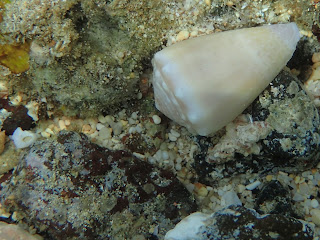 Above, a nice Cone shell too. 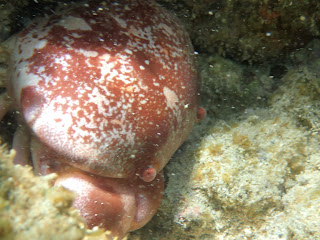 There were two of these crabs (couldn't i.d. them immediately on the internet), but in the one above, you can see the bulbous eyes. And below, more of the legs. Not sure what they were doing, as they were apparently hiding about a foot from each other. Well, I guess they were hiding. ha. 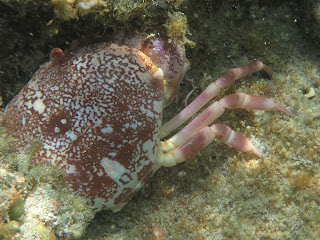 Did they have a spat? The male Trunk/box fish is apparently fleeing the female on the right. Or vice versa. I'll have to look up their mating rituals... 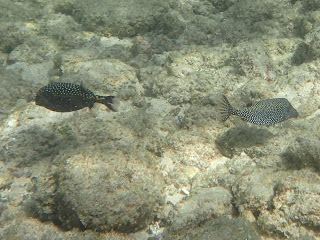 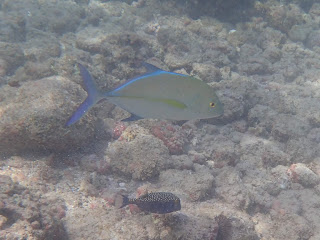 The object below turned out to be a lead weight with tape or something around it, which was attached to several feet of fishing line....grrrrrr. Took me about 15 minutes to untangle the line and get it off the reef. Thanks to my sweetheart, I had my underwater scissors with me, so I was able to cut it and get most of the line that I could see out of the water. 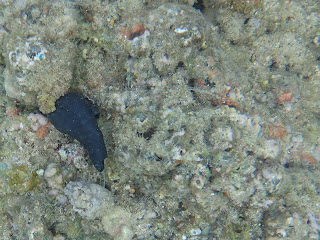 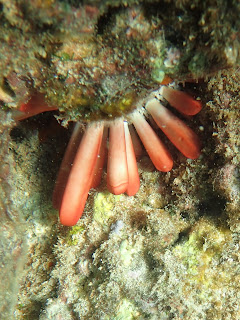 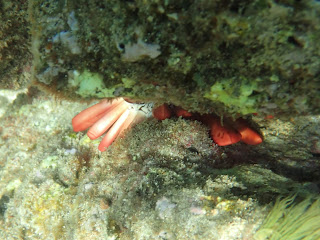 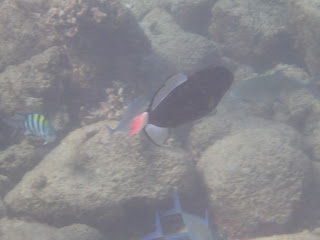 Bad Bad Rock Mover! You did not lead me to any octopuses today! 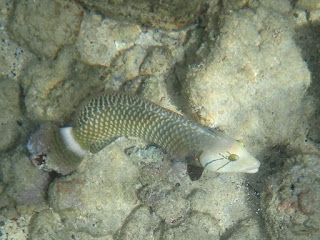 I am guessing, but this looks like it was once lava, as the shell on the middle left appears stuck in the rock. But I could be totally wrong, also. 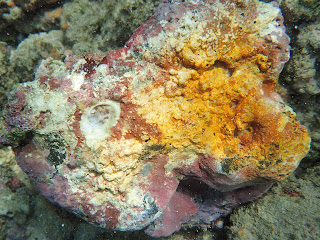 So, a nice swim. To tell the truth (I try not to lie to God), I was disappointed not to see an octopus. Perhaps next time.
Posted by octopigirl7 at 6:36 PM