Once again, the octopus were not hiding. And I saw 8! Note I didn't say it was easy. But very rewarding. Now if only I could get them not to fear me.... 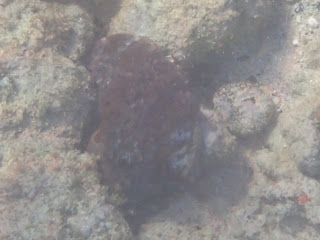 I'll have to admit, he'e #1 had me a bit nervous: I could see its siphon, but didn't see it breathing through it. It was a large adult octopus, so I'm not sure what was going on. 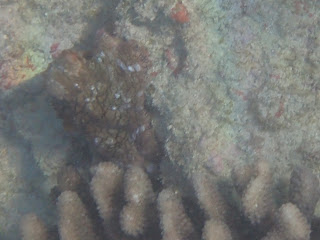 #2 bold as brass out near the coral. 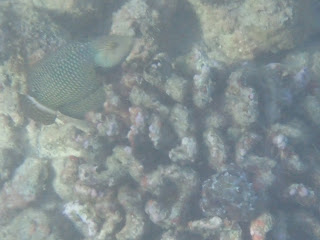 Octopus on top of coral head, accompanied by the Rock Mover wrasse. It is unusual in what I've seen that they sit on top of coral. But later, I'm pretty sure the same octopus was hunting. See video at youtube.com look for octopigirl7. 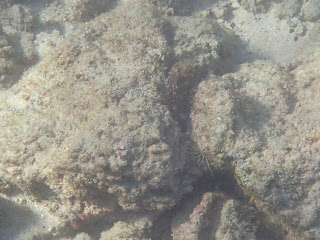 Hard to see #4..in between the big rock and the smaller one. It's the brown blob. ha. 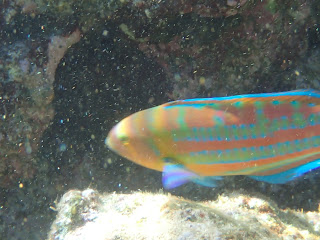 The hole behind the Christmas Wrasse is the octopus. 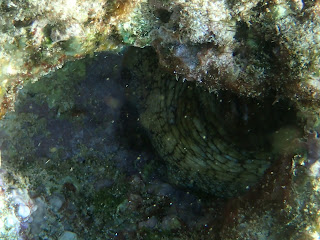 This one was using the sun to hide itself. They are wicked smart! 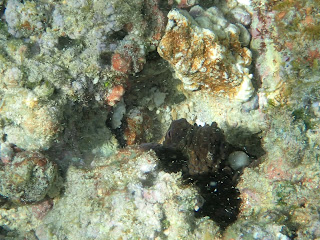 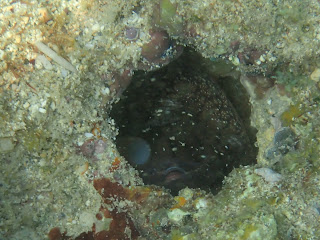 In a small hole out near the surf break. The siphon is on the left (white circular thing) and the eye is below and to the right. 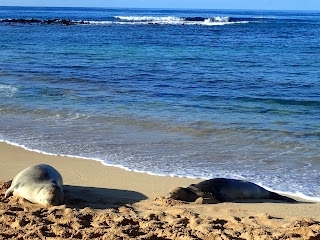 seals snoozing on the beach. 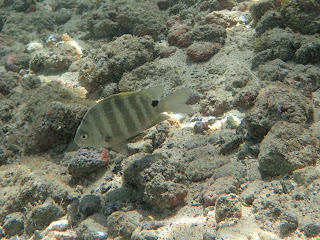 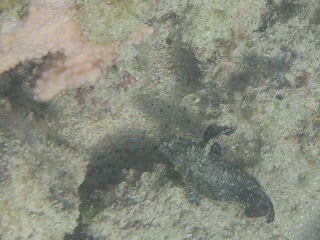 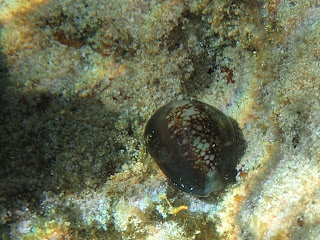 Cowry shell getting a suntan. 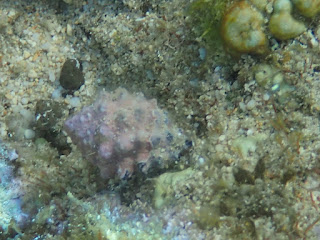 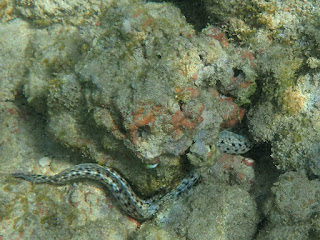 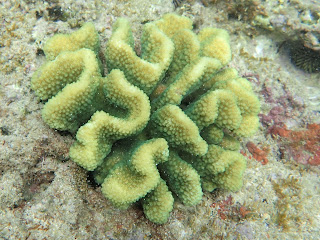 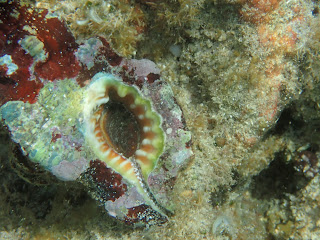 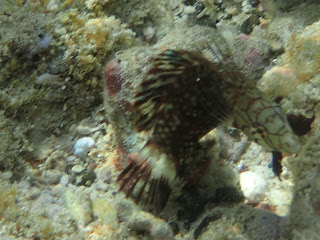 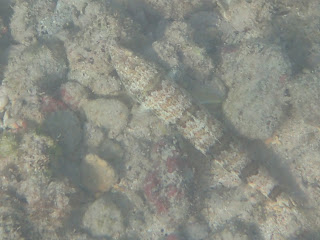 Lizard fish for my sweetheart, as well as the male trunk fish below. 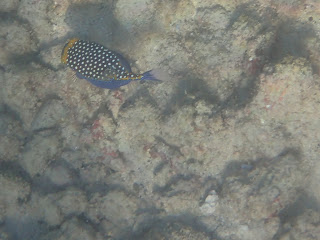 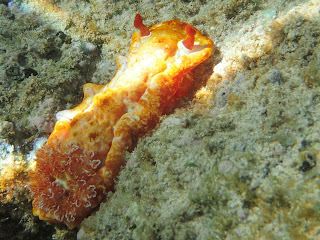 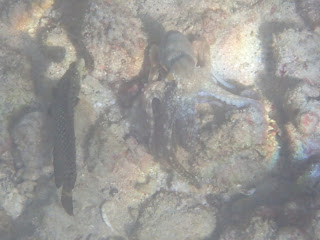 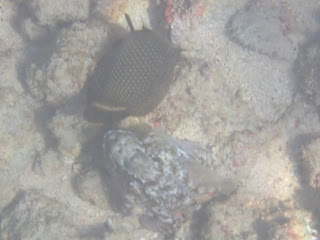 Octopus at the bottom and rock mover doing its job above. 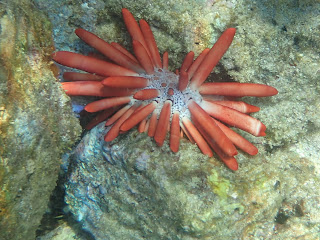 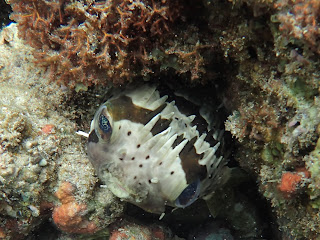 Don't see many of these: Porcupine Puffer hiding amongst rocks. 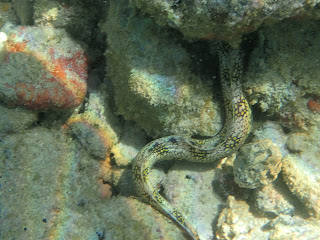 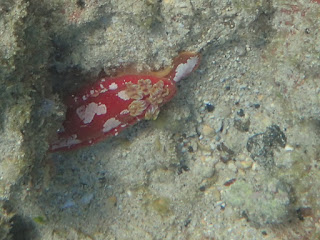 Spanish Dancer above. Spotfin Scorp below 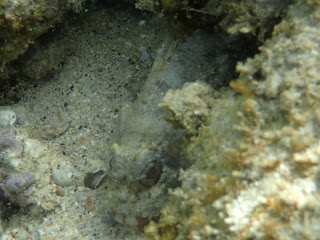