Yes, you guessed it, the following pix are from last week. Why didn't I post then? Well, I was tired and there were no octopuses. I try not to brag, but I normally have the squid eye, so I can see them, but last week was not to be. 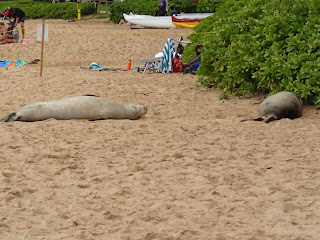 These two seals were much higher up on the beach then. Someone said it's because they were molting. 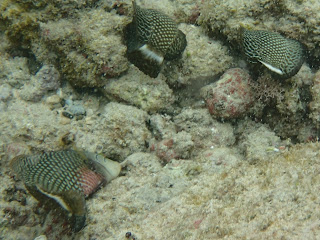 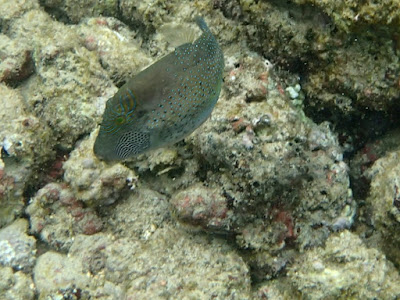 Ambon Puffer. They have a really pretty electric blue fin under their tails.. 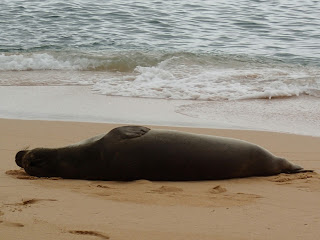 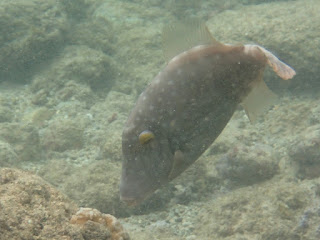 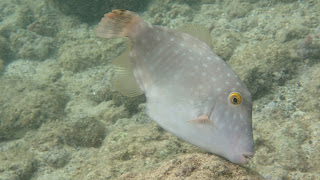 A very nice bubble shell. It was probably occupied, so I didn't take it. 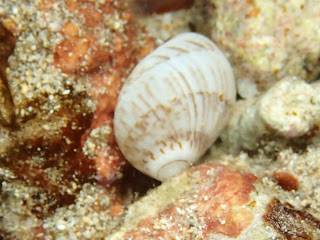 Nor did I take the Cone shell! It definitely looked in pristine shape, so I assumed it was also occupied. 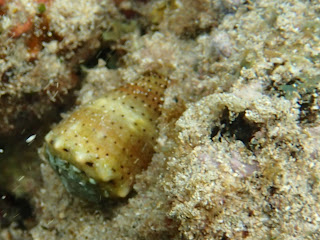 And the little Drupe shell below was hiding near an urchin, in a hole. 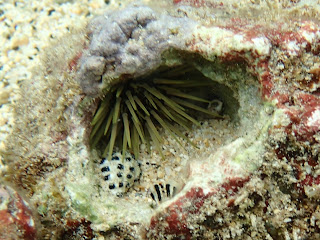 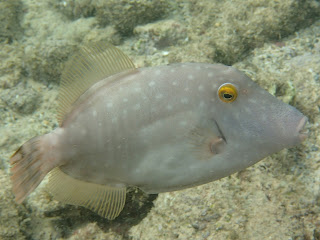 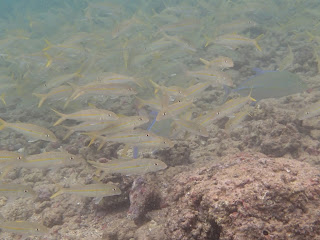 Big groups of goat fish, being accompanied by Bluefin Trevally. They "hide" within the group, apparently hoping no one will see them and realize there's a predator about. 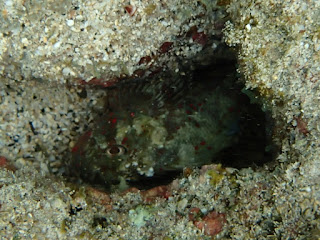 Look for the red eye of this Spotfin Scorpion Fish. They are much more prevalent than the Devil Scorp. 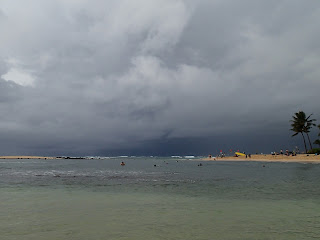 Why was I surprised when it later rained on me?! 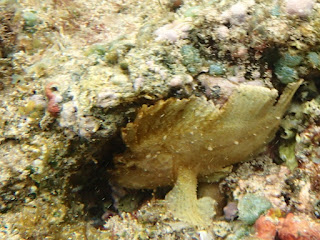 Leaf fish trying to be invisible. 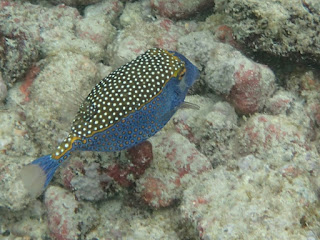 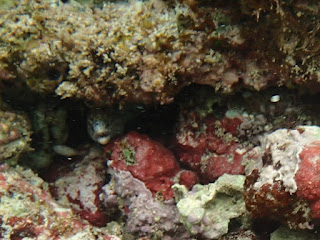 Nice little eel, perhaps taking cover from the rain. Nah! They are IN water! 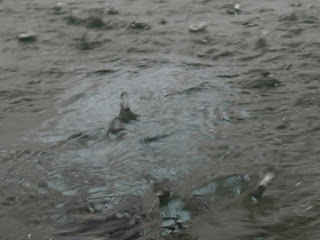 Drops of rain. Eventually, I got out, thinking there might soon be thunder and lightning. 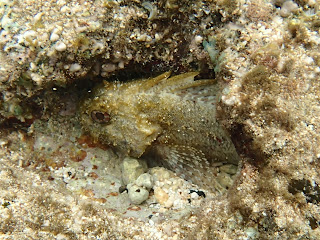 A better shot of the Spotfin Scorpion Fish. They are all good hiders. 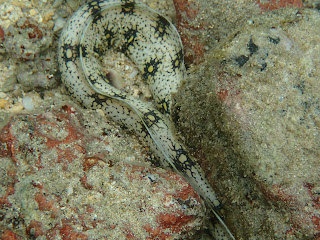 Snowflake Moray. Sometimes it's hard to tell where their head is. 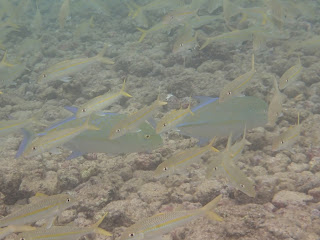 You can see the Bluefins better in this picture. 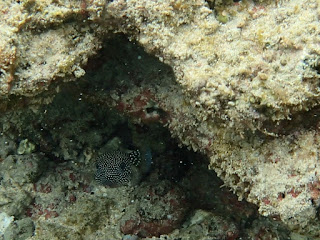 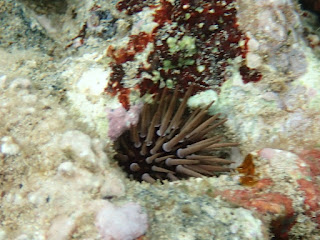 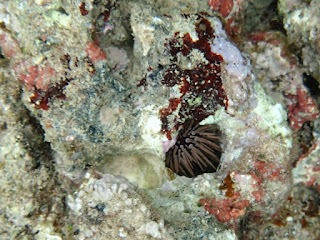 So, no octopuses, but I enjoyed the swim anyway. And didn't get struck by lightning. It's all good!
Posted by octopigirl7 at 7:07 PM