Armed with antibiotic salve and a waterproof bandage, I ventured out into Poipu Beach to see if the octopuses had missed me. Apparently, they had, as they let me see 3 of them! 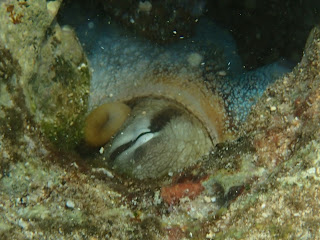 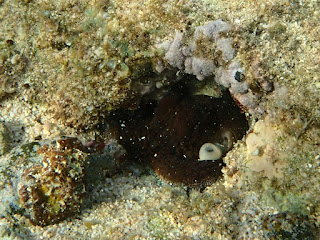 Yes, they are cool animals! 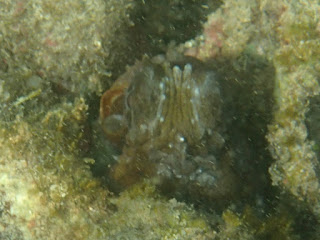 I really enjoyed seeing them and was surprised to see 3. The water wasn't the best and there was an amazing rip. They had closed the deep part, so half of my territory was unavailable.

I also took a movie, but the water was bashing me about, so I'm not planning to upload it...Don't want to make anyone seasick. 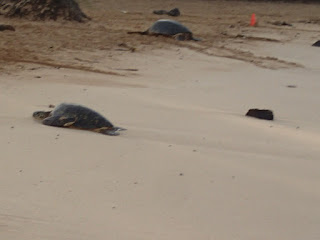 A total of 3 turtles, two of which are shown here. 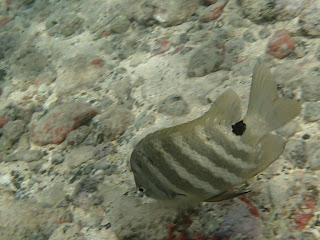 Abudefduf. Yes, it was turning to avoid me. 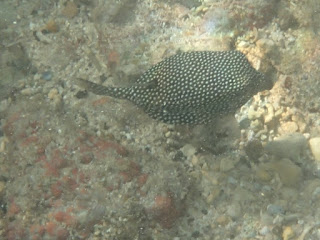 Trunk or box fish. You can see the water wasn't pristine. But not bad enough to make me not want to swim. 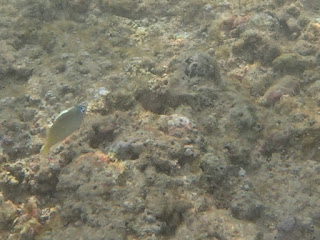 Plenty of Brighteye Chromis around. They are very cute and quick, too. 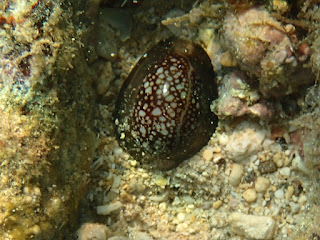 Cowry shell hiding in the rocks. 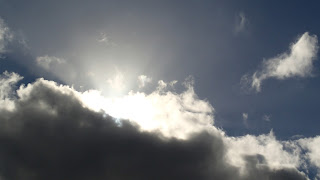 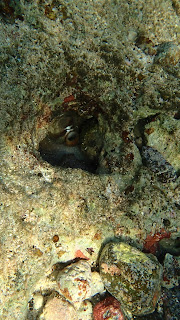 Another shot of the octopus. This was #2, I think. 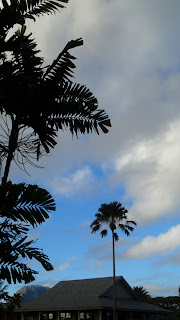 Palms and clouds near where we live. You can see the fog around the mountain behind that building. 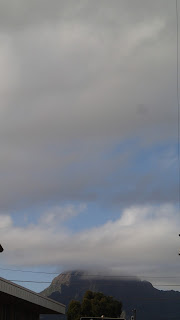 I tell ya: it's either buildings or phone lines in the way! 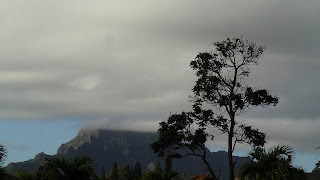 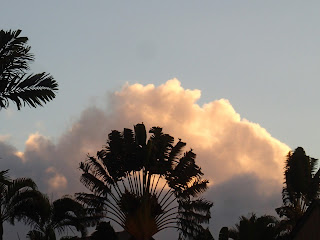 I love the palm tree, especially when in front of the clouds. 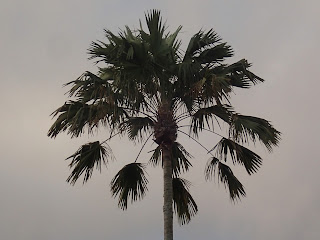 I work at a garden, and this photo is the first time it occurred to me that some palms have branches without leaves, until the end. My co-workers would be aghast that I didn't know that... 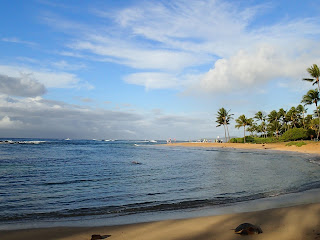 You can't really see it well, but in the middle of the pond was one of the frolicking seals. And of course wonderful scenery, too... 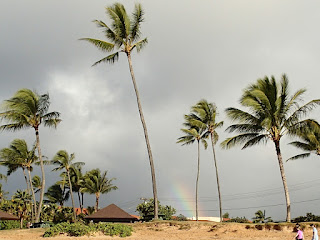 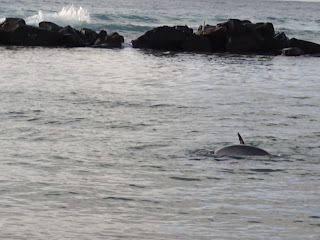 Here's the seal, caught while it was turning. They appear chubby on land, but in the water, they are great athletes! And below, it was trying to see where it could come up on the beach. The people didn't think to get out of the way, so it eventually swam off to the island to rest. 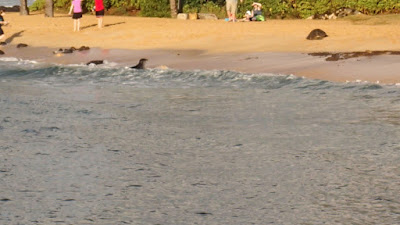 This one was resting, totally asleep. This was taken after I got out. 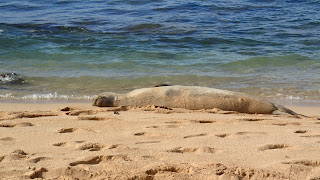 Can you see the Spotfin Scorpion Fish? 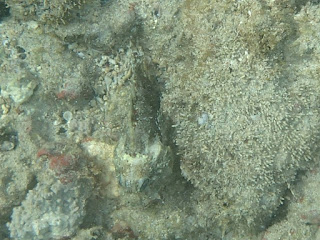 And the Christmas Wrasse, with super male colors. 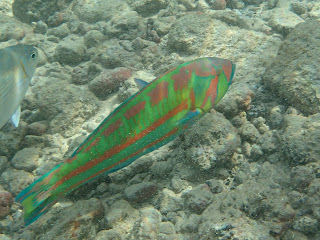 This is what my computer monitor looked like one day last week. Oh yeah, it was not great! But my brilliant hubby figured out it was the HDMI cable and not the t.v., so that was great. He just had to change the cable to another hdmi outlet. Voila! And didn't cost a thing, thank God! 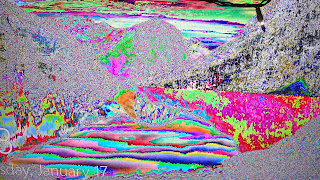 I told these people that they were too close to the turtle. And they moved right away! I saw them later at the shower and thanked them again for doing so. 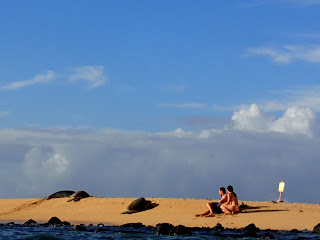 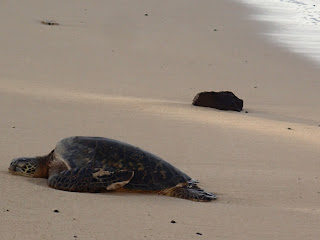 I think the light on this sleeping turtle was quite pretty. I best thing was that people were pretty much leaving them alone. 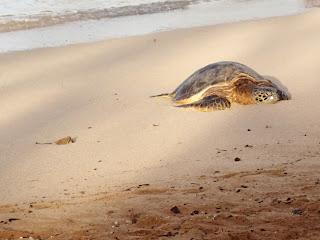 So after three weeks of no ocean swimming, quite glad to get back in. Thanks to God for showing me all my faves!
Posted by octopigirl7 at 4:47 PM