One of the few times I didn't want to see another octopus!

Whenever there's a spear fisherman in the water, I am much more careful about what I look for!

I had prayed on the way to the pond that I would see octopuses, but also that I wouldn't see any killed. I would really hate that! So as always, God is good. I saw a place a few yards from the spearman that looked like it should have an octopus, but didn't see it.  And I kinda hoped I wouldn't because I didn't want them to find it too.

But I did see 3 octopuses before the fisherman got in the water: 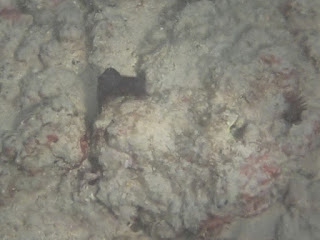 He'e #1 was peeking up from the depths. 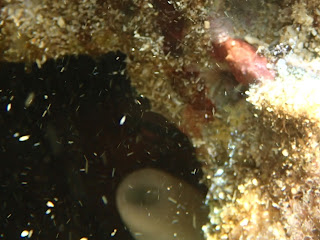 He'e two and three were in holes near the beach. Again, a good reason not to walk around on the rocks. I would hate for them to get stomped on! 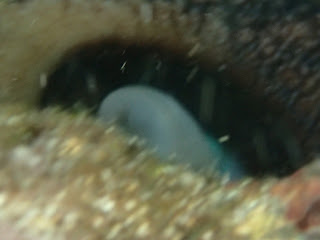 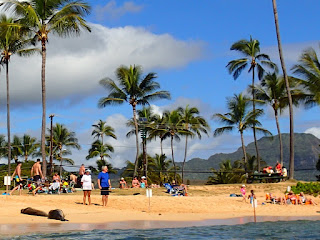 Two snoozing seals...both photos taken while I was in the water. I love that one was sleeping on its back. 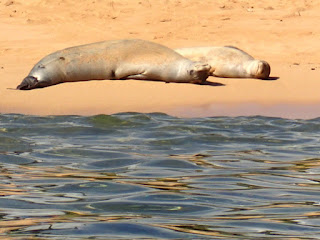 Three Bluefin Trevally having a parade... 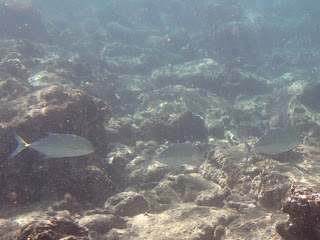 Five Rock Mover wrasse.  And before you tell me that the top one isn't a rock mover, I know that! There are five because the "one" at the bottom is actually "two." 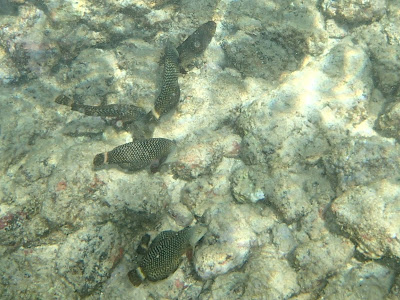 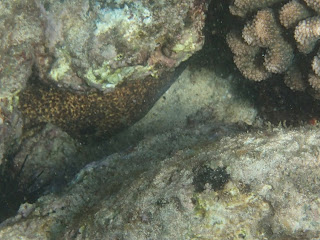 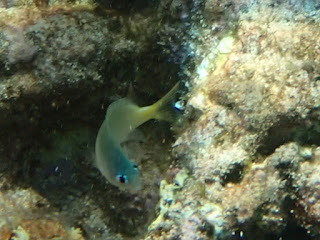 Nice Brighteye Chromis and below, the damsel fish that guards the coral. 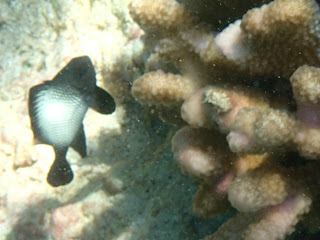 Cornet Fish with a rainbow eye. 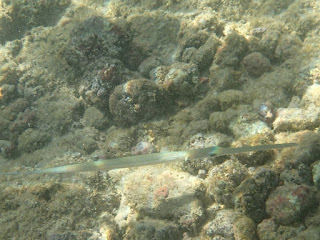 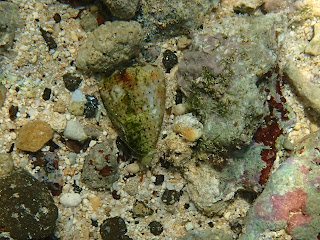 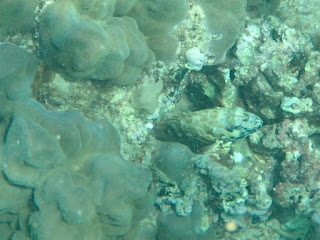 This hawk fish came out of the hole where an octopus used to live. Not sure what happened to the octopus, but I've looked several times and it doesn't seem to be ever home....I'm working to remain optimistic here! 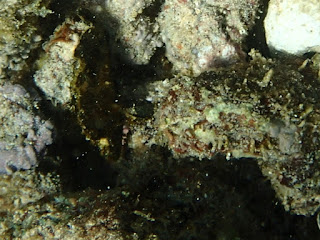 Look hard for the leaf fish. This one isn't as easily seen. 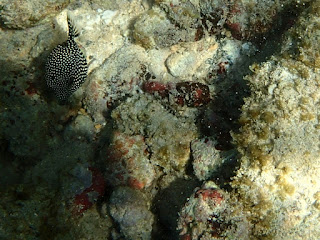 Cute little female trunk fish above and a male below. 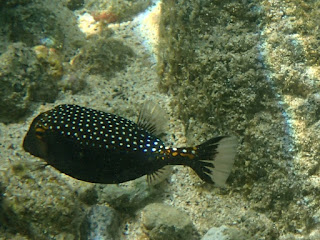 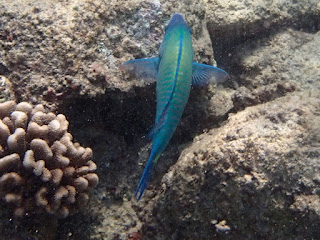 Couldn't catch a great shot of this nudibranch, but I thought it was cute that you can see the front and the behind, as it went into a little tunnel in the rocks. 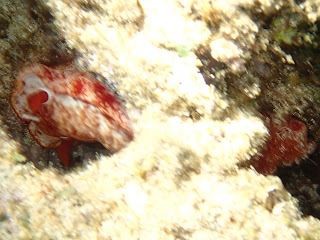 My latest find: sunglasses! Sadly, I think they'd been about 15 feet below for a while, as the lenses were scratched up. You'll see I am ready for another trip to la belle France! 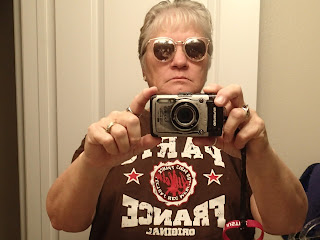 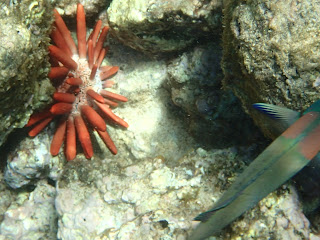 Head of a Snowflake Moray eel. 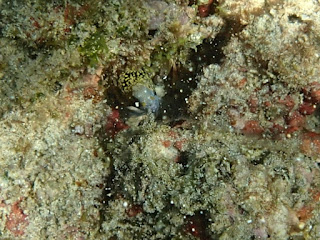 Different eel, curling around trying to find a place to hide.. 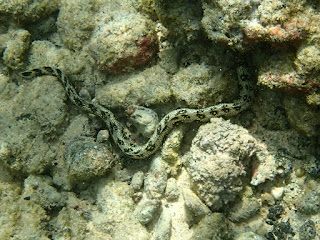 The wounded Rock Mover lived through another day. 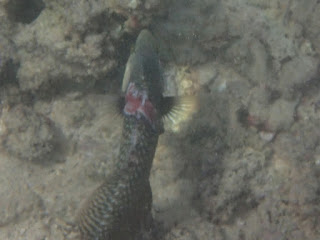 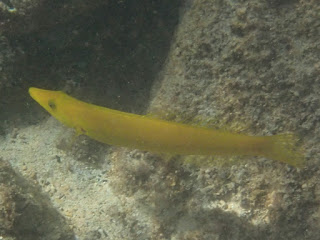 The Zebra Moray eel below was hiding in the rocks too, not too far from the other eel pictured above. 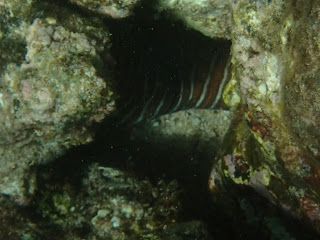 Nice end to the weekend of snorkeling. I am off work tomorrow, too, but it's for medical reasons...visits with two docs. Please pray for me that all goes well. And thanks!
Posted by octopigirl7 at 5:55 PM