I stood and watched the rip current for a little bit this morning, deciding if it was safe to get in. Talked briefly with this guy: 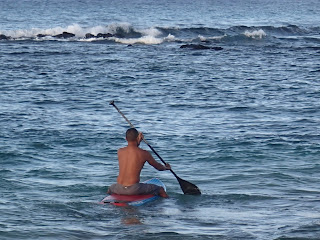 He asked if it was my first time...I said, no but I wasn't happy about the rip! He agreed it was major. It didn't stop either one of us! But I was careful getting in. It was early and no one would notice me if I went into trouble.  They were all watching the seals on the beach: 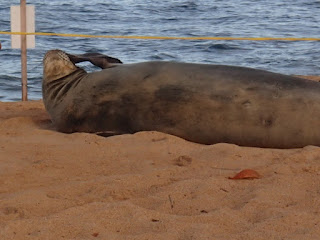 I would be itchy too if I had all that sand on me! And then it was back to snoozing. By the time I got there, the volunteer had already put up the signs, so I watched for a minute and then got in the water. 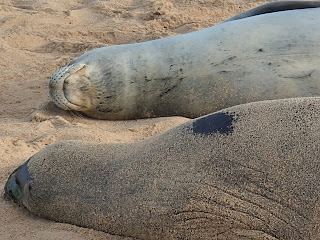 Pencil Urchin mashed in between two rocks.  They choose to do it, so there's probably protection from predators. 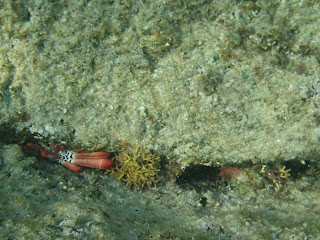 And this Rock Mover Wrasse was fierce! It picked up a rock that probably weighed more than it did, to throw it aside and chomp on something that was hiding underneath. These jaws are crazy strong!!! 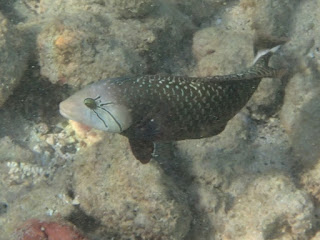 Urchin.  I actually think these are pretty, even if they can poke and sting you. Like the one yesterday, there are thick and thin barbs.. 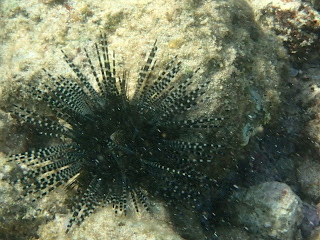 Here's the octopus, which makes my day! He was at first dark maroon, then I guess he relaxed a bit. I shot a few movies, but the water was moving me around, so I'm not planning to share them. Don't want to make anyone seasick! 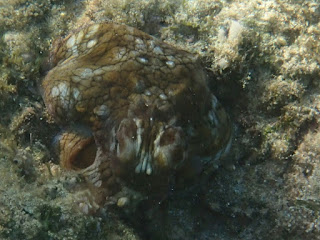 And the Leaf Fish was in between the deep part of the pond and the kiddie pond. Not an easy place to linger to snap photos. But I managed. I think they are so awesome. The fish, that is... 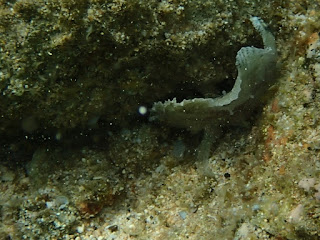 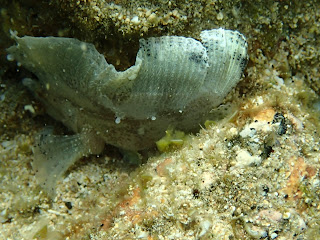 And got a bit of the moon. and a cloud. I'll make it a bit bigger. 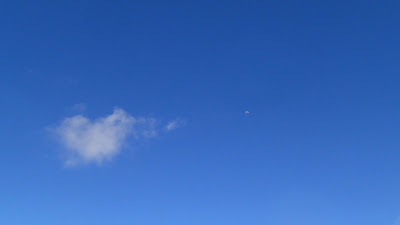 That helps a little.  And that's the day. I had to leave early to take sweetie to the airport.  look out, Big Island!