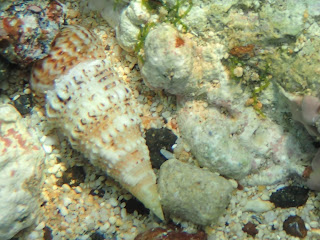 Your opinion requested: is this actually two shells? I thought it was just a horn shell, but if you look closely, the brown and white just below the rock appears to be very different and also a shell...now I'm wishing I had picked it up to look at it! 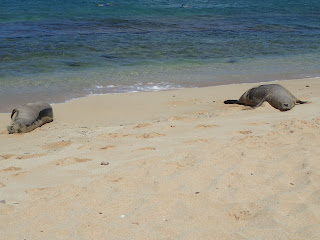 Two seals snoozing on the beach. The one on the left is the one that swam by me earlier. 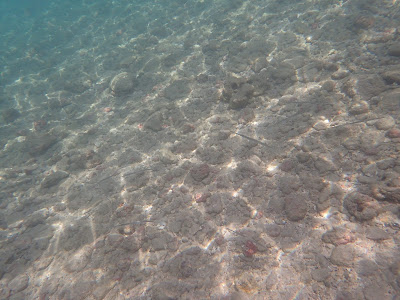 Believe it or not, this is 15 small cornet fish. If you spot one, you can train your eye to see the others, too. 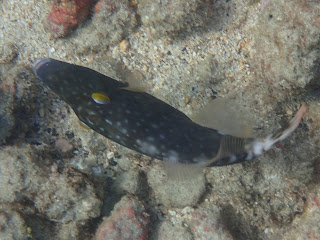 I call it a sock monkey fish, but really it's a juvenile Barred Filefish.  The bars come later. 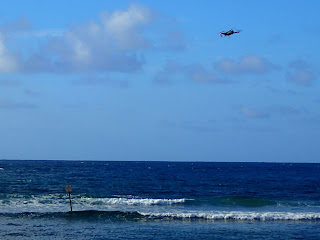 A very irritating drone before I got in the water. We need to use those for good, not evil. And guess which category this one fell in? 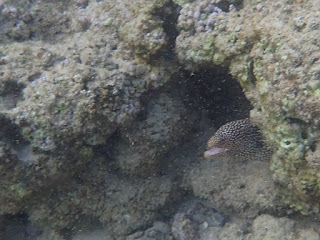 One eel of many. They look so mean, don't they? 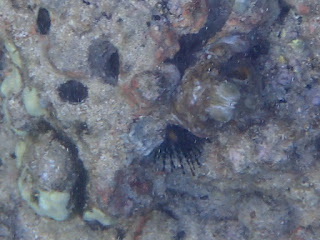 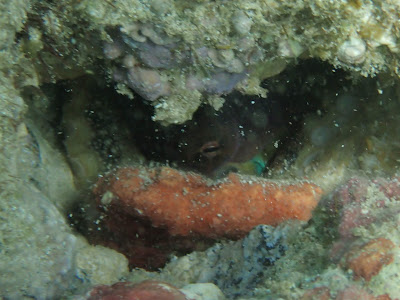 And here is He'e #2. Hiding within its den. You can see its eye, part of the siphon and that cool aqua color they sometimes show. 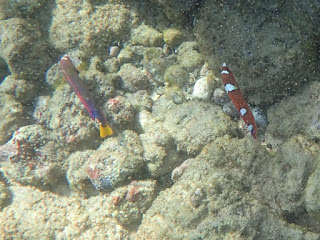 A juvenile and a medium yellow tail coris. If you look closely, you'll see a remaining white line on the tippy top of the one on the left... 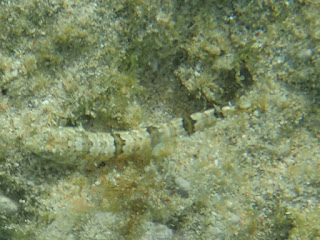 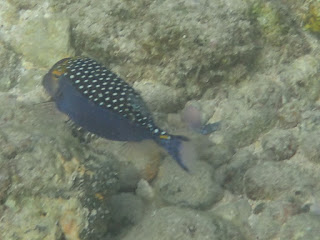 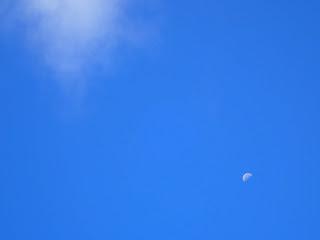 The moon and a wisp of cloud. 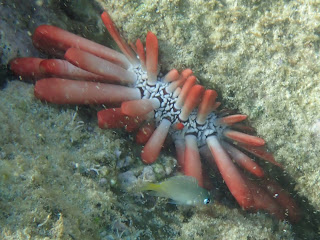 A quite rare occurrence: a Brighteye Chromis caught on film with a pencil urchin. 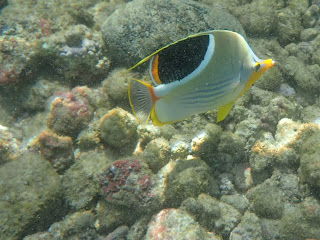 I enjoyed the light on the face of this Saddleback Butterfly. 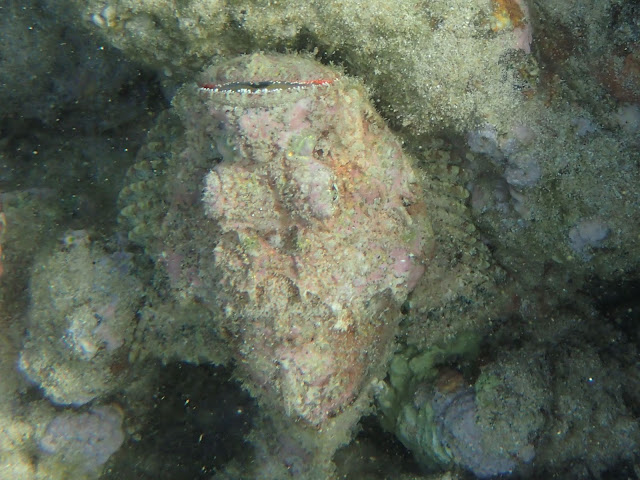 Scorpion fish #1 of the day. if you look really carefully, you can see the bright colors in its slightly agape mouth at the top of the shot. Look at those teeth, too! 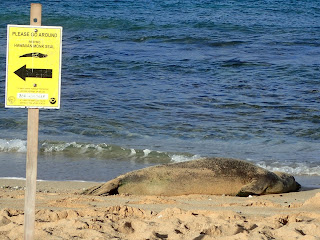 One idiot lady, who apparently couldn't read, walked between the water and this snoozing seal. Boy, did I have some choice words for her! Thankfully, I didn't use them. Trying against all odds to be good! 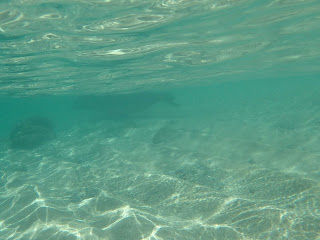 This is the seal that swam by me in a very surprising move. I popped up after he passed and told the couple on the beach who had seen him zoom by that I, too, was surprised! 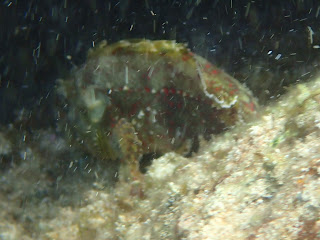 A Spotfin Scorpion fish on the side of a rock. Very unusual in my experience, as they are also ambush predators and usually they are hiding inside something. 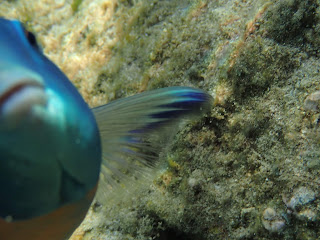 I was popping up and down, looking for operculum and this Saddle Wrasse apparently thought I had a great prey item that it needed. A very nice swim. I'm working to train myself to ask God for whatever He wants to show me. Of course, I add that an octopus would be appreciated!