So glad I went!

So glad I went to the beach today!  Two octopuses and one bubble shell...with the animal still in it!!! 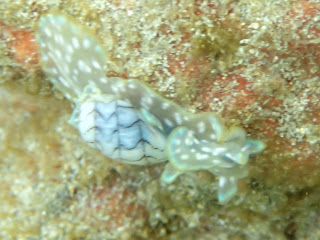 The shell itself was probably an inch long....the animal, much longer! 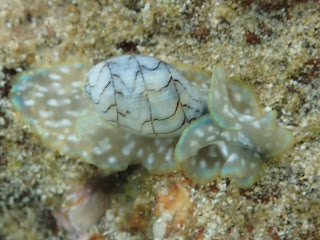 I felt really blessed to see this one. It was so small that I could easily have missed it, swimming by. 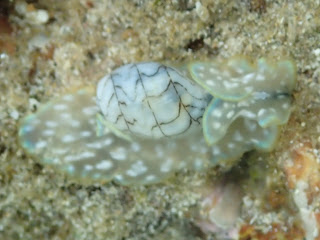 It was on top of a rock. 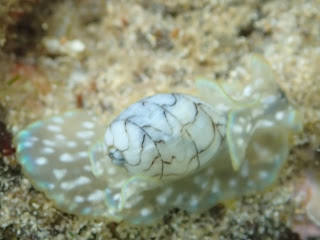 And making pretty good time across the way. I almost started a video, but wanted to take pix instead. I find it quite interesting not only the shell pattern, but compared to the animal inside, it's amazing! Alex said: all that fits in the shell?! I think so..... 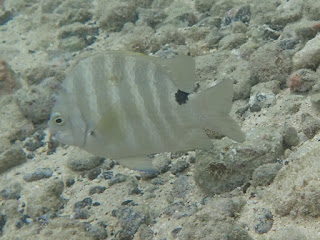 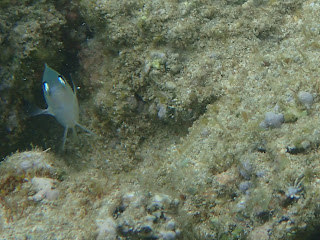 Brighteye Chromis. See why it's named that? 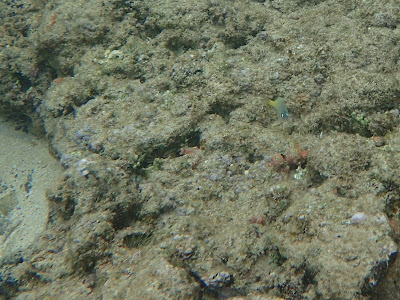 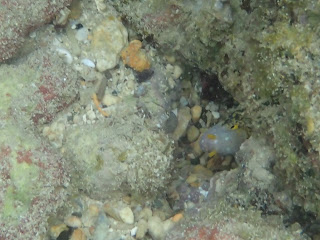 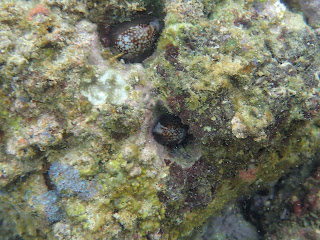 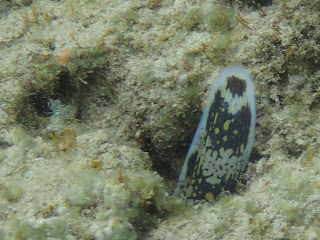 Well hidden eel... well it probably thought so! Reminded me of a kid, thinking he is hidden...with his butt sticking out. ha. 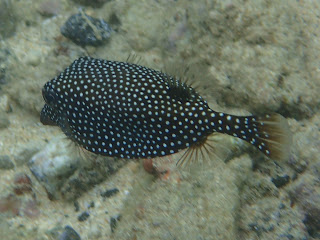 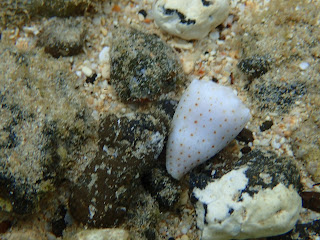 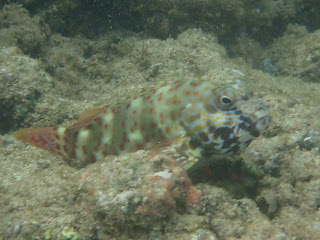 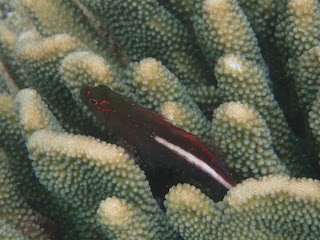 The Rock Mover Wrasse that helped me find octopus #1. 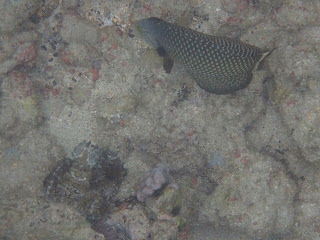 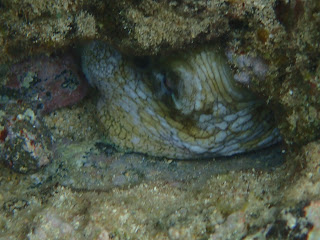 Wrasses can be very bend-y. This is a yellow tail coris. and a parrot. and orange shoulder surgeon. and Moorish Idol. Yeah, a whole mess of fishies! 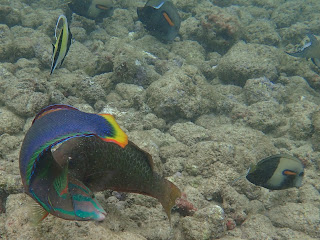 Look how many colors! And this is the one that is red with white spots in the juvenile form. 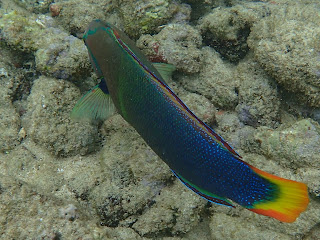 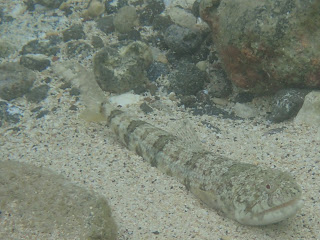 Lizard fish waiting for prey. Sometimes they burrow in the sand, to be even more hidden. 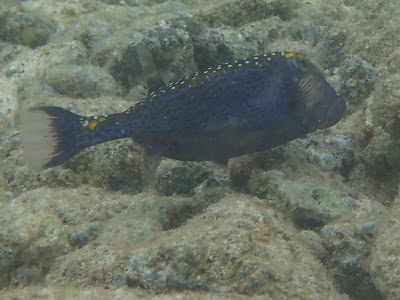 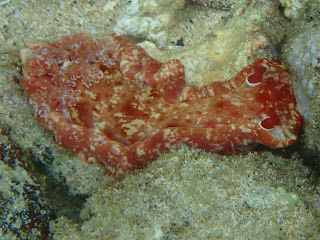 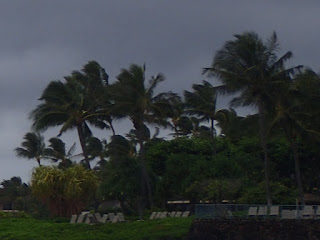 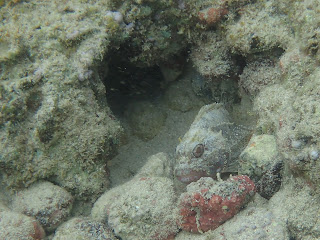 About a week ago, there was an octopus in the hole behind this spotfin scorpion fish. I would hate to think that the fish ate the octopus. Not impossible, but hopefully not a fact. 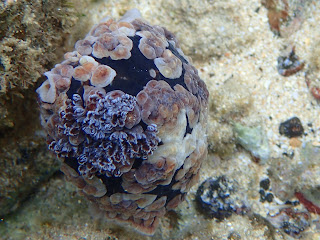 This seems like a nudibranch, but it was all balled up and rolling around like it was dead, maybe. Of course, I didn't touch it.. 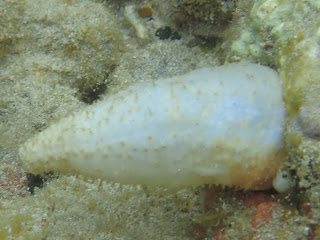 Another mystery. This was sticking out of a rock. Really no guess about what it was..maybe some kind of sea cucumber? 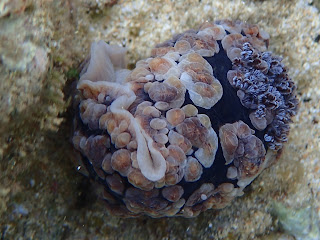 Another shot of the possible nudibranch...

Great octopuses. Lots of pretty. A couple of firsts. And this was on a day when the predictions were for bad visibility, rain and possible brown water! Glad I went.
Posted by octopigirl7 at 5:49 PM